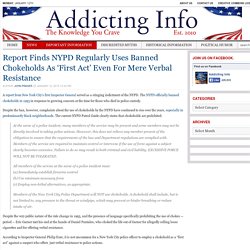 The NYPD officially banned chokeholds in 1993 in response to growing concern at the time for those who died in police custody. Despite the ban, however, complaints about the use of chokeholds by the NYPD have continued to rise over the years, especially in predominantly black neighborhoods. The current NYPD Patrol Guide clearly states that chokeholds are prohibited: At the scene of a police incident, many members of the service may be present and some members may not be directly involved in taking police actions.

However, this does not relieve any member present of the obligation to ensure that the requirements of the law and Department regulations are complied with. According to Inspector General Philip Eure, it is not uncommon for a New York City police officer to employ a chokehold as a “first act” against a suspect who offers just verbal resistance to police actions. Anti-terror bill to focus on preventive arrests; possible border laws. The government plans to table an anti-terrorism bill as soon as late January that will likely include preventive arrests to thwart suspected terrorist acts. 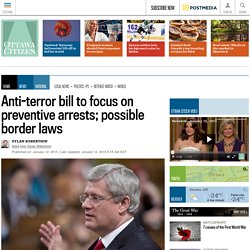 The government has also hinted at laws concerning border security, but not in specific detail. Prime Minister Stephen Harper said last Thursday a new bill is coming soon, which would likely contain “additional powers to make sure that our security agencies have the range of tools available to them to identify potential terror threats and to take arrests and other actions — detention and arrests and other actions — where necessary.” NYPD's Work Stoppage Backfire: Arrest Rates Plummet At No Cost to Public Safety. Members of the New York Police Department are currently engaged in a nonviolent campaign against New York City officials. 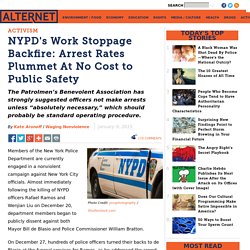 Almost immediately following the killing of NYPD officers Rafael Ramos and Wenjian Liu on December 20, department members began to publicly dissent against both Mayor Bill de Blasio and Police Commissioner William Bratton. On December 27, hundreds of police officers turned their backs to de Blasio at the funeral services for Ramos, as he addressed the crowd that had gathered outside the chapel. Facebook. Facebook. Pulitzer winner Chris Hedges on Roots of Terrorism, Free Speech Hypocrisy & Translating #JeSuisCharlie — RT Breaking the Set. 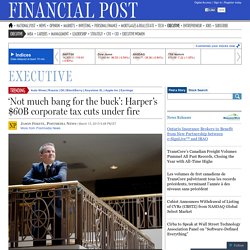 That’s the estimated amount of tax relief Prime Minister Stephen Harper’s government has offered up to businesses in Canada since taking power in 2006 — reducing the country’s corporate tax rates to some of the lowest in the world. The government maintains the widespread corporate tax relief has been an answer for the sluggish Canadian economy — spurring investment and job creation, while putting tax dollars back into the pockets of business owners, taxpayers and shareholders. But with a federal budget coming soon, the $60-billion in business tax breaks are also sparking questions and criticism for a government trying to rein in a deficit estimated at $26-billion and balance the books within two years. “They’ve reduced (corporate) taxes but there has been really not adequate major investment in capital expenditures or job creation,” argues NDP finance critic Peggy Nash. 'Clarissa Explains It All' Clarissa Darling of '90s sitcom "Clarissa Explains It All," has given us the 411 on everything from pimples to training bras to annoying little brothers. 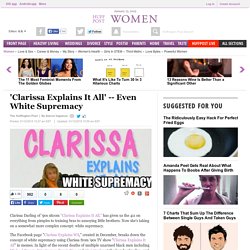 Boehner Screws The Middle Class Out Of $2000 Tax Cut, Saves 1%ers Billions. House Speaker John Boehner, proving yet again that he cares not one bit about average Americans, shot down a proposal from House Democrats that would have put $2000 into the pockets of couples earning less than $200k a year. 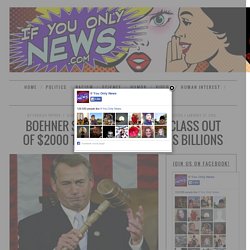 According to the Washington Post, the proposed tax cut would have gone a long way towards addressing income inequality: KeySweeper — Arduino-based Keylogger for Wireless Keyboards - Hacker News. Security researcher has developed a cheap USB wall charger that is capable to eavesdrop on almost any Microsoft wireless keyboard. 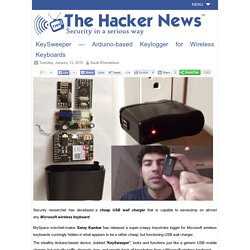 MySpace mischief-maker Samy Kamkar has released a super-creepy keystroke logger for Microsoft wireless keyboards cunningly hidden in what appears to be a rather cheap, but functioning USB wall charger. The stealthy Arduino-based device, dubbed "KeySweeper", looks and functions just like a generic USB mobile charger, but actually sniffs, decrypts, logs, and reports back all keystrokes from a Microsoft wireless keyboard. Schrodinger's Carrier: AT&T Is/Is Not A Common Carrier Depending On Who's Looking For What Reason. 'CrossCountry Canada' Is Now Free to Play Online. All 'CrossCountry Canada' screencaps via Internet Archive. 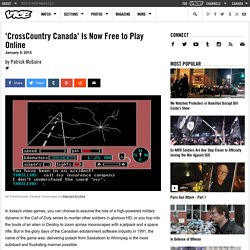 Why the Internet is slowly strangling religion. This article originally appeared on AlterNet. 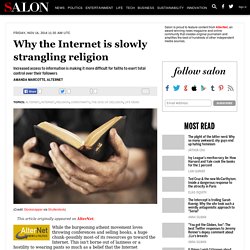 While the burgeoning atheist movement loves throwing conferences and selling books, a huge chunk–possibly most–of its resources go toward the Internet. This isn’t borne out of laziness or a hostility to wearing pants so much as a belief that the Internet is uniquely positioned as the perfect tool for sharing arguments against religion with believers who are experiencing doubts. It’s searchable, it allows back-and-forth debate, and it makes proving your arguments through links much easier. Bill Maher - Bill Maher a partagé la photo de Occupy... 10 Things the Media Won't be Talking About After the Paris Terror Attack. | WTF News | The Paris terror attack has sucked up all the oxygen in the room, nothing else will be discussed. 1. 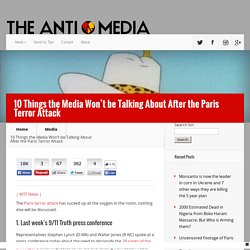 Last week’s 9/11 Truth press conference Representatives Stephen Lynch (D-MA) and Walter Jones (R-NC) spoke at a press conference today about the need to declassify the 28 pages of the 9/11 report, which implicates terror aid and funding from Saudi Arabia and possibly other countries. 2015 will be the year of 9/11 Truth and this is 0.1% of it. And this is 0.1% of #911truth RT @RepWalterJones: Speaking on the need to #declassify the 28 pgs on @foxandfriends pic.twitter.com/CV1LC7f1JV— WTFRLY.com (@WTFRLY) January 8, 2015 A lot of ppl appreciate this RT @RepStephenLynch: Speaking at a press conference … to #declassify the #28Pages pic.twitter.com/7VGim6Je96— WTFRLY.com (@WTFRLY) January 8, 2015 Honored to be joined by families of 9/11 victims who shared powerful testimony on the need to #declassify #28pages pic.twitter.com/cMneekKEjA— Rep.

These Are The Last Remaining Old School Mississippi Blues Musicians. Occupy Calgary - p If you earn $136,275, you’re in... The Young Turks - Think “White Pride” is racist? Well... Addicting Info - Fox News has enlisted two of their... What David Cameron just proposed would endanger every Briton and destroy the IT industry.