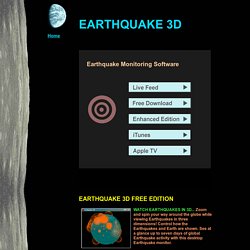 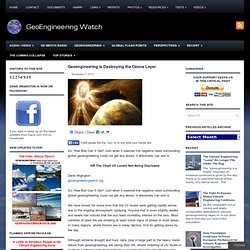 Just when it seemed the negative news surrounding global geoengineering could not get any worse, it absolutely can and is. Off The Chart UV Levels Not Being Disclosed Dane Wigington geoengineeringwatch.org We have known for some time that the UV levels were getting rapidly worse due to the ongoing atmospheric spraying. Anyone that is even slightly awake and aware has noticed that the sun feels incredibly intense on the skin. Although extreme drought and toxic rains (due in large part to the heavy metal fallout from geoengineering) are taking their toll, recent metering of UV levels in Northern California indicate that there is an element in this die off that is far worse than we had realized, an incomprehensibly high level of UV radiation. From a recent science study on excessive UV: “Everybody talks about the weather but nobody does anything about it.” Mark Twain. Carnicom Institute - Research for the Benefit of Humanity. 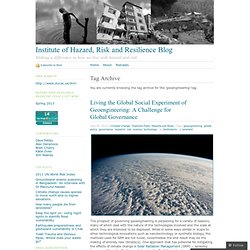 When it comes to controversial scientific research many scientists can be dismissive or evasive when it comes to dealing with the public. But when it comes to looking at the bigger picture of how the research could interface with policy and in turn governance, it is actually non-scientists that may hold some of the answers, and not necessarily those in high positions of political or financial power either. Stop The Experimental Weather Modification Bill. News And Updates. GeoEngineering, SRM (aka Chemtrails) - Look UP, Get the APP, Save the WORLD. 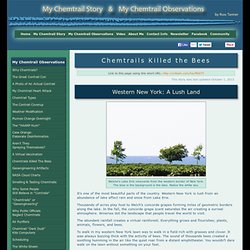 The blue in the background is the lake. Notice the white sky. Atmospheric Aerosols: What Are They, and Why Are They So Important. Aerosols are minute particles suspended in the atmosphere. 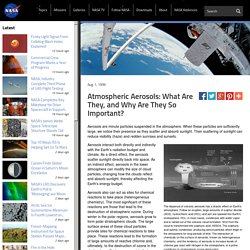 Bill Gates funds scheme to spray artificial 'planet-cooling' sulfur particles into atmosphere. (NaturalNews) Geo-engineers are finally coming out of the "chemtrail" closet, as reports are now emerging about deliberate plans in the works to dump untold tons of sulfate chemicals into the atmosphere for the purported purpose of fighting so-called "global warming. 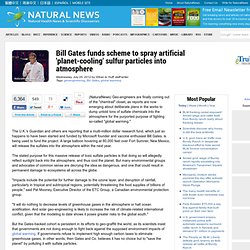 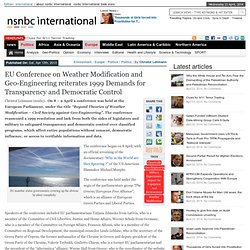 On 8 – 9 April a conference was held at the European Parliament, under the title “Beyond Theories of Weather Modification – Civil Society against Geo-Engineering”. The conference reassessed a 1999 resolution and lack from both the sides of legislators and military to safeguard transparency and democratic control over classified programs, which affect entire populations without consent, democratic influence, or access to verifiable information and data. EU member states governments covering up the obvious by silent complicity. Programma_conferenza_bruxel_eng. Chemtrails hearing EU parliament. Newsroom : Scientists sound caution on geoengineering. Scientists sound caution on geoengineering [Date: 2012-08-01] Geoengineering, the deliberate large-scale engineering and manipulation of the planetary environment, is not only for the realm of science fiction but a potentially realistic option to mitigate climate change. 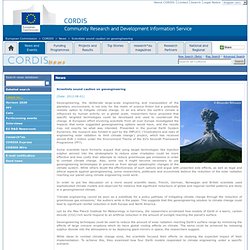 In an era where the earth's climate is influenced by human activity on a global scale, researchers have proposed that specific targeted technologies could be developed and used to countervail the change. A European effort involving scientists from all over Europe investigated the impacts that some suggested geoengineering options would have, and the results may not exactly be what was intended. Off: Timeline History of Weather Modification, Weather Warfare, Climate Modification, and Geoengineering (UPDATED 3.23.13) This timeline focuses on the development and implementation of weather modification technologies in English Speaking countries – especially the USA -- because that’s the language I speak and the territory I live in. 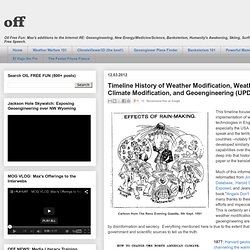 Several other countries --notably Russia and China -- have developed similarly powerful weather modification capabilities over the same time frame, but delving deep into that history is beyond the scope of this paper or the translation abilities of its author. Much of this information has been adapted and reformatted from Jim Lee’s Radiation Database, Harold Saive’s GeoEngineering Exposed, and Jeane Manning & Dr. 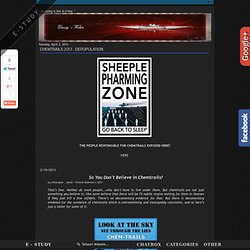 Jim Phelps is the national lab person that discovered serious issues in terminal event theory of global systems, invented Star Wars weapons, forced the DOE to begin clean up of pollution damaging workers and communities, discovered the air pharmacology techniques [aka chemtrails], and forced the closure of K-25 and other DOE plants. New Posters From Activist Will Ryan Of Nelson’s Clear Skies Action Group. The following message comes to us from regular contributor Will Ryan of the Clear Skies Action Group of Nelson, in an e-mail dated February the 19th:“Massive chemtrail spraying over Nelson the last couple of days. Heaviest for weeks so something big is going down with the globalist schemes. Attached a poster I put on a town wall last night, which got a lot of attention, as well as a poster that gives a pictorial overview of what this government is up to as the main dirty schemes. Hoping it goes viral! Weather Modification, Inc. The Cloudspotter’s Guide US Edition.

Portrait of Global Aerosols. Skywatcher: Contrails, Chemtrails and Artificial Clouds. Symptoms Resulting From Chemtrail Spraying. Child using asthma inhaler. Source: OkanaganChemtrails.blog.ca Over the past ten years, through research and the personal accounts of many individuals, it has become readily apparent that the aluminum and barium salt mixtures, polymer fibers, toxic chemicals and biologicals sprayed in the atmosphere are the irritants that are either directly or indirectly responsible for health problems on the rise in the United States and elsewhere. End Geoengineering - Health Affects of Geoengineering. Oxford Geoengineering Programme // Geoengineering Governance Research. Geoengineering promises to be a controversial subject. Climate change raises serious moral and political issues. The development of new and powerful technologies has also been wracked with moral and political dilemmas.

As a set of potential technological responses to climate change, geoengineering raises both sets of problems simultaneously. Research led by Dr. Chemtrail Illness: Coughing Up a Lung in Your Head. Illness Coincides with Spraying This Comment Appeared at: On 1999-06-07 Dana Davis writes: CALIFORNIA [May 9] - Currently have slight offshore winds and the San Jose chemtrails are drifting overhead now.

It is very hazy and again we have rainbow halo around the sun. Got on top of the house for better veiw and spotted heavy activity directly over Monterey Bay. " Health. REMOVING METALS FROM THE BODY: As geo-engineering programs continue, we are constantly forced to breath in fine metal particulates. According to health care officials, these metals will accumulate in the body and have a negative effect on health.