Person Asks Online For Advice On How To Deal With Grief. This Reply Is Incredible. What I've learned about grief in 9 years since my son died. It’s funny what you fixate on in a crisis. 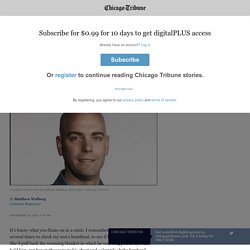 I remember asking the doctor several times to check my son’s heartbeat, to see if he had finally passed. She’d pull back the warming blanket in which he was wrapped as my wife held him, put her stethoscope to his chest and solemnly shake her head. The last time was at 10:44 p.m. For some reason, it was important for me to know when he died. That was nine years ago this week. In a way, it was a mercy. We have a little box of his things.

We pull it out almost every year on the anniversary of his death, and unpack it slowly. Funeral Etiquette. What is the difference between a memorial service and a funeral? 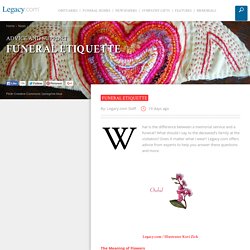 What should I say to the deceased's family at the visitation? Does it matter what I wear? Legacy.com offers advice from experts to help you answer these questions and more. The Meaning of Flowers Floriography (the language of flowers) gives special meaning to different blooms. Memorial Service Etiquette Q: "My brother’s funeral was in another state and my immediate family was unable to attend. What is a Memorial Service? Q. Should I Attend? Q. When Not to Attend a Funeral A funeral is a time when family members can find forgiveness or compassion for each other and heal fractured relationships — or cement rifts that began far in the past.

Visitation Etiquette To get a better understanding of what we may expect, I turned to a funeral professional, Stuart Clark, owner of McClelland & Slessor Funeral Home in Ontario, Canada. A Dad’s (Men’s) Grief Part One. Hi folks! 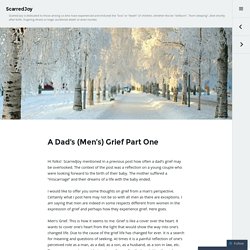 Men’s Grief Part 2 by ScarredJoy. My apologies for being absent for a while. 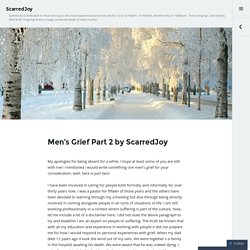 I hope at least some of you are still with me! I mentioned I would write something one men’s grief for your consideration. well, here is part two! I have been involved in caring for people both formally and informally for over thirty years now. I was a pastor for fifteen of those years and the others have been devoted to learning through my schooling but also through being directly involved in coming alongside people in all sorts of situations of life. I am still working professionally in a context where suffering is part of the culture. Here is an interesting note on men’s grief. Our grief, for either men or women, may imbalance us in numerous ways. Kathy’s Miracle — Believe — Page 3. Kathy’s Miracle — Believe. Atul Gawande on facing death - Health Report. In his distinguished career, surgeon, writer and researcher Atul Gawande has examined everything from Ebola to solitary confinement in American prisons. 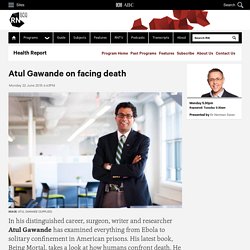 His latest book, Being Mortal, takes a look at how humans confront death. He spoke to the Health Report’s Norman Swan at Sydney Writers’ Festival. On family One of the motivations for writing the book was my dad's brain tumour. My dad was a surgeon, and he developed a tumour in his brain stem and spinal cord [and] became gradually quadriplegic. Over time, we had these conversations where I would ask questions like, ‘What's your understanding of where you are with your health at this time? As people get older, their health declines, their abilities decline, and they get happier. I told him the story of one of my colleagues, whose father told her, 'You know, I’m willing to sacrifice a lot, as long as I can still eat chocolate ice cream and watch football on television.' So I said, 'This is what her dad said, would that work for you?

' Discussing death at any age, even over a meal, helps to lead a happy life, expert says. By Kellie Scott Updated Talking about death is key to busting a cultural taboo that impacts our quality of life, an expert has warned. 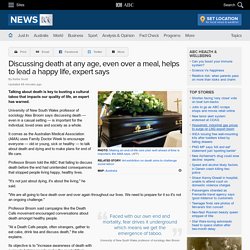 University of New South Wales professor of sociology Alex Broom says discussing death — even in a casual setting — is important for the individual, loved ones and society as a whole. It comes as the Australian Medical Association (AMA) uses Family Doctor Week to encourage everyone — old or young, sick or healthy — to talk about death and dying and to make plans for end of life care. Life After Aila - Our story of infant loss. This blog has given me a place to share a piece of myself in an effort to help others. 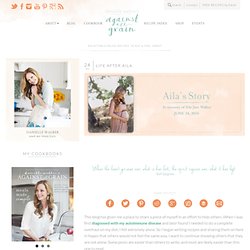 When I was first diagnosed with my autoimmune disease and later found I needed to do a complete overhaul on my diet, I felt extremely alone. So I began writing recipes and sharing them on here in hopes that others would not feel the same way. I want to continue showing others that they are not alone. Some posts are easier than others to write, and most are likely easier than this one to read. I am so appreciative that so many of you have chosen to enter into our pain with us, when it would be easier on your hearts to just look away and pretend that Aila never existed. Similarly to my diagnosis, I felt entirely alone with our first pregnancy loss in 2009 and our recent infant loss of our daughter Aila. It is something that is not often discussed in public, because it’s uncomfortable and easier left forgotten. Things are far from normal, or at least the normal that we know. Coping with Grief and Loss: Support for Grieving and Bereavement.