UK 'first in line' for US trade deal, says John Bolton. Image copyright Reuters The UK is "first in line" for a trade deal with the US, President Trump's national security adviser has said. 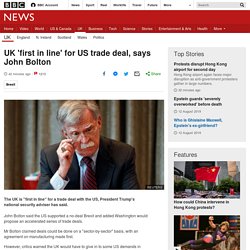 John Bolton said the US supported a no-deal Brexit and added Washington would propose an accelerated series of trade deals. Mr Bolton claimed deals could be done on a "sector-by-sector" basis, with an agreement on manufacturing made first. However, critics warned the UK would have to give in to some US demands in return for any trade agreement. His comments came after meeting Prime Minister Boris Johnson at No 10.

According to Mr Bolton, a bilateral agreement or "series of agreements" could be carved out "very quickly, very straight-forwardly". While saying that "both President Trump and I were leavers before there were leavers", he added a trade deal for financial services and agriculture would not be the first to be agreed. Brexit: Could US companies run NHS services after Brexit? The last shift at Ebbw Vale. For more that 200 years the town of Ebbw Vale, situated in an isolated valley in south Wales, owed its existence to the heavy industries of coal and iron that emerged there in the late 18th Century. 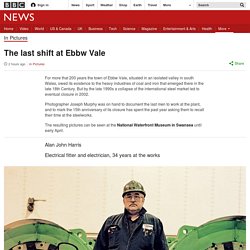 But by the late 1990s a collapse of the international steel market led to eventual closure in 2002. Photographer Joseph Murphy was on hand to document the last men to work at the plant, and to mark the 15th anniversary of its closure has spent the past year asking them to recall their time at the steelworks. The resulting pictures can be seen at the National Waterfront Museum in Swansea until early April.

Alan John Harris. BBC Radio 4 - Radio 4 in Four - 14 Ways You Know You’ve Got Too Much Stuff. Split Ticket Search. Split Your Train Tickets - TrainSplit.com. We do not charge booking or debit/credit card fees Trainsplit.com is dedicated to saving money on train tickets. 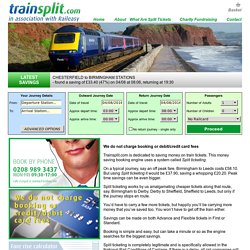 This money saving booking engine uses a system called Split ticketing. On a typical journey, say an off peak fare, Birmingham to Leeds costs £58.10. But using Split ticketing it would be £37.90, saving a whopping £20.20. Peak time savings can be even bigger. Split ticketing works by us amalgamating cheaper tickets along that route, say, Birmingham to Derby, Derby to Sheffield, Sheffield to Leeds, but only if the journey stops en route. 'Old school' synthesiser built 40 years on. An electronic sequencer and synthesiser has been built based on designs produced more than 40 years ago by electronic music pioneer Daphne Oram. 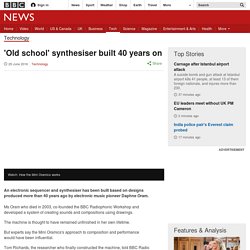 Ms Oram who died in 2003, co-founded the BBC Radiophonic Workshop and developed a system of creating sounds and compositions using drawings. Tim Peake returns to Earth. Summary British astronaut Tim Peake has returned to Earth after a six-month stay aboard the International Space Station (ISS)During his mission, Major Peake completed the first spacewalk by a UK astronaut and ran the London MarathonHe completed 2,976 orbits of Earth and covered a distance of roughly 125 million kmA Soyuz capsule carrying Major Peake, American Tim Kopra and Russian Yuri Malenchenko undocked from the ISS at 06:53 BSTAfter plunging through the atmosphere the capsule touched down in Kazakhstan at 10:15 BSTAll three crew members are safe and are undergoing routine medical checks. 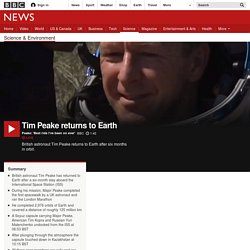 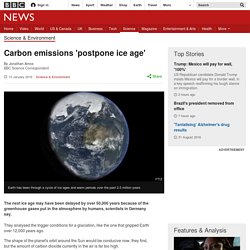 They analysed the trigger conditions for a glaciation, like the one that gripped Earth over 12,000 years ago. The shape of the planet's orbit around the Sun would be conducive now, they find, but the amount of carbon dioxide currently in the air is far too high. Earth is set for a prolonged warm phase, they tell the journal Nature. How to set up your own Raspberry Pi powered VPN. 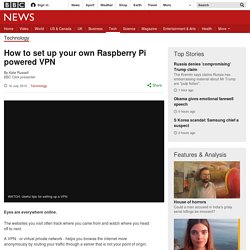 How can we store more energy from the sun and the wind? Image copyright Solar Reserve It could be a scene from a science fiction movie. 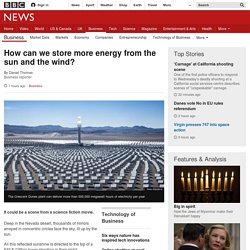 Deep in the Nevada desert, thousands of mirrors arrayed in concentric circles face the sky, lit up by the sun. How thermal imaging tech is about to become hot stuff. Image copyright Detroit Zoo Soon we'll all be feeling the heat, thanks to thermal imaging technology. 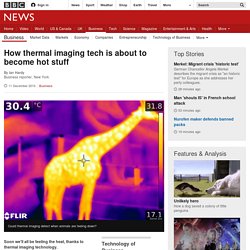 Although it's already been used by industry, the military and some emergency services, it was expensive and therefore had a limited market. But in the same way that GPS location tech has now found its way into cars, smartphones, cameras and many other devices, thermography, as it's more properly known, is on the brink of becoming a universal technology, too.

London Stock Exchange LSE. BBC - Homepage. A public appeal for people who can repair BBC Micro computers has been launched by a museum. 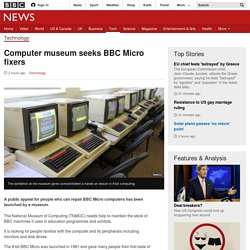