The Doomsday Conspiracy. Synopsis[edit] Robert Bellamy, an agent of the ONI receives a mission on behalf of NSA: to locate the witnesses of the crash of an experimental meteorological balloon in Switzerland, for which he is only given the date, the place where it happened, and the fact that the witnesses were passengers of a bus tour. 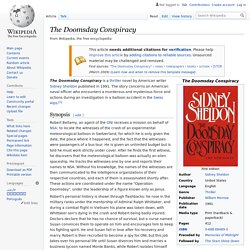 He is given an unlimited budget but is told he must work strictly under cover. After he finds the first witness, he discovers that the meteorological balloon was actually an alien spaceship. He tracks the witnesses one by one and reports their names to NSA. The Bourne Identity (novel) The preface of the novel consists of two real-life newspaper articles from 1975 about terrorist Ilich Ramírez Sánchez, known as "Carlos the Jackal. 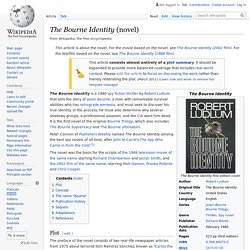 " After being nursed back to health by a local doctor, he goes to Zurich to gain access to the bank, where a clerk recognizes him. The man determines that his name is "Jason Charles Bourne", that he has relations with a firm called Treadstone Seventy-One Corporation, and that his account holds 7.5 million Swiss francs (equivalent to $5 million in the novel). Circumstantial evidence leads Bourne to suspect that he should go to Paris, so he wires most of the money there. At the bank and his hotel, men try to kill Bourne, so he quickly takes another hotel guest, Canadian government economist Marie St. Jacques, as a hostage in order to escape. They head to Paris to find clues about Bourne's past. In Paris, Bourne has managed to convince a French general named Villiers to help him.

The epilogue sees St. Ekphrasis. Describing visual art in words "The presence that thus rose so strangely beside the waters, is expressive of what in the ways of a thousand years men had come to desire. 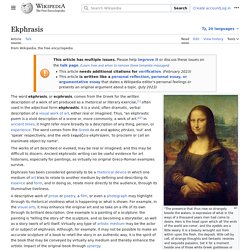 Hers is the head upon which all 'the ends of the world are come', and the eyelids are a little weary. It is a beauty wrought out from within upon the flesh, the deposit, little cell by cell, of strange thoughts and fantastic reveries and exquisite passions. Set it for a moment beside one of those white Greek goddesses or beautiful women of antiquity, and how would they be troubled by this beauty, into which the soul with all its maladies has passed! Aarne–Thompson–Uther Index. Index used to classify folk narratives The Aarne–Thompson–Uther Index (ATU Index) is a catalogue of folktale types used in folklore studies. 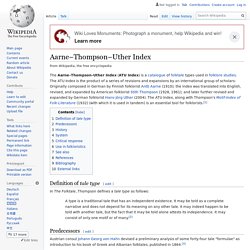 The ATU Index is the product of a series of revisions and expansions by an international group of scholars: Originally composed in German by Finnish folklorist Antti Aarne (1910); the index was translated into English, revised, and expanded by American folklorist Stith Thompson (1928, 1961); and later further revised and expanded by German folklorist Hans-Jörg Uther (2004). The ATU Index, along with Thompson's Motif-Index of Folk-Literature (1932) (with which it is used in tandem) is an essential tool for folklorists.[1] Nabataean alphabet. Example in Nabataean alphabet The Nabataean alphabet is an abjad (consonantal alphabet) that was used by the Nabataeans in the second century BC.[2][3] Important inscriptions are found in Petra (now in Jordan), the Sinai Peninsula (now part of Egypt), and other archaeological sites including Avdat (now in Israel) and Mada'in Saleh in Saudi Arabia. 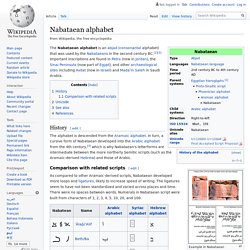 History[edit] The alphabet is descended from the Aramaic alphabet. In turn, a cursive form of Nabataean developed into the Arabic alphabet from the 4th century,[3] which is why Nabataean's letterforms are intermediate between the more northerly Semitic scripts (such as the Aramaic-derived Hebrew) and those of Arabic. Tablet with the Nabataean alphabet on it. Comparison with related scripts[edit] As compared to other Aramaic-derived scripts, Nabataean developed more loops and ligatures, likely to increase speed of writing. Unicode[edit] See also[edit] Ancient South Arabian script References[edit] Kufic. Kufic script (Arabic: الخط الكوفي‎) is a style of Arabic script that gained prominence early on as a preferred script for Quran transcription and architectural decoration, and it has since become a reference and an archetype for a number of other Arabic scripts. 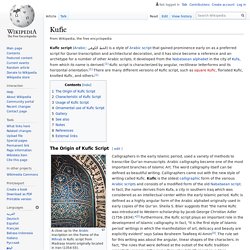 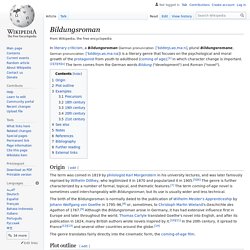 Origin[edit] The term was coined in 1819 by philologist Karl Morgenstern in his university lectures, and was later famously reprised by Wilhelm Dilthey, who legitimized it in 1870 and popularized it in 1905. The Conference of the Birds. Persian poem by Sufi poet Attar The Conference of the Birds or Speech of the Birds (Persian: منطق الطیر‎, Manṭiq-uṭ-Ṭayr, also known as مقامات الطیور Maqāmāt-uṭ-Ṭuyūr; 1177) is a Persian poem by Sufi poet Farid ud-Din Attar, commonly known as Attar of Nishapur. 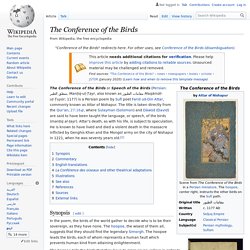 The title is taken directly from the Qur’an, 27:16, where Sulayman (Solomon) and Dāwūd (David) are said to have been taught the language, or speech, of the birds (manṭiq al-ṭayr). Attar’s death, as with his life, is subject to speculation. Blog Directory - Nathan Bransford. Writing advice database - Nathan Bransford. Arrival - Analysis - Narrative First.

The Storyform, Influence Character Unique Ability, and Influence Character Critical Flaw The one thing that sets the Dramatica theory of story apart from every other understanding of story is its ability to know both the ending and beginning of your story no matter where you physically start the process of writing a story. 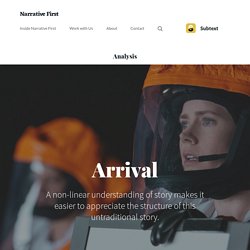 In part, the story of Arrival is the story of Dramatica—a holistic “non-linear” approach to resolving issues that long plagued a traditional linear methodology. Linguist Louise (Amy Adams) begins the story confronted with memories and images of a distant past. “Memory is a strange thing. It doesn’t work like I thought it did. Elsewhere. Author K.M. 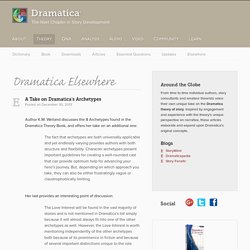 Weiland discusses the 8 Archetypes found in the Dramatica Theory Book, and offers her take on an additional one: The fact that archetypes are both universally applicable and yet endlessly varying provides authors with both structure and flexibility. Character archetypes present important guidelines for creating a well-rounded cast that can provide optimum help for advancing your hero’s journey. But, depending on which approach you take, they can also be either frustratingly vague or claustrophobically limiting. Her last provides an interesting point of discussion: Latest writing topics - Discuss Dramatica. Plot (narrative) Plot and Story. Plot is the cause‐and‐effect sequence of events in a story.[1] Plot is a narrative (and, traditionally, literary) term defined as the events that make up a story, particularly: as they relate to one another in a pattern or in a sequence; as they relate to each other through cause and effect; how the reader views the story; or simply by coincidence.

Authors are generally interested in how well this pattern of events accomplishes some artistic or emotional effect. Godwin's The Adventures of Caleb Williams. As written for insertion in the edition of FLEETWOOD when that novel was reprinted in Bentley's "Standard Novels' as No. XXII (1832) London, November 20, 1832 CALEB WILLIAMS has always been regarded by the public with an unusual degree of favour. 11 Books To Read While You're Writing Your Bestseller. Writing is hard. It's pain and anguish, and writers do it either by compulsion or for fun, because there's something wrong with each and every one of us. And once you're done putting words to paper, attempting to publish your fiction, poetry, and essays is an all-new, challenging ballgame. Metonymy. Metonymy (/mɛˈtɒnəmi/)[1] is a figure of speech in which a thing or concept is referred to by the name of something closely associated with that thing or concept.[2] Etymology[edit] The words metonymy and metonym come from the Greek μετωνυμία, metōnymía, "a change of name", from μετά, metá, "after, beyond", and -ωνυμία, -ōnymía, a suffix that names figures of speech, from ὄνυμα, ónyma or ὄνομα, ónoma, "name".[3]