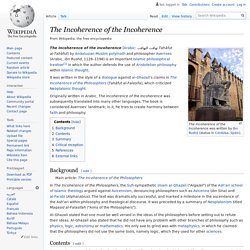 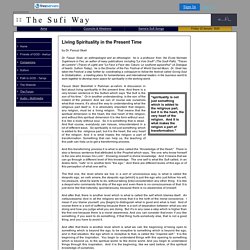 Faouzi Skali Dr. Faouzi Skali, an anthropologist and an ethnologist; he is a professor from the Ecole Normale Supérieure in Fes; an author of many publications including "La Voie Soufi" (The Soufi Path), "Traces de Lumiere" (Traces of Light) and "Le Face à Face des Cœurs: Le soufisme aujourd'hui" (A Dialogue of hearts: Sufism Today), he is the Director of the Fes Festival of World Sacred Music. Dr. The Language of the Future. Transcendental homelessness. Habent sua fata libelli. William Camden used the phrase in the preface to Britannia (1607), the first chorographical survey of the islands of Great Britain and Ireland. 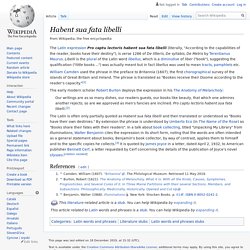 The phrase is translated as "Bookes receive their Doome according to the reader's capacity. "[1] Our writings are as so many dishes, our readers guests, our books like beauty, that which one admires another rejects; so are we approved as men's fancies are inclined. Pro captu lectoris habent sua fata libelli.[2] Hurufism. Hurufism[1] (Arabic: حُرُوفِيَّة‎ ḥurūfiyyah) was a Sufi doctrine based on the mysticism of letters (ḥurūf),[2] which originated in Astrabad and spread to areas of western Persia and Anatolia in the late 14th–early 15th century. 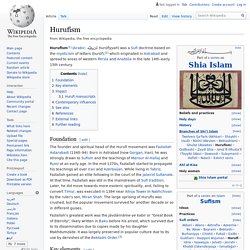 Foundation[edit] Fazlallah's greatest work was the Jāvdānnāme-ye kabir or "Great Book of Eternity", likely written in Baku before his arrest, which survived due to its dissemination due to copies made by his daughter Makhdumzāde. It was largely preserved in popular culture due to its use by dervishes of the Bektashi Order.[3] Key elements[edit] William Godwin. Early life and education[edit] He then acted as a minister at Ware, Stowmarket and Beaconsfield. 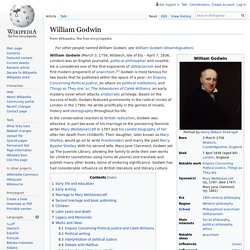 At Ware the teachings of the French philosophers were brought before him by a friend, Joseph Fawcett, who held strong republican opinions. Godwin came to London in 1782, still nominally as a minister, to regenerate society with his pen – a real enthusiast, who never shrank from conclusions of the premises which he laid down. He adopted the principles of the Encyclopédistes, and his own aim was the complete overthrow of all existing political, social and religious institutions. He believed, however, that calm discussion was the only thing needful to carry every change, and from the beginning to the end of his career he deprecated every approach to violence. Early writing[edit] Novikov self-consistency principle. The Novikov self-consistency principle, also known as the Novikov self-consistency conjecture and Larry Niven's law of conservation of history, is a principle developed by Russian physicist Igor Dmitriyevich Novikov in the mid-1980s. 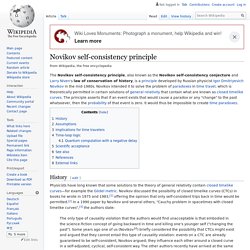 Novikov intended it to solve the problem of paradoxes in time travel, which is theoretically permitted in certain solutions of general relativity that contain what are known as closed timelike curves. Kōan. A kōan (公案) (/ˈkoʊæn, -ɑːn/;[1] Chinese: 公案; pinyin: gōng'àn, [kʊ́ŋ ân]; Korean: 공안 gong-an; Vietnamese: công án) is a story, dialogue, question, or statement which is used in Zen practice to provoke the "great doubt" and to practice or test a student's progress in Zen. 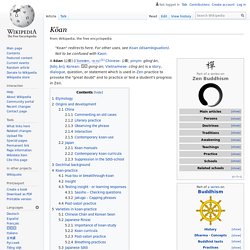 Etymology[edit] According to the Yuan dynasty Zen master Zhongfeng Mingben (中峰明本 1263–1323), gōng'àn originated as an abbreviation of gōngfǔ zhī àndú (公府之案牘, Japanese kōfu no antoku—literally the andu "official correspondence; documents; files" of a gongfu "government post"), which referred to a "public record" or the "case records of a public law court" in Tang dynasty China. [note 1] Kōan/gong'an thus serves as a metaphor for principles of reality beyond the private opinion of one person, and a teacher may test the student's ability to recognize and understand that principle. Commentaries in kōan collections bear some similarity to judicial decisions that cite and sometimes modify precedents. 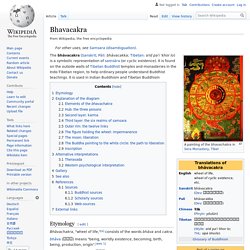 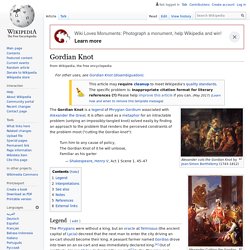 It is often used as a metaphor for an intractable problem (untying an impossibly-tangled knot) solved easily by finding an approach to the problem that renders the perceived constraints of the problem moot ("cutting the Gordian knot"): Turn him to any cause of policy, The Gordian Knot of it he will unloose, Familiar as his garter Legend[edit] The Phrygians were without a king, but an oracle at Telmissus (the ancient capital of Lycia) decreed that the next man to enter the city driving an ox-cart should become their king. Kim (novel)

By chance, Kim's father's regimental chaplain identifies Kim by his Masonic certificate, which he wears around his neck, and Kim is forcibly separated from the lama. 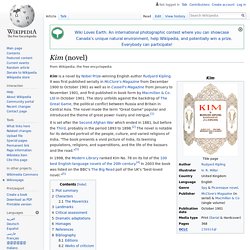 The lama insists that Kim should comply with the chaplain's plan because he believes it is in Kim's best interests, and the boy is sent to a top English school in Lucknow. The lama funds Kim's education. Thomas Hobbes. 17th-century English philosopher Biography[edit] Early life and education[edit] At university, Hobbes appears to have followed his own curriculum; he was "little attracted by the scholastic learning. " Julien Offray de La Mettrie. Julien Offray de La Mettrie (French: [ɔfʁɛ də la metʁi]; November 23, 1709[1] – November 11, 1751) was a French physician and philosopher, and one of the earliest of the French materialists of the Enlightenment.

He is best known for his work L'homme machine (Machine Man).[2] Early life[edit] La Mettrie was born at Saint-Malo in Brittany on November 23, 1709, and was the son of a prosperous textile merchant. His initial schooling took place in the colleges of Coutances and Caen. After attending the Collège du Plessis in Paris, he seemed to have acquired a vocational interest in becoming a clergyman, but after studying theology in the Jansenist schools for some years, his interests turned away from the Church. Medical career[edit] Marshall Berman. Marshall Howard Berman (/ˈbɜːrmən/; November 24, 1940 – September 11, 2013) was an American philosopher and Marxist humanist writer. He was a Distinguished Professor of Political Science at The City College of New York and at the Graduate Center of the City University of New York, teaching political philosophy and urbanism. Life and work[edit] In Adventures in Marxism, Berman tells of how, while a Columbia University student in 1959, the chance discovery of Karl Marx's Economic and Philosophical Manuscripts of 1844 proved a revelation and inspiration, and became the foundation for all his future work.[5] This personal tone pervades his work, linking historical trends with individual observations and inflections from a particular situation.

Berman is best known for his book All That Is Solid Melts into Air. Occam'ın usturası. Ulus baker. Erasmus. Dutch Renaissance humanist, philosopher, Catholic priest and theologian (1466-1536) Desiderius Erasmus Roterodamus (; English: Erasmus of Rotterdam;[note 1] 28 October 1469 – 12 July 1536) was a Dutch philosopher and Christian scholar who is widely considered to have been one of the greatest scholars of the northern Renaissance.[2][3][4] As a Catholic priest, Erasmus was an important figure in classical scholarship who wrote in a pure Latin style.

Break The Code. Weird Tales: Essays and Other Assays. Victor Kandinsky. Victor Khrisanfovich Kandinsky (Russian: Виктор Хрисанфович Кандинский) (April 6, 1849, Byankino, Nerchinsky District, Siberia – July 3, 1889, Saint Petersburg) was a Russian psychiatrist, and was 2nd cousin to famed artist Wassily Kandinsky.[1] He was born in Siberia into a large family of extremely wealthy businessmen.[2] Victor Kandinsky was one of the famous figures in Russian psychiatry and most notable for his contributions to the understanding of hallucinations.[3] Biography[edit] Alfred Korzybski. Alfred Habdank Skarbek Korzybski ([kɔˈʐɨpski]; July 3, 1879 – March 1, 1950) was a Polish-American independent scholar who developed a field called general semantics, which he viewed as both distinct from, and more encompassing than, the field of semantics.