Tucson police officer fired after fatally shooting a 61-year-old in a mobility scooter nine times : news. Americans Can’t Agree About How Often Mass Shootings Occur, Let Alone the Right Policy Response. Mass public shootings are horrifying, seemingly random events with high casualty counts, and for that reason they attract much more press and political attention than far more common kinds of lethal violence, even though they account for a tiny percentage of homicides and gun deaths. 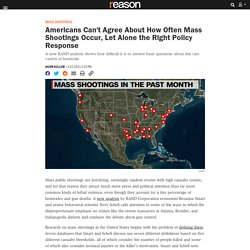 A new analysis by RAND Corporation economist Rosanna Smart and senior behavioral scientist Terry Schell calls attention to some of the ways in which the disproportionate emphasis on crimes like the recent massacres in Atlanta, Boulder, and Indianapolis distorts and confuses the debate about gun control. Research on mass shootings in the United States begins with the problem of defining them. Seven databases that Smart and Schell discuss use seven different definitions based on five different casualty thresholds, all of which consider the number of people killed and some of which also consider nonfatal injuries or the killer's motivation. CNN's definition is defensible for some purposes. InternalAffair comments on SPD Riding a bike into a protester then arresting him. Newark police: No officer fired a single shot in 2020, thanks to de-escalation program. News 12 Staff Dec 30, 2020, 8:38pm EST Updated on:Dec 30, 2020, 8:38pm EST Newark police and city officials say a de-escalation training program is working, especially in a year faced with challenges. 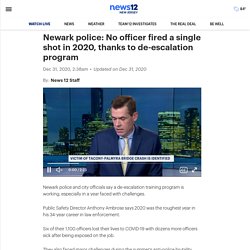 Public Safety Director Anthony Ambrose says 2020 was the roughest year in his 34-year career in law enforcement. Six of their 1,100 officers lost their lives to COVID-19 with dozens more officers sick after being exposed on the job. They also faced major challenges during the summer's anti-police brutality protests. Reclassifying Semi-Automatic Rifles under the National Firearms Act – Zdziarski's Blog of Things. I originally wrote this post in 2016, and dust it off every time there’s a mass shooting in the news. 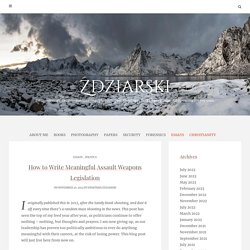 This has been far too often. Mike Mullen: Stop the Slaughter of Our Children. I had hoped that our political leaders would put saving innocent lives ahead of their careers, if necessary sacrificing their own political ambitions to get this done. 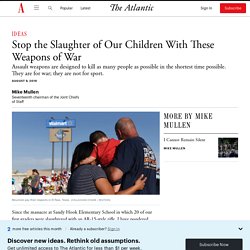 But our politicians have proved unwilling to take up the cause or to take risks for the sake of the many citizens, young and old, murdered both before and after Sandy Hook. Would you gather the courage if it were your son or daughter whose life had been taken? Seminar on training police to kill without hesitation coming to Kansas City this December. Photo by Joe Carey UPDATE: It appears that the remaining 2020 “BulletProof” seminars have been canceled, or at least removed from the Calibre website. 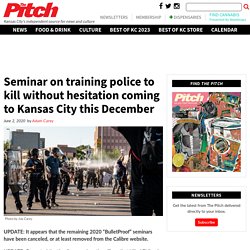 David Grossman, the retired lieutenant turned motivational speaker that specializes in training police officers to kill with less hesitation, is coming to Kansas City. For the low price of $269, Kansas City officers can attend his “BulletProof” seminar on December 10th and 11th of this year. Grossman, author of “On Killing,” is known around the world for training police with his warrior-style “killogy” (seriously, this is real) discipline which he describes as “the scholarly study of the destructive act”. His whole philosophy centers on the idea that all police encounters need to be treated as inherently dangerous and that officers should be ready to kill without hesitation. The 1985 Philadelphia bombing that changed the city forever.

As the smoke rose from 6221 Osage Avenue, Philadelphia residents watched through their windows or television screens in a state of stunned disbelief. 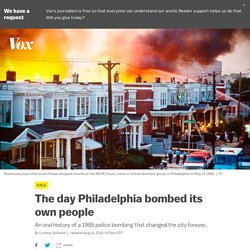 Their city had just bombed its own people. On the evening of May 13, 1985, longstanding tensions between MOVE, a black liberation group, and the Philadelphia Police Department erupted horrifically. That night, the city of Philadelphia dropped a satchel bomb, a demolition device typically used in combat, laced with Tovex and C-4 explosives on the MOVE organization, who were living in a West Philadelphia rowhome known to be occupied by men, women, and children.

It went up in unextinguished flames. Everybody’s Lying About the Link Between Gun Ownership and Homicide. There is no clear correlation whatsoever between gun ownership rate and gun homicide rate. 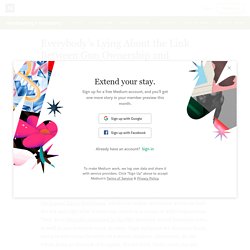 Not within the USA. Not regionally. Paper Obasogie. MarshallLatrice. Police Use of Force: A Review of the Literature. Cops In This City Haven't Killed Anyone Since 2015. Here's One Reason Why. The Counted: people killed by police in the United States in 2015 – interactive. Investigation: Police shootings - Washington Post. Another (Much Higher) Count Of Homicides By Police. Last week, we wrote about the fact that the U.S. government doesn’t track how many people are killed by the police. 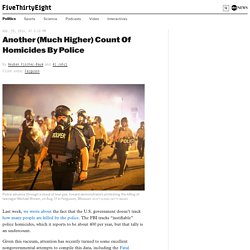 The FBI tracks “justifiable” police homicides, which it reports to be about 400 per year, but that tally is an undercount. Given this vacuum, attention has recently turned to some excellent nongovernmental attempts to compile this data, including the Fatal Encounters database, the recently created Gun Violence Archive and a new database created by Deadspin.

But one recent effort stood out for its apparent comprehensiveness: The Killed By Police Facebook page, which aggregates links to news articles on police-related killings and keeps a running tally on the number of victims. List of killings by law enforcement officers in the United States. Killed By Police - 2015.