Développez des applications desktop multi-plateformes avec JavaScript, HTML et CSS. Welcome to Anbox’s documentation! — Anbox documentation. A Markdown Editor for the 21st Century. Share sound from your computer in a Teams meeting or live event - Office Support. If you're playing a video or audio clip as part of a presentation in a meeting, you'll want to include sound from your computer. 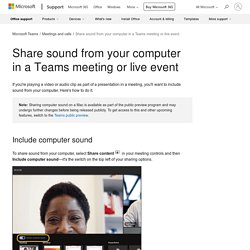 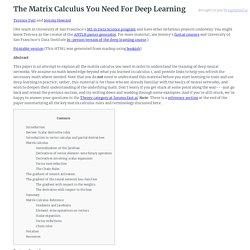 You might know Terence as the creator of the ANTLR parser generator. For more material, see Jeremy's fast.ai courses and University of San Francisco's Data Institute in-person version of the deep learning course.) Easily create Sankey Diagram with these 6 Tools - #TechGeek. A Sankey Diagram, or an Energy Flow Diagram is a visualization used to depict a flow from one set of values to another. 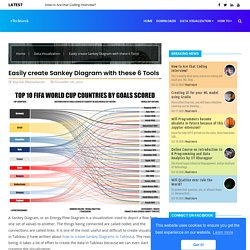 The things being connected are called nodes and the connections are called links. It is one of the most useful and difficult to create visualization in Tableau (I have written about how to create Sankey Diagrams in Tableau). The reason being, it takes a lot of effort to create the data in Tableau because we can even start creating the visualization. However, if you can forgo Tableau, there are a number of tools available which lets you very easily create a Sankey Diagram online. 1. Enseignement - CS 230. SHIFTPHONES - Nachhaltige Technologie aus Deutschland. WebPlotDigitizer - Extract data from plots, images, and maps. Web Application Desktop Version View Source It is often necessary to reverse engineer images of data visualizations to extract the underlying numerical data. 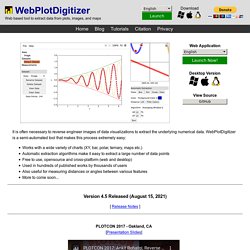 Bash is the Bourne Again SHell. Bash is an sh-compatible shell that incorporates useful features from the Korn shell (ksh) and C shell (csh). It is intended to conform to the IEEE POSIX P1003.2/ISO 9945.2 Shell and Tools standard. It offers functional improvements over sh for both programming and interactive use. In addition, most sh scripts can be run by Bash without modification. The improvements offered by Bash include: Make. GNU Make is a tool which controls the generation of executables and other non-source files of a program from the program's source files. 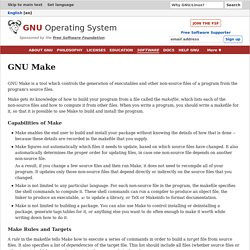 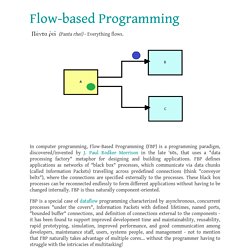 We are announcing the release of our state-of-the-art off-policy model-free reinforcement learning algorithm, soft actor-critic (SAC). 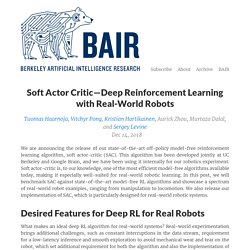 This algorithm has been developed jointly at UC Berkeley and Google Brain, and we have been using it internally for our robotics experiment. Soft actor-critic is, to our knowledge, one of the most efficient model-free algorithms available today, making it especially well-suited for real-world robotic learning. In this post, we will benchmark SAC against state-of-the-art model-free RL algorithms and showcase a spectrum of real-world robot examples, ranging from manipulation to locomotion. 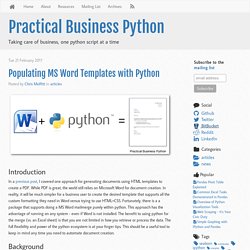 Equation Editor Shortcut Commands. Get Free Instagram Widget for Website. Five. OpenAI Five plays 180 years worth of games against itself every day, learning via self-play. 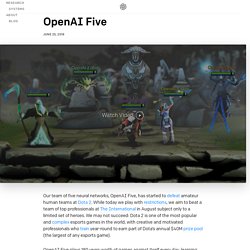 It trains using a scaled-up version of Proximal Policy Optimization running on 256 GPUs and 128,000 CPU cores — a larger-scale version of the system we built to play the much-simpler solo variant of the game last year. HERMES. HER­MES is a pro­ject man­age­ment method for pro­jects in the con­text of in­for­ma­tion tech­nol­ogy, the de­vel­op­ment of ser­vices and prod­ucts, and the chang­ing of or­ga­ni­za­tional struc­tures. 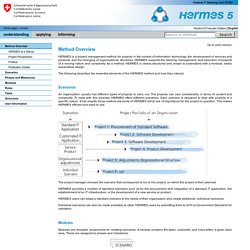 HER­MES sup­ports the steer­ing, man­age­ment, and ex­e­cu­tion of pro­jects of a vary­ing na­ture and com­plex­ity. As a method, HER­MES is clearly struc­tured and sim­ple to un­der­stand with a mod­u­lar, eas­ily ex­pand­able de­sign. The fol­low­ing de­scribes the es­sen­tial el­e­ments of the HER­MES method and how they in­ter­act. Bubble Plan: Logiciel gestion de projet et planification en ligne. Git - the simple guide - no deep shit! Git - the simple guide just a simple guide for getting started with git. no deep shit ;) by Roger Dudler credits to @tfnico, @fhd and Namics this guide in deutsch, español, français, indonesian, italiano, nederlands, polski, português, русский, türkçe, မြန်မာ, 日本語, 中文, 한국어 Vietnamese please report issues on github.

Paho - MQTT and MQTT-SN software. Thinkee. Neo4j, the world's leading graph database - Neo4j Graph Database. Condorcet Internet Voting Service. An interesting/influential/important paper from the world of CS every weekday morning, as selected by Adrian Colyer. Stamp.io – Certify your digital documents using the Blockchain. BTA Technology by Stampery. The next wave of computing – Muneeb Ali. Entrepreneurs, tech investors, and policy makers spend considerable time thinking about the future of computing. In this post, I’ll present my prediction for what the next major wave of computing will be. To predict the future, we must first understand the past.

Early computers were bulky and filled entire rooms. The mainframes of the 1960s and 1970s had a “centralized” computing model where a single mainframe would serve an entire office building, and “dumb” terminals would send compute-jobs to the mainframe. The desktop revolution of the 1980s and 1990s was a massive shift away from mainframes. And then cloud computing happened. RegExr: Learn, Build, & Test RegEx.

XPath Syntax. Free mobile & web prototyping (iOS, Android) for designers – Marvel. The Lens. Disposition de clavier francophone et ergonomique bépo. Disposition de clavier bépo francophone, ergonomique et libre. Bépodactyl : Exercices d'apprentissage de la disposition BÉPO. Exercices d'apprentissage de la disposition BÉPO. b é p o. Top open source project management tools of 2016. For the last three years, I have rounded up the most popular open source project management tools for Opensource.com readers. As there continues to be major reader interest in this area, I decided to take a look back at the tools we covered in 2014 and 2015, and give you updates on all of these projects. I looked to see which projects had new releases, notable new and improved features, and more. Let's take a look at each of these projects and try to answer some of the questions readers have had in the comments of last year's edition, including which are still in active development, provide hosting options, offer a mobile solution, and more.