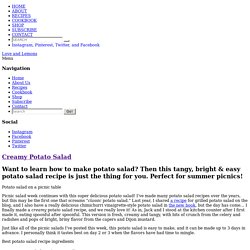 I’ve made many potato salad recipes over the years, but this may be the first one that screams “classic potato salad.” Last year, I shared a recipe for grilled potato salad on the blog, and I also have a really delicious chimichurri vinaigrette-style potato salad in the new book, but the day has come… I finally made a creamy potato salad recipe, and we really love it! As in, Jack and I stood at the kitchen counter after I first made it, eating spoonful after spoonful.

This version is fresh, creamy and tangy, with bits of crunch from the celery and radishes and pops of bright, briny flavor from the capers and Dijon mustard. Farro and roasted red pepper salad I Ottolenghi recipes. This ancient variety of wheat, when accompanied by shamelessly bold flavours, has a unique nuttiness and a great texture. 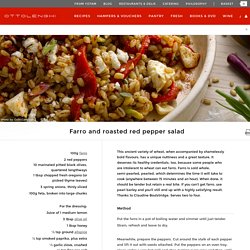 It deserves its healthy credentials, too, because some people who are intolerant to wheat can eat farro. Farro is sold whole, semi-pearled, pearled, which determines the time it will take to cook (anywhere between 15 minutes and an hour). When done, it should be tender but retain a real bite. If you can't get farro, use pearl barley and you'll still end up with a highly satisfying result. Thanks to Claudine Boulstridge. Method Put the farro in a pot of boiling water and simmer until just tender. Meanwhile, prepare the peppers. Whisk all the dressing ingredients in a bowl and set aside. Delicata, Pomegranate and Arugula Salad. Winter Salad with Roasted Squash & Pomegranate Vinaigrette (Comments & Reviews) Recipe - EatingWell. Mango salad with rhubarb ginger dressing + chili almonds. It is surprisingly hard to make a house feel like a home. 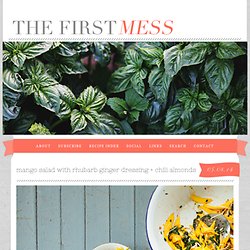 I’ve been cooking more and actually using our kitchen, which has been helpful. We inadvertently had our first dinner guest last weekend–a friend of both of ours that I ran into while frantically trying to make it into a Starbucks for the last 10 minutes of Frappuccino happy hour (TM) (I know, I’m bad to the bone). We had plans for curry and there was a fresh case of beer in the fridge, so it was one of those last minute “Why not?”

Kind of things that feels easy to say yes to in the waning hours of a sunny weekend afternoon. I think setting a pace and mindset to have our people over for meals more often is what’s going to tip this living situation into certified home-dwelling territory. So with that, my family’s coming by this weekend for a little dinner. So yeah! Chili almonds: 1/2 cup raw almonds 1 tsp chili powder (chipotle, ancho, whatever you’re into) salt Heat the coconut oil in a small saucepan over medium heat. Carrot and Beet Salad with Coconut and Sesame. Caesar Salad Recipe : Review : Geoffrey Zakarian. Carrot salad with harissa, feta and mint. There’s nothing better than a recipe that gives you a feeling of promise, especially when it involves something as mundane as carrots. 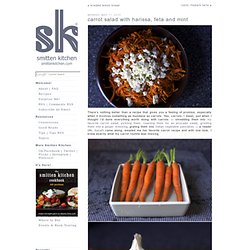 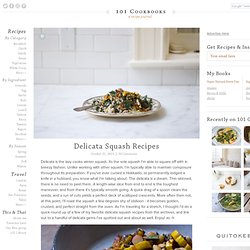 Its the sole squash I'm able to square off with in breezy fashion. Unlike working with other squash, I'm typically able to maintain composure throughout its preparation. If you've ever cursed a Hokkaido, or permanently lodged a knife in a hubbard, you know what I'm talking about. The delicata is a dream. Thin-skinned, there is no need to peel them. Roasted Delicata Squash Salad (above) Please make this. Roasted Vegetable Orzo (above) This one I love for its simplicity. Miso Sesame Winter Squash (above) This beauty was inspired by a recipe in Bryant Terry's cookbook, The Inspired Vegan. Delicata recipes out-and-about: Roasted Delicata Squash Salad Recipe. I have Molly Watson to thank for the inspiration here. 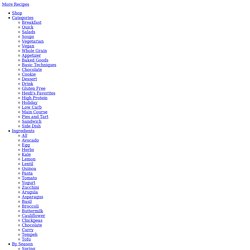 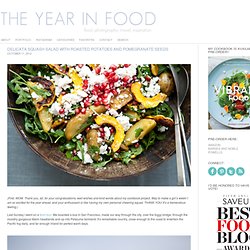 Thank you, all, for your congratulations, well wishes and kind words about my cookbook project. Way to make a girl’s week! I am so excited for the year ahead, and your enthusiasm is like having my own personal cheering squad. THANK YOU! It’s a tremendous feeling.) Last Sunday I went on a farm tour. David Little talks about dry farming Pulling sunchokes from the ground. Pomelo Green Beans Recipe. This time last month I was setting off on a journey that started with me flying through Charles de Gaulle airport to Marrakech where we spent the better part of the week in the historic medina. 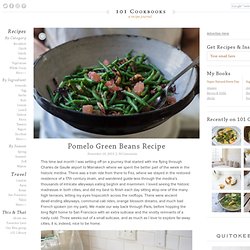 There was a train ride from there to Fez, where we stayed in the restored residence of a 17th century imam, and wandered guide-less through the medina's thousands of intricate alleyways eating beghrir and msemmen. I loved seeing the historic madrassas in both cities, and did my best to finish each day sitting atop one of the many high terraces, letting my eyes hopscotch across the rooftops.

There were ancient dead-ending alleyways, communal cab rides, orange blossom dreams, and much bad French spoken (on my part). We made our way back through Paris, before hopping the long flight home to San Francisco with an extra suitcase and the snotty remnants of a nasty cold. Sugar Snap Pea Salad with Lemon-Mint Vinaigrette Recipe. Shallot Vinaigrette Recipe. A few weeks back, I tried to clean and organize a couple of the most chaotic areas in our house. 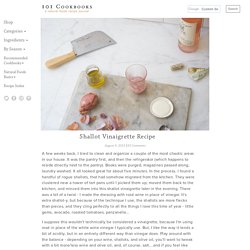 It was the pantry first, and then the refrigerator (which happens to reside directly next to the pantry). Books were purged, magazines passed along, laundry washed. It all looked great for about five minutes. In the process, I found a handful of rogue shallots, that had somehow migrated from the kitchen. They were clustered near a tower of tart pans until I picked them up, moved them back to the kitchen, and minced them into this shallot vinaigrette later in the evening. Kale and Persimmon Salad. Growing up, we had a gorgeous persimmon tree in our backyard. It was a striking thing in fall, all those bright orange fruits hanging from spindly, nearly leafless branches. My mother would line persimmons from the tree along the window sill to let them soften until ripe. Try as I might, I could never get past their mushy, baby-food texture. That, of course, was not the fault of my mother – it was because we had the variety of persimmon that is not ripe for eating until the flesh is super soft.

Then I discovered the Fuyu persimmon. For this recipe, I marinated the kale in lemon juice beforehand to soften the leaves – they retain a lot of that nice, chewy, raw quality but the lemon juice does a great job of tempering that just enough to make it more tender in its uncooked state. For the salad: 5-6 cups shredded kale, loosely packed 1 large Fuyu persimmon, thinly sliced 1 cup chopped, roasted walnuts 1/2 cup gorgonzola or blue cheese juice of 1/2 lemon. 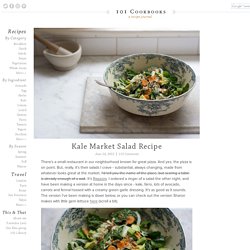 And yes, the pizza is on point. But, really, it's their salads I crave - substantial, always changing, made from whatever looks great at the market. I'd tell you the name of the place, but scoring a table is already enough of a wait. It's Ragazza. Massaged Kale Salad Recipe : Aarti Sequeira. Cranberry-Avocado Salad with Candied Spiced Almonds and Sweet White Balsamic Vinaigrette. Once you try this delicious Cranberry-Avocado Salad with Sweet White Balsamic Vinaigrette, you’ll find yourself craving it again and again! The Greenest Salad Recipe. Anytime I travel for an extended period of time, let's say longer than a couple of weeks, I end up craving certain foods from home. The craving creeps up on me like a fungus - not bad at first, but in the end, formidable.

This trip it was avocado, then leafy salads, eventually dovetailing into broccoli. The greenest of the green stuff. I stocked up on the lot when I arrived home, and the salad parade started shortly thereafter (hence today's recipe). But let me back up a bit. Coconut Corn Salad Recipe. We ventured out of San Francisco last week for a quick, mid-week, two-night camping trip - and this was the last thing I cooked before leaving. Five ears of corn, shaved in quick fashion, then sautéed in a bit of butter. I tricked it out with thyme, red onions, toasted almonds and coconut. And, come to think of it, that might have been the last time I ate a proper meal (kidding!). SWEET CORN AND ROASTED RED PEPPER POTATO SALAD. For a number of years, I worked at a place that closed annually at the Fourth of July for a week.

And I always took that week off in search of summery escapades, often north – catching up with my oldest friend in Eugene, or a firework-powered block party in Portland, or a cozy evening with sparklers on Bainbridge island. One year I celebrated Canada Day in Vancouver on July 1st before coming back for a rodeo in Salem, Oregon on the 4th. (Vancouver) Butternut squash salad with farro and pepitas. This was my lunch last week.