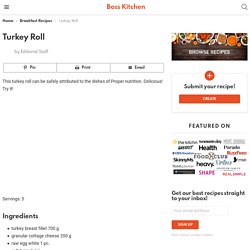 Delicious! Try it! Quail Egg Salad - Boss Kitchen. A quick-to-prepare salad can be a complete lunch or dinner. 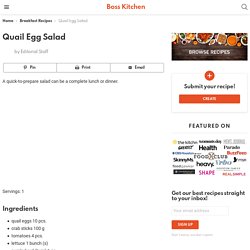 Servings: 1 Ingredients. Bulk Apple Pie - Boss Kitchen. If you follow the figure, then you will be interested in this recipe! 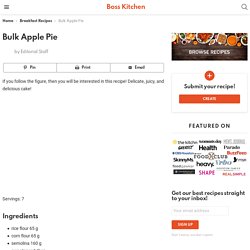 Delicate, juicy, and delicious cake! Servings: 7 Ingredients. Omelet with Sausage, Cheese and Mushrooms - Boss Kitchen. An omelet with sausage, cheese, and mushrooms is an uncomplicated dish, even quite familiar to many, but we offer a different cooking option: in the form of a kind of roll. 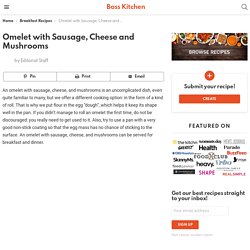 That is why we put flour in the egg “dough”, which helps it keep its shape well in the pan. If you didn’t manage to roll an omelet the first time, do not be discouraged: you really need to get used to it. Also, try to use a pan with a very good non-stick coating so that the egg mass has no chance of sticking to the surface. An omelet with sausage, cheese, and mushrooms can be served for breakfast and dinner. Chocolate Pancake with Sour Cream - Boss Kitchen.

Chocolate pancake cake is the perfect dessert for a tea party with friends or for a cozy family evening. 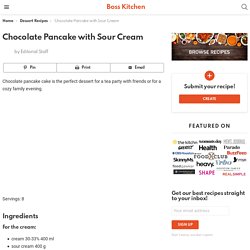 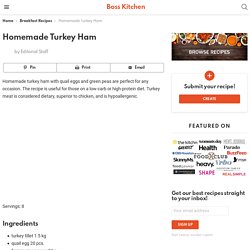 The recipe is useful for those on a low-carb or high-protein diet. Turkey meat is considered dietary, superior to chicken, and is hypoallergenic. Hot Appetizer in Buns - Boss Kitchen. If you’re in the mood for some street food, here’s a quick-to-make snack recipe. 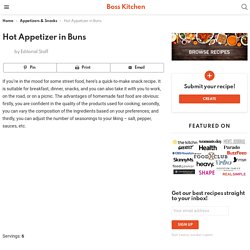 It is suitable for breakfast, dinner, snacks, and you can also take it with you to work, on the road, or on a picnic. The advantages of homemade fast food are obvious: firstly, you are confident in the quality of the products used for cooking; secondly, you can vary the composition of the ingredients based on your preferences; and thirdly, you can adjust the number of seasonings to your liking – salt, pepper, sauces, etc. Servings: 6. Red Cabbage - Boss Kitchen. Red cabbage in taste and nutritional qualities resembles white cabbage, but in appearance, its small red-purple heads of cabbage are much more spectacular and look especially good in salads. 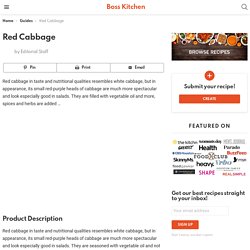 They are filled with vegetable oil and more, spices and herbs are added … Product Description Red cabbage in taste and nutritional qualities resembles white cabbage, but in appearance, its small red-purple heads of cabbage are much more spectacular and look especially good in salads. They are seasoned with vegetable oil and not only, but spices and herbs are also added. Homemade Shawarma with Chicken and Vegetables - Boss Kitchen. Shawarma is a Middle Eastern dish made from meat (chicken, lamb, lamb, less often veal, turkey), fried on a spit, wrapped in pita bread, less often in a pita, with the addition of spices, sauces, and fresh vegetable salad. 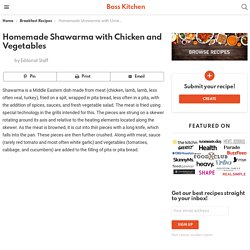 The meat is fried using special technology in the grills intended for this. The pieces are strung on a skewer rotating around its axis and relative to the heating elements located along the skewer. As the meat is browned, it is cut into thin pieces with a long knife, which falls into the pan. These pieces are then further crushed. Croissant with Avocado and Salmon - Boss Kitchen. Do you want to breakfast like in a restaurant? 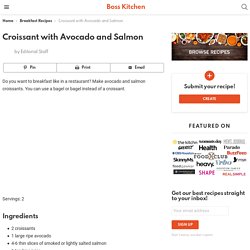 Three-Layer Omelet - Boss Kitchen. Sorrel Puffs - Boss Kitchen. Young sorrel is surprisingly tasty. Don’t tell your guests or family members what the puffs are made with, let them try them with your eyes closed. At least one of them will probably say that there are cherries inside the puffs. The puffs turn out to be quite large, and I would like to note that one puff is one portion … But in fact, people always require additives, so count on two for each. Servings: 5 Ingredients. Pancake Cake with Mascarpone and Chocolate - Boss Kitchen. Pancake cake with mascarpone and chocolate is a complete dessert that can be proudly served even on a festive table. It turns out to be incredibly tasty and everyone likes it. And so that cooking does not turn into hours of duty at the stove, we advise you to divide the process into two stages and carry them out gradually.