NO GUNS USED N THIS TERRORIST ACT. @SpeakerRyan @HouseGOP @Senate_GOPs. War College. What if PTSD Is More Physical Than Psychological? Then came an even more surprising discovery. 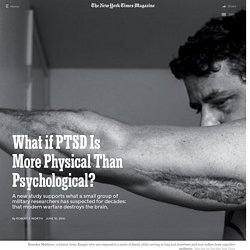 They examined the brains of two veterans who died just days after their blast exposure and found embryonic versions of the same injury, in the same areas, and the development of the injuries seemed to match the time elapsed since the blast event. Perl and his team then compared the damaged brains with those of people who suffered ordinary concussions and others who had drug addictions (which can also cause visible brain changes) and a final group with no injuries at all.

No one in these post-mortem control groups had the brown-dust pattern. Perl’s findings, published in the scientific journal The Lancet Neurology, may represent the key to a medical mystery first glimpsed a century ago in the trenches of World War I. Echelon Front - The Team. JOCKO WILLINK is a decorated retired Navy SEAL officer, author of the book Extreme Ownership: How U.S. 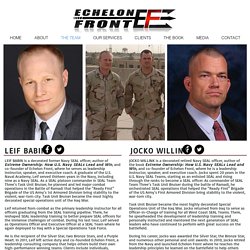 Navy SEALs Lead and Win, and co-founder of Echelon Front, where he is a leadership instructor, speaker, and executive coach. Jocko spent 20 years in the U.S. Navy SEAL Teams, starting as an enlisted SEAL and rising through the ranks to become a SEAL officer. As commander of SEAL Team Three’s Task Unit Bruiser during the battle of Ramadi, he orchestrated SEAL operations that helped the “Ready First” Brigade of the US Army’s First Armored Division bring stability to the violent, war-torn city. Task Unit Bruiser became the most highly decorated Special Operations Unit of the Iraq War. Uk.businessinsider. Courtesy of Jocko Willink and Leif Babin Jocko Willink is the retired commander of the most highly decorated special-operations unit of the Iraq War: US Navy SEAL Team Three Task Unit Bruiser, which served in the 2006 Battle of Ramadi. 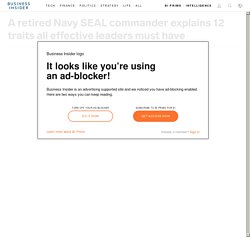 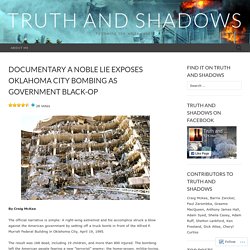 Murrah Federal Building in Oklahoma City, April 19, 1995. The result was 168 dead, including 19 children, and more than 800 injured. The bombing left the American people fearing a new “terrorist” enemy: the home-grown, militia-loving, anti-government extremist. Good story. The truth about Oklahoma City involved not only a terrible human tragedy but also a story of government conspiracy, media complicity, destruction of evidence, intimidation, and torture. Film producer Christopher Emery began researching the Oklahoma City bombing back in 2000, even moving to Oklahoma City from New Mexico in 2003 so he could be close to witnesses and other sources of information. Analysis – They Killed Benazir Bhutto and this is how it happened. By Anas Abbas. May 8, 2010 By Anas Abbas “Targeted assassination is a necessity of this modern world”. 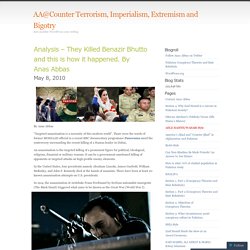 Those were the words of former MOSSAAD official in a recent BBC documentary programme Panorama amid the controversy surrounding the recent killing of a Hamas leader in Dubai. An assassination is the targeted killing of a prominent figure for political, ideological, religious, financial or military reasons. It can be a government sanctioned killing of opponents or targeted attacks on high-profile enemy elements.

Blackwater Founder Erik Prince 'Regrets' Working for US State Dept. <br/><a href=" ABC US news</a> | <a href=" World News</a> Copy Erik Prince, the founder of the private security firm, Blackwater Inc., is either a great American patriot, used and then dumped by the United States government, or one of the biggest war profiteers in the history of armed conflict, depending on how you see it. 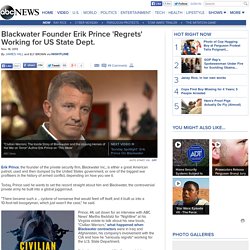 Today, Prince said he wants to set the record straight about him and Blackwater, the controversial private army he built into a global juggernaut. Max Amann. Max Amann was born into a Catholic family in Munich, Germany, on 9th February, 1902. 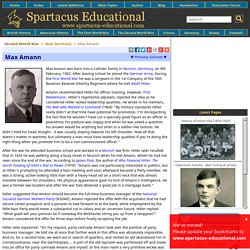 After leaving school he joined the German Army. During the First World War he was a sergeant in the 1st Company of the 16th Bavarian Reserve Infantry Regiment where he met Adolf Hitler. Amann recommended Hitler for officer training. Untitled. Andrea Mitchell в Твиттере: «On #AMR: Interview with war vet @Noah_Galloway who will be featured on @MensHealthMag cover. Gateway. 9/11 Mythology: The Big Lie of Our Time ~ by Stephen Lendman. Unmanned aerial warfare: Flight of the drones. СМИ: Хакеры похитили секретные данные о поисках исчезнувшего малайзийского "Боинга" - Происшествия. British-Sponsored Hashemite Kingdom Was Iraq's Most Stable Period. The Commonwealth Games in Glasgow this year welcomed former British colonies, but absent were those Middle Eastern states where Britain had exercised imperial soft power in the twentieth century. 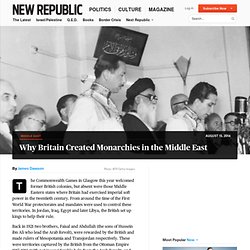 From around the time of the First World War protectorates and mandates were used to control these territories. In Jordan, Iraq, Egypt and later Libya, the British set up kings to help their rule. Твиттер / Поиск - #PTSDawareness... MccsCP’s Videos. Operation Gratitude. MCAS Miramar, 3rdMAW (MCASMiramarCA) в Твиттере... 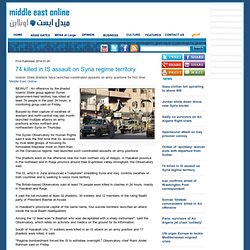 Buoyed by their capture of swathes of western and north-central Iraq last month launched multiple attacks on army positions across northern and northeastern Syria on Thursday. Betong, car bomb in Yala 1. - INTERPOL. Israel exposed: A fragile, dysfunctional, and irrelevant entity. Beyond the political intrigue and conflicting, complex interests at play in the efforts to reach a ceasefire agreement in Gaza, let’s turn to what is really at the heart of the events in Gaza. 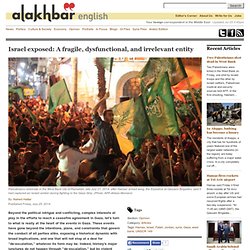 US Military Might (US_Might) в Твиттере... Kevin Carslin (KCarslin) в Твиттере... HighCom (HighComSecurity) в Твиттере... Afghanistan: Seen Through the Lens of Anja Niedringhaus - In Focus. Associated Press photographer Anja Niedringhaus has been covering conflicts from Bosnia to Afghanistan for more than 20 years, earning a Pulitzer Prize in 2005, as part of a team of AP photographers covering the Iraq War. She has traveled to Afghanistan numerous times, photographing events from 2001 until today, sending photos from Kandahar as recently as yesterday. Documenting a decades-long story like the Afghanistan War is a challenge for any photojournalist, from simple logistical issues, to serious safety concerns, to the difficulty of keeping the narrative fresh and compelling. Niedringhaus has done a remarkable job, telling people's stories with a strong, consistent voice, an amazing eye for light and composition, and a level of compassion that clearly shows through her images.