Better Than Opioids? Virtual Reality Could Be Your Next Painkiller. Not so far in the future, your doctor might prescribe playing a few games in virtual reality to ease aches and pains, rather than popping a pill. 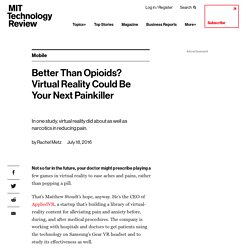 How Hyperconnected Cities Are Taking Over the World, According to Parag Khanna. Will "deliverology" work for the federal government? Written by Date published Share Story In January, the newly minted government of Justin Trudeau held its first cabinet retreat. 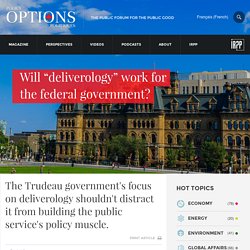 Cabinet retreats are usually held twice a year, and they are theoretically designed to allow ministers to engage in a broader discussion of issues and strategy beyond any one particular file. At its inaugural retreat, the cabinet heard from Sir Michael Barber, the British architect of “deliverology” and aide to former prime minister Tony Blair. ‘Smart’ Cities, ‘Brain Belts’ and Other Places Changing the Economy.

Robert Litan is an adjunct senior fellow at the Council on Foreign Relations and has directed economic research at the Brookings Institution, the Kauffman Foundation, and Bloomberg Government. 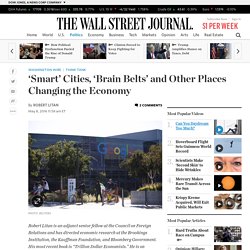 His most recent book is “Trillion Dollar Economists.” He is on Twitter:@BobLitan. It’s easy amid the hype of a presidential campaign and frequent media reports of top-line numbers about the U.S. economy’s performance–gross domestic product, the unemployment rate, inflation–to overlook the people and technologies reshaping this country. People helping people: the future of public services. Public services should be redesigned to make mobilising the energy and contribution of the public a core organising principle. 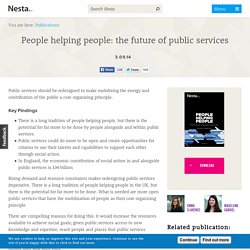 Key Findings. In Search of Lost Solidarities — SWITCH COLLECTIVE. Because Switch Collective aims to empower people to redesign their work lives in a context of ever-increasing change, we think a lot about all issues related to the future of work. 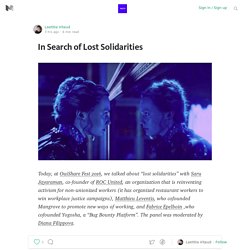 And the subject of “lost solidarities” in high on our list! In Novel Tactic on Climate Change, Citizens Sue Their Governments. The current plans and efforts to battle climate change are not enough, Ms. 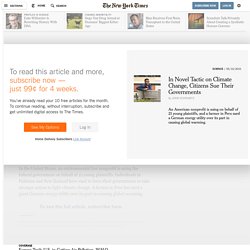 Barrett, 17, said, adding that her generation, with its passion and social media tools, would make a difference. “We want our children to look back in the textbooks and say, ‘Oh, our parents’ generation — they really fought for us,’ ” she said. The lawsuit calls for the courts to order the government to stop the “permitting, authorizing and subsidizing of fossil fuels” — by, for example, canceling plans for projects like a liquefied natural gas export terminal in Oregon — and “to develop a national plan to restore Earth’s energy balance, and implement that national plan so as to stabilize the climate system.” 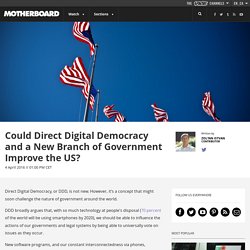 However, it’s a concept that might soon challenge the nature of government around the world. DDD broadly argues that, with so much technology at people's disposal (70 percent of the world will be using smartphones by 2020), we should be able to influence the actions of our governments and legal systems by being able to universally vote on issues as they occur. Coding school 42 plans to educate 10,000 students in Silicon Valley for free. Xavier Niel’s new project is an ambitious coding university in Silicon Valley called 42. But the trick is that it’s nothing like other universities out there. 42 is free, doesn’t care about your SAT and wants to educate 10,000 students within the next 5 years. First, it’s free. Niel is investing $100 million in the U.S. to create a new school. 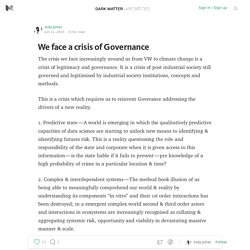 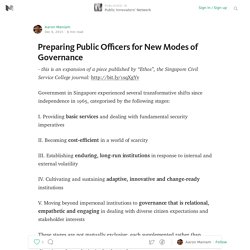 Why have the schools declined? It started with the teachers unions. I know many will attack me but I grew up in the poorest secton of Detroit. My home didnt have centeral heat or hot water. We had teachers when I was in grade school who cared. as I ended middile school and started high school I saw the change in the teachers. they would tell us to read a chapter in a book during class and have a test the next day. We were never told what our scores were. We had some who had no knowlege of the class they taught. Every year they asked for more money for the schools. the buildings fell apart and were cold and drafty in the winter. Yet the teachers always got a raise first. then every few years they would hire a new director of schools who said they would fix all the problems. they came with high saleries but no results. The blacks said it was the whites fault and they elected a black mayor. Our problems only got worse for crime went up because the cops couldn't act against the thugs the people that could moved out and the buildings were striped. Detroit spends more per pupal than anywhere in the state. The entire population is on some form of assistance. The area looks like a war zone. The problem isnt the people its government. Grampa – veterangrampa75 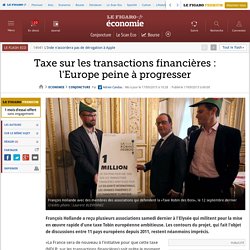 The Flint of California. TULARE COUNTY, Calif. — Once a month, the residents of Matheny Tract, one of hundreds of poor and largely Latino enclaves tucked deep in California’s Central Valley, gather in the shade of a neighbor’s carport, chihuahuas dozing at their feet. The subject of their meetings is always the same: water. Is Washington creating more Flints? The lead-poisoning scandal in Flint, Michigan, seems like exactly the kind of crisis that demands Washington's help: a cash-strapped city with governance problems found itself delivering toxic heavy metal to its children through their faucets. Now, it desperately needs money to update its water system safely. And from a distance it appears that Congress is riding to the rescue: A bill currently in the Senate would try to help towns like Flint by pumping another $1 billion a year into water utility projects across the country.

If it passes, it would boost total spending by Washington on water utilities to around $5.3 billion per year. But pull back far enough, and Washington's approach looks less like a rescue than a long, slow abandonment. The past 38 years have actually been marked by a huge federal retreat from helping cities fund water projects. French Law Condemns Work Email on the Weekends. The recently enacted El Khomri labor law in France has seen more than its fair share of protests from the French, mostly because, in a country where the 35-hour work week is mandated, the new law's emphasis on protecting management instead of labor is unacceptable to its citizens. But, as The New Yorker points out, there is at least one upside to the law: "The Adaptation of Work Rights to the Digital Era," which ostensibly aims to get people to stop checking their work email on the weekends. From the New Yorker: "The development of information and communication technologies, if badly managed or regulated, can have an impact on the health of workers,” Article 25 states.

The Future of Governance is In the Cloud. Commentary: China shows new style of governance in handling student death. Les nouveaux défis de la gouvernance municipale / The New Challenges of Municipal Governance Tickets, Wed, 4 May 2016 at 5:30 PM. Nervous Systems: Quantified Life and the Social Question. Bitcoin has a governance problem, no matter who created it. What do we mean by 'governance'?

Amazon offers company building as free shelter for Seattle's homeless. Study: US is an oligarchy, not a democracy. Big Society vs Big Government (cinquième partie) No Death, No Taxes. 12 Futuristic Forms of Government That Could One Day Rule the World. L'Etat-nation serait-il un modèle dépassé ? Parag Khanna: How megacities are changing the map of the world.

The Rebirth of the City-State — How We Get To Next. Bring Your Own Team (BYOT) : Stripe expérimente le recrutement d'équipes déjà structurées. How Hyperconnected Cities Are Taking Over the World, According to Parag Khanna. DavidBollier. Crowdfunding for the Public Good Is Evil. Perspectives on Blockchains and Cryptocurrencies — The World of Deep Wealth. Why Wall Street Is Embracing the Blockchain—Its Biggest Threat.