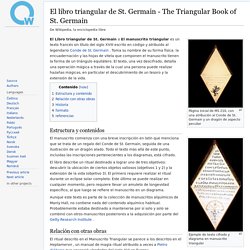 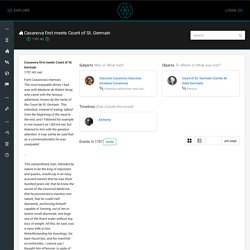 Germain 1757 AD met Form Casanova's memoirsThe most enjoyable dinner I had was with Madame de Robert Gergi, who came with the famous adventurer, known by the name of the Count de St. Germain. This individual, instead of eating, talked from the beginning of the meal to the end, and I followed his example in one respect as I did not eat, but listened to him with the greatest attention. It may safely be said that as a conversationalist he was unequaled. Presentacion soliloquio de un pensador. 2015 06.marples casanova.proven.freemason. DekuNukem/Kentucky_Route_Zero_Official_Developer_Wiki: Official Internal Developer Wiki for Kentucky Route Zero. Twee - Twine Cookbook. Twee is the source code of a Twine story. 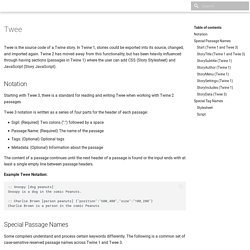 In Twine 1, stories could be exported into its source, changed, and imported again. Twine 2 has moved away from this functionality, but has been heavily influenced through having sections (passages in Twine 1) where the user can add CSS (Story Stylesheet) and JavaScript (Story JavaScript). Notation Starting with Twee 3, there is a standard for reading and writing Twee when working with Twine 2 passages. Untitled. El Ídolo de Shigir está considerado como una de las más importantes y misteriosas piezas de arte prehistórico de la antigua Europa. 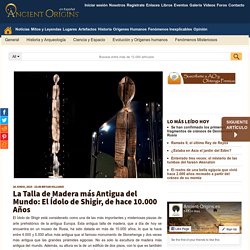 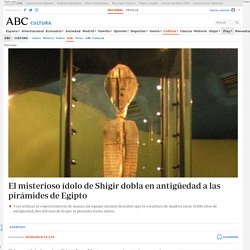 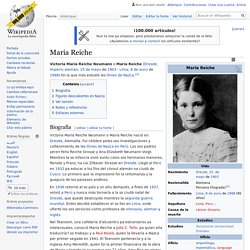 Untitled. There's a Massive Conch-Shell Graveyard in the Caribbean. Two fishermen from the coral island of Anegada sit in a metal boat. 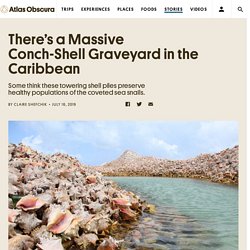 They divest conch of their shells, limb by limb, tentacle by tentacle, until at last each holds a smooth, white mass of meat. When they finish, they toss the shells—shiny and polished pink by the sand—behind them, to join thousands of their departed brothers and sisters in a series of jagged dunes, towering a dozen feet above their heads. Pintle, Gudgeon, Chock: On the Rich, Wonderful (and Odd) Vocabulary of Sailing. I approached my sabbatical as I approached most things in life, with dread. 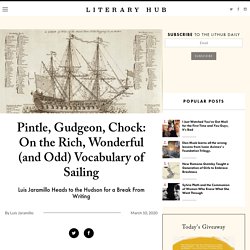 Pintle, Gudgeon, Chock: On the Rich, Wonderful (and Odd) Vocabulary of Sailing. Learning to Love a Lover; Is Casanova's Reputation as a Reprobate a Bum Rap? Casanova's days in the castle, as described by Prince Charles de Ligne, the Duke's uncle, and quoted in the Childs biography, were not happy. ''There was not a day in which, whether for his coffee, his milk, the plate of macaroni he demanded, there was not a quarrel,'' de Ligne wrote. 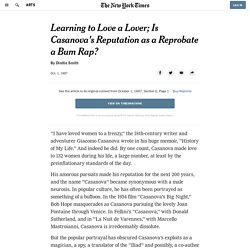 Worse, Casanova became something of a laughing stock. ''He had become angry, they had laughed,'' de Ligne wrote. Untitled. You Can Now Download 150,000 Free Illustrations of the Natural World. Botanical illustrations offer mesmerizingly detailed and vividly colored glimpses of the natural world. 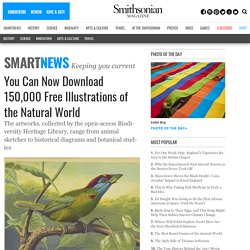 Now, reports Hakim Bishara for Hyperallergic, more than 150,000 such artworks are freely available for download via the Biodiversity Heritage Library (BHL), an open-access digital archive that preserves images and documents related to botany, wildlife and biodiversity. Captured in watercolor paintings, lithograph prints and black-ink linework, the collected illustrations demonstrate the diversity of Earth’s wildlife as observed over hundreds of years. The BHL’s earliest texts date to the mid-1400s; its digital collection includes illustrations as recently created as the early 1900s. The practice of creating detailed illustrations of flora and fauna, whether to document an expedition or a medical practice, gained popularity well before photography was up to the task. Even today, an illustration can offer more clarity than a photograph. Untitled. Here’s an enormous library of thousands of old book illustrations, with searchable name, artist, source, date, which book it was in, etc.

There are also a number of collections to browse through, and each are tagged with multiple keywords so you can also get lost in there in that manner. Though the team behind the site doesn’t specifically list the whole site as public domain, chances are a lot of the illustrations you’ll find are way out of copyright in most jurisdictions. More about...

El desconocido tarot mexicano del siglo XVI (o la inesperada correspondencia de Hermes con la adivinación prehispánica) - Hermeticism. Not to be confused with Hermit. Hermeticism, also called Hermetism,[1][2] is a religious and philosophical/esoteric tradition based primarily upon writings attributed to Hermes Trismegistus ("Thrice Great").[3] These writings have greatly influenced the Western esoteric tradition and were considered to be of great importance during both the Renaissance[4] and the Reformation.[5] The tradition claims descent from a prisca theologia, a doctrine that affirms the existence of a single, true theology that is present in all religions and that was given by God to man in antiquity.[6][7] Many Christian writers, including Lactantius, Augustine,[8] Thomas Aquinas[citation needed], Marsilio Ficino, Giovanni Pico della Mirandola, Giordano Bruno, Campanella, Sir Thomas Browne, and Emerson, considered Hermes Trismegistus to be a wise pagan prophet who foresaw the coming of Christianity.[9][10] History[edit] Late Antiquity[edit] Renaissance[edit] Philosophy[edit] Prisca theologia[edit]

Trinacria. Silver Drachma from Sicily, minted during the reign of Agathocles (361–289 BC), Greektyrant of Syracuse (317–289 BC) and king of Sicily (304–289 BC). Inscription: ΣΥΡΑΚΟΣΙΩΝ ("Syrakosion") Laureate head of the youthful Ares to left; behind, Palladion. Reverse: Triskeles of three human legs with winged feet; at the center, Gorgoneion Three-legged symbol of Sicily depicted as a proto-heraldic device on the shield of a Greek warrior. Greek Red Figure lekythos vase, c.470 BC, found in a tomb near Licata, Sicily. Work in Progress - Volume 3 – Nicepixel. Celestial Alphabets. Seals of Solomon - Mystic Dream Academy. The mystery of the Octavius: An 18th-century ghost ship was discovered with the captain’s body found frozen at his desk, still holding his pen. Maritime lore abounds with stories of ghost ships, those ships that sail the world’s oceans manned by a ghostly crew and destined never to make port. The most well known of these tales is that of the Mary Celeste.

But one of the eeriest stories has to be the mystery of the Octavius. The story opens in 1761 with the Octavius docked in the port of London to take on a cargo destined for China. This majestic sailing ship left port with a full crew, the skipper, and his wife and son. They arrived safely in China and unloaded their cargo. “Rising full moon.” Crimean Tom. Crimean Tom (also known as Tom or Sevastopol Tom) was a cat noted for his association with the British Army during the Crimean War. Found by Lieutenant William Gair in Sevastopol after a year-long siege, he is said to have led British forces to valuable caches of hidden supplies that helped ease starvation among the troops. Gair brought Tom back to England after the war but the cat died soon afterwards. He was stuffed and presented to the Royal United Services Institute. The Ritman Library, Amsterdam. House of living books.

The fight to save the ancient texts of Timbuktu. Located at the gateway to the Sahara desert in what is now Mali, within the confines of the fertile zone of the Sudan, Timbuktu is one of the cities of Africa whose name is the most heavily charged with history. Founded in the 5th century, it became an intellectual and spiritual capital, reaching its golden age in the 15th and 16th centuries. CITY BUSINESS Magazine (2016 Spring) After a century of marginalisation, Central Asia transit routes are once again taking centre stage.

VALUE Foundation – Knowledge at Play. Kickstarter veterans on how to run a successful crowdfunding campaign. Five Colossal Stone Portraits Around the World. Cryptography: or the History, Principles, and Practice of Cipher-Writing (1898) The Jews Who Stabbed Germany in the Back. Jano. John Martin’s Illustrations of Paradise Lost (1827)

George Wither’s Emblem Book (1635) Napoleon at St Helena (1855) Account of an Extraordinary Fireball Bursting at Sea (1749) Forty-Four Turkish Fairy Tales (1913) The Tragedy of the Seas (1841) The Life and Adventures of Peter Wilkins, a Cornish Man (1750) Ludvig Holberg - Niels Klims forundelige reise. John Martin and the Theatre of Subversion. Stories of a Hollow Earth. Victorian Occultism and the Art of Synesthesia. Getting Started in Celestial Navigation (The Marine Sextant) Books with Full-Text Online. Untitled. Download 569 Free Art Books from The Metropolitan Museum of Art. Books with Full-Text Online. How level designers make us feel smart. Jennifer Rogers.