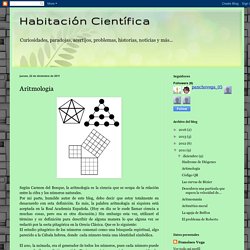 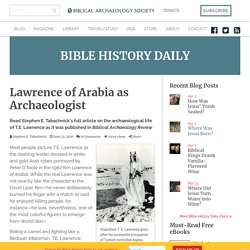 Tabachnick's full article on the archaeological life of T.E. Lawrence as it was published in Biblical Archaeology Review Stephen E. Tabachnick June 22, 2018 10 Comments 1336 views Share A barefoot T. Most people picture T.E. Riding a camel and fighting like a Bedouin tribesman, T.E. Much of Lawrence’s story is fairly well known, thanks not only to the Lean film but to the publicity work of the American journalist Lowell Thomas, who as early as 1919 began telling Lawrence’s story—albeit not always accurately—in slide shows that he presented to millions of people in New York and London.

But despite all this publicity, it is sometimes forgotten that Thomas Edward Lawrence (1888–1935) was a very competent Middle Eastern archaeologist before the war and that his archaeological activities and Biblical interests helped shape him for the military and political role he later played. Enochian. Occult or angelic language recorded in late 16th-century England in the journals of John Dee and Edward Kelley, who claimed that it was revealed by the Enochian angels The language found in Dee's and Kelley's journals encompasses a limited textual corpus, only some of it with English translations. 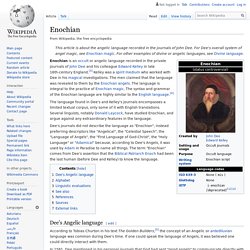 Several linguists, notably Donald Laycock, have studied Enochian, and argue against any extraordinary features in the language. Dee's Angelic language[edit] According to Tobias Churton in his text The Golden Builders,[5] the concept of an Angelic or antediluvian language was common during Dee's time. If one could speak the language of Angels, it was believed one could directly interact with them. In 1581, Dee mentioned in his personal journals that God had sent "good angels" to communicate directly with prophets.

The reception of Enochian started on March 26, 1583, when Kelley reported visions in the crystal of the twenty-one lettered alphabet characteristic of the language. Shangri-La. In the ancient Tibetan scriptures, the existence of seven such places is mentioned as Nghe-Beyul Khembalung.[1] Khembalung is one of several beyuls (hidden lands similar to Shangri-La) believed to have been created by Padmasambhava in the 9th century as idyllic, sacred places of refuge for Buddhists during times of strife (Reinhard, 1978). 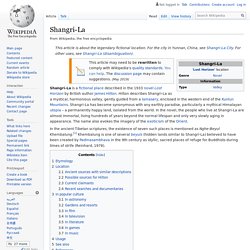 Etymology[edit] The phrase "Shangri-La" most probably comes from the Tibetan ཞང་,"Shang" – a district of Ü-Tsang, north of Tashilhunpo[2]" + རི, pronounced "ri", "Mountain" = "Shang Mountain" + ལ, Mountain Pass, which suggests that the area is accessed to, or is named by, "Shang Mountain Pass". While the name Shangri-La is of relatively recent origin, the concept previously existed. Location[edit] Academic scholars have debunked the myth of Shangri-La and argued that this has less to do with an unexplored place and is more connected to a fantasy of the Western world.[6][7] Ancient sources with similar descriptions[edit] Between Luz And Beit El: The Power of Transformational Moments. By David Baum, Congregation Shaarei Kodesh, Boca Raton, FL This d'var Torah was originally given at the RA/JOIN for Justice Community Organizing Training Conference, October 29, 2013. 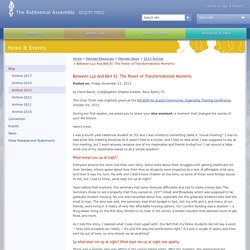 During our first session, we asked you to share your aha moment; a moment that changed the course of your life forever. Here's mine: I was a fourth year rabbinical student at JTS and I was invited to something called a “house meeting.” I had no idea what this meeting would be as it wasn't held in a house, and I had no idea what I was supposed to say at this meeting, but I went anyway because one of my classmates and friends invited me. What keeps you up at night? City of Luz - City of Luz. City of Luz is an inter-dimensional city of higher consciousness that unites all branches of knowledge and fields of experience. 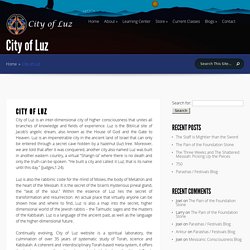 Luz is the Biblical site of Jacob’s angelic dream, also known as the House of God and the Gate to Heaven. Luz is an impenetrable city in the ancient land of Israel that can only be entered through a secret cave hidden by a hazelnut (luz) tree. Moreover, we are told that after it was conquered, another city also named Luz was built in another eastern country, a virtual “Shangri-la” where there is no death and only the truth can be spoken. “He built a city and called it Luz; that is its name until this day.” 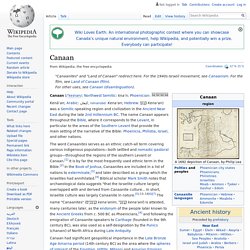 The name Canaan appears throughout the Bible, where it corresponds to the Levant, in particular to the areas of the Southern Levant that provide the main setting of the narrative of the Bible: Phoenicia, Philistia, Israel, and other nations. Etymology[edit] Map of the Near East by Robert de Vaugondy (1762), indicating Canaan as limited to the Holy Land, to the exclusion of Lebanon and Syria The English term Canaan (pronounced /ˈkeɪnən/ since c. 1500, due to the Great Vowel Shift) comes from the Hebrew כנען (knʿn), via Greek Χαναάν Khanaan and Latin Canaan. Archaeology[edit] Origins[edit] Middle Bronze Age[edit] Ebla tablets (c. 2500–2200 BC)[edit] Mari letters (c. 2000 BC)[edit] Signos masculinos y femeninos en Astrología, el hombre y la mujer, la dualidad en la vida.