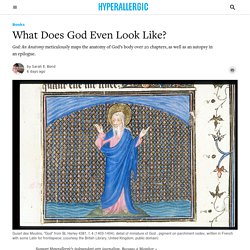 A new book claims that centuries of Jewish and Christian piety have masked the fact that ancient worshippers viewed their God as a large, handsome, muscly deity with “a penchant for the fantastic and the monstrous.” A 2018 study from UNC-Chapel Hill, which tested a sample of 511 Christians in the United States, revealed that political views align closely with how Americans envisaged their God: “Liberals tended to see God as more feminine, younger, and more loving than conservatives.

Conservatives also saw God as more Caucasian and more powerful than liberals.” The study’s lead author, Joshua Conrad Jackson, remarked that the society individuals want to see in the world influences how we see the divine. Such cognitive bias and projection has a long history, one that religion scholar Francesca Stavrakopoulou reconstructs in her new book, God: An Anatomy. GLOBAL MIDDLE AGES. What is a bestiary? As the Getty's wonderful Book of Beasts exhibition draws to close, it's an apt moment to reflect on the medieval manuscripts we know as 'bestiaries'. 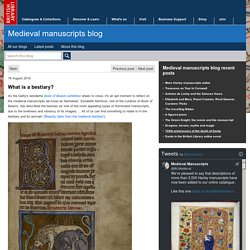 Four New York City museums among the top Instagrammable art institutions in the country. Sign up for our PoliticsNY newsletter for the latest coverage and to stay informed about the 2021 elections in your district and across NYC Let me take a selfie! 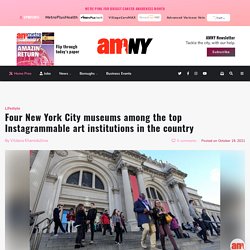 SINGULART presented research on the top 12 Instagrammable art museums in the United States. Guess which city was in the top 4? Of course, it was New York City! “After more than 18 months of lockdowns and restrictions across the nation, it’s understandable that many of us are eager to get out and explore America’s many art museums and galleries,” said Marion Sailhen, Chief Curator at SINGULART. Graphic Novel Pairings for Each Unit (Original) You're Dead To Me - Medieval Science - BBC Sounds.

Twitter. 10 Fun Fashion Facts from the Middle Ages. By Danièle Cybulskie Recently, I wrote a post about medieval fabrics that contained some interesting information from Margaret Scott’s Fashion in the Middle Ages. 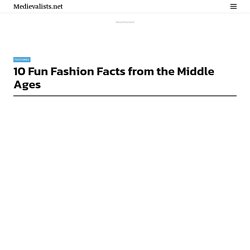 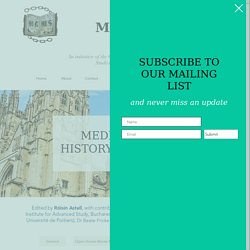 To Help Get Started Glossary of Medieval Art and Architecture - a concise glossary of various terms pertaining to medieval art and architecture. Holcomb, Melanie, (ed.) Jerónimo Antonio Gil and the Idea of the Spanish Enlightenment. The field of Spanish colonial art, to use a widely known if contested term, has enjoyed somewhat of a resurgence in the United States in the last decade or so. 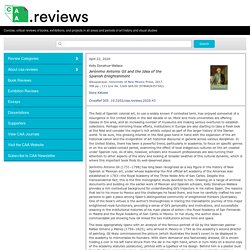 More and more universities are offering classes in the area, and an increasing number of museums are making serious overtures to establish collections. John Hawkwood: Florentine Hero And Faithful Englishman. Today we invite you to explore the Holkham Bible Picture Book. This manuscript was made in England, perhaps London, in the 1300s, probably for a Dominican friar. The artist wrote, 'If God lets me live, never will you see another such book.' Add MS 47682. Kenney Mencher: 14th C Transitions into Late Gothic to Proto Renaissance Art. Transition from the Romanesque and Byzantine or "Greek Manner"to the Late Gothic and Renaissance Styles in Painting and SculptureFor all the videos in order with a textbook and study guides please visit: According to the Brittanica from Francis Of Assisi, SaintThe Franciscan rule of life.Although he was a layman, Francis began to preach to the townspeople. 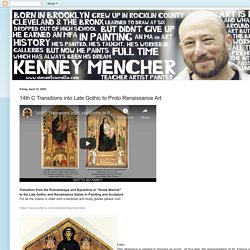 Disciples were attracted to him, and he composed a simple rule of life for them. Eyob Derillo sur Twitter : "A 16th c. Ethiopian book claims that the Magi, the 3 kings who visited Jesus were all Ethiopians. Legend has it that they consumed coffee on their journey to stay awake. In their memory #coffee in #Ethiopia is served 3 times. S. History with Cats sur Twitter : "Sure baby Yoda is cute and all, but have you seen medieval Yoda? This little guy features in a manuscript dating from 1300-1340 as an illustration for the biblical story of Samson @britishlibrary Smithfield Decretals - Roy.

"The child, too young to have much understanding of events, was led away towards the catapult." "Picturing Passion" is fundamentally about Anglo artists and their misconceptions and biases. "Things don't stand in isolation. Care for a medieval pancake recipe? #PancakeDay. 10 Books about Medieval Art you can now download for free, courtesy @metmuseum #MetPubs #AllByYourShelf. “Middle Ages for Educators” Website. In an effort to help with distance learning, teaching and research, medievalists Merle Eisenberg, Sara McDougall, and Laura Morreale have created a new website: Middle Ages for Educators. 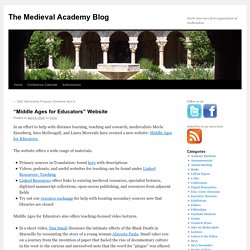 The True Significance of St. Corona, the Viral Saint. In Germany’s Aachen Cathedral, the relics of a particularly timely-sounding saint have emerged. 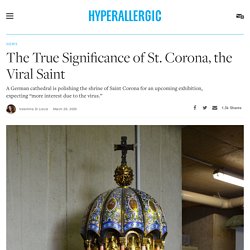 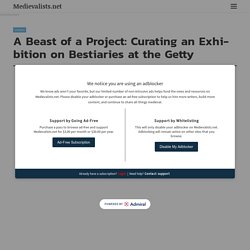 After eight years of intense research, loan negotiation, design development, and thousands of emails, Book of Beasts: The Bestiary in the Medieval World will open at the J. Paul Getty Museum in Los Angeles on May 14, 2019.

Pilgrimage. Medieval Music (1000-1450) Audio descriptions by British Museum. The British Museum Membercast: Making a living in Iron Age Britain. Medieval in the news. Medieval decorative arts. HENI Talks - The Secrets of the Witham Shield. The Witham Shield is one of the most beautiful pieces that we have preserved to us today of what we call Celtic Art. We think that this object was probably produced over 2000 years ago, and that’s based on the style of the designs and the way that the shield’s made. Quite often when we hear Celtic Art we think of interlace designs, and things like the Lindisfarne Gospels and even Anglo-Saxon art. I’m not talking about those kinds of designs. I am talking about much, much earlier art. When we first get to the word ‘Celtoi’ or ‘Celt’ appearing in the classical texts.

MPOC & “others” People of Color in European Art History: Photo. Medieval Women. Manuscripts. Dr. Sarah Bond sur Twitter : "Hello, and welcome to my thread □ on the long history of modifying images for political purposes and of state sponsored iconoclasm. Let's address why it is problematic that the @USNatArchives has admitted to blurring photos o.

The Medieval Magazine— Medieval Communities. College of Liberal Arts and Sciences. Writing a book review is one of the fundamental skills that every historian must learn. An undergraduate student’s book review should accomplish two main goals: Lay out an author’s argument, and Most importantly, critique the historical argument. It is important to remember that a book review is not a book report. Book Reviews. Medieval Art - Religion, feudalism and lots of gold leaf. In 476 CE a soldier named Flavius Odoacer deposed the Roman emperor Romulus and was crowned 'King of Italy' under the authority of the Emperor of Constantinople.

Italy’s first king marked the end of the Roman Empire, now subservient to the new global superpower, the Byzantine Empire. But Constantinople was a long way from Italy, and Rome’s vast holdings fractured into a myriad of warring ‘barbarian’ tribes. Rome, for all its violence, had held the Western world together, and in their absence, everything went to shit. The Helgo Treasure: A Viking Age Buddha. A remarkable collection of religious items sourced from diverse lands was discovered during archaeological excavations on the Swedish island of Helgo. Located in Lake Malaren, to the west of Stockholm, this small island was an important Viking trading and manufacturing centre (6th-11th centuries AD). It has produced an enormous collection of artefacts, including numerous exotic finds such as Arabic coins, Frankish glass and metal-work from across western Europe. However, the most famous objects found were three precious items, now known as the Helgo treasure.