The Complicated Journey of Marine Plastic Pollution. The aim of this project is to raise awareness of the increasingly dire issue of marine plastic pollution and encourage people to participate in solutions. 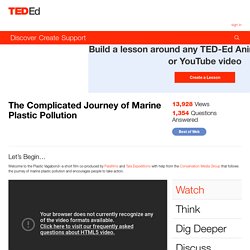 Find out more about the Tara Ocean Expeditions featured in the film. For a comprehensive report on The New Plastic Economy check out this recent report from the Ellen MacArthur Foundation. How we can turn plastic waste into green energy. In the adventure classic Back to the Future, Emmett “Doc” Brown uses energy generated from rubbish to power his DeLorean time machine. 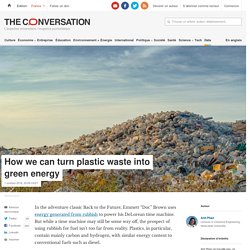 But while a time machine may still be some way off, the prospect of using rubbish for fuel isn’t too far from reality. Plastics, in particular, contain mainly carbon and hydrogen, with similar energy content to conventional fuels such as diesel. Plastics are among the most valuable waste materials – although with the way people discard them, you probably wouldn’t know it. It’s possible to convert all plastics directly into useful forms of energy and chemicals for industry, using a process called “cold plasma pyrolysis”.

Pyrolysis is a method of heating, which decomposes organic materials at temperatures between 400℃ and 650℃, in an environment with limited oxygen. Mountains to Sea Conservation Trust - About Us. The Northland-based Mountains to Sea Conservation Trust (CC23406) was established in 2002, as a charitable umbrella and support organisation for the Experiencing Marine Reserves (EMR) marine education and Whitebait Connection (WBC) freshwater education programmes. 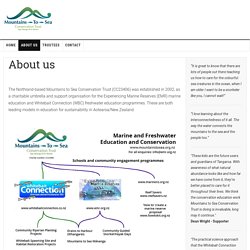 The seas of plastic - Captain Charles Moore. 1) Moore observes that we moved from a conservation-oriented culture in the ‘30s and ‘40s to a society enamored with disposable items by the ‘50s and ‘60s. 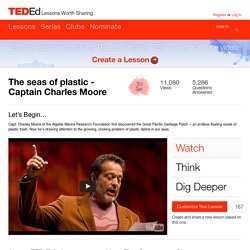 In certain communities, however, this may be changing. Investigate Zero Waste Communities. What does it mean to be a Zero Waste Community? Local Focus: Plastic stockpiles growing after China shuts out our rubbish. Squashed and stacked more than 2m high, hundreds of thousands of plastic bottles from Huntly's Metro Waste recycling station are at last on the move to Malaysia. 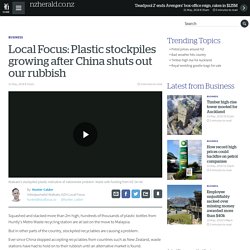 But in other parts of the country, stockpiled recyclables are causing a problem. Ever since China stopped accepting recyclables from countries such as New Zealand, waste stations have had to hold on to their rubbish until an alternative market is found. Soft Plastics Recycling. PETITION: Ban the Bag. Not sitting on the bio fence when it World Economic Forum. This shocking chart shows the true impact of plastic on our planet. On April 21, 2018 at 11:31 am. 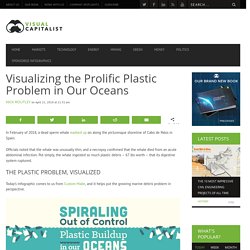 8 steps to solve the ocean's plastic problem. The ocean provides us with everything we need: food, oxygen, inspiration and jobs. 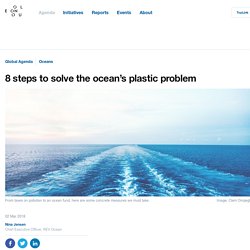 It also regulates the climate. Despite its vital importance, we are currently treating our ocean like an enormous dump. These Indian fishermen take plastic out of the sea and use it to build roads. Every one of India’s 1.3 billion people uses an average 11kg of plastic each year. 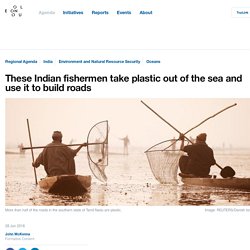 After being used, much of this plastic finds its way to the Arabian Sea and Indian Ocean, where it can maim and kill fish, birds and other marine wildlife. Fisherman in India’s southern state of Kerala are taking on the battle to cut the level of plastic waste in the oceans. When the trawlers drag their nets through the water, they end up scooping out huge amounts of plastic along with the fish. Until recently the fishermen would simply throw the plastic junk back into the water. But last summer Kerala’s fisheries minister J. Mushrooms Can Eat Plastic, Petroleum and CO2.

Mushrooms have a solution for just about every man-made problem In the midst of global warming, global desertification, deoxygenating oceans and Earth’s sixth mass extinction crisis, mycologist and author Paul Stamets gives us seven reasons to hold out hope, and they all involve mushrooms. 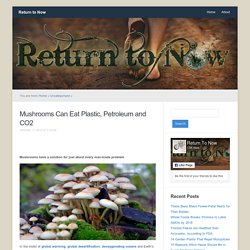 In a still-relevant 2008 Ted Talk, he says mushrooms contain the solution to just about every major problem humans have created, from global warming, to oil spills, to plastic pollution. Mayors call for levy on single-use plastic bags. The mayors of Auckland, Wellington and Dunedin have jointly launched an open letter to other mayors around the country to join the call on central government to institute a national levy on single use plastic bags, or to give local authorities the power to do so themselves. 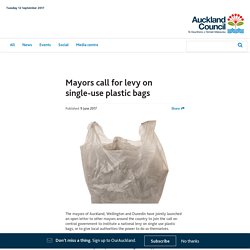 This initiative further supports the remit passed at the 2015 Local Government New Zealand (LGNZ) Conference. LGNZ President Lawrence Yule says this position has strong sector support. Sending a strong message The letter will go out to all mayors, and be presented to the Minister for the Environment to send a strong message about where the people of New Zealand stand on this issue. "We have to stop dumping hundreds of millions of non-biodegradable plastic bags into landfill every year," said Auckland Mayor Phil Goff.

"We know that a small charge on single-use bags drastically changes consumer behaviours. 1.6 billion bags a year Currently, Kiwis use around 1.6 billion plastic bags a year. PETITION: Ban the Bag. The World In 2050 [The Real Future Of Earth] - Full BBC Documentary 2017. The Kiwi Bottle Drive – Let's get bottle deposits in Aotearoa NZ! Seattle to Ban Plastic Straws, Utensils at Restaurants Next Year. Starting next year, Seattle restaurants will no longer provide plastic straws and plastic utensils to its patrons after a 2010 ordinance finally takes effect. "As of July 1, 2018, food services businesses should not be providing plastic straws or utensils," Sego Jackson, the strategic advisor for Waste Prevention and Product Stewardship for Seattle Public Utilities, told Q13 FOX.

What really happens to the plastic you throw away - Emma. If you watched this video, you’re probably interested in how plastics are made, and what impact they have on the environment. Movie Screenings - Plastic Free July. Biodegradable Coffee Cups Embedded With Seeds Grow Into Trees When Thrown Away. A creative company in California called Reduce. Reuse. Grow has designed a coffee cup that is not only biodegradable, but even has seeds in its walls so that it can be planted and grown!