NEXT 1. Navy confirms declassified military footage shows UFOs. The US Navy has finally acknowledged footage purported to show UFOs hurtling through the air. 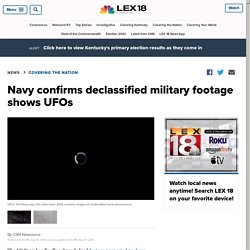 And while officials said they don't know what the objects are, they're not indulging any hints either. The objects seen in three clips of declassified military footage are "unidentified aerial phenomena," Navy spokesperson Joe Gradisher confirmed to CNN. The clips, released between December 2017 and March 2018 by To The Stars Academy of Arts & Sciences, appear to show fast-moving, oblong objects captured by advanced infrared sensors.

In footage from 2004, sensors lock on a target as it flies before it accelerates out of the left side of the frame, too quickly for the sensors to relocate it. Two of the videos, both from 2015, contain audio from US fighter pilots attempting to make sense of what they're seeing. "It's a f****g drone, bro," a pilot says to his colleague in the first clip. "My gosh! "Look at that thing, dude! " This video is no longer available Published at: 10:32 PM, Wed Jun 24 2020. EXCLUSIVE: Cartel in the U.S.A.- Part 1: A Brutal Drug Lord Has Infiltrated America. A brutal Mexican cartel is infiltrating small towns across the U.S.A. 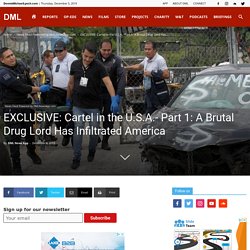 In this 3-part series, the cartel’s leadership and tactics are detailed. A dangerous crime lord known as “El Mencho” is one of America’s most wanted criminals, and for good reason. Described as violent, brutal and savage, Rubén “Nemesio” Oseguera Cervantes has a $10 million reward on his head and a place on the U.S. Drug Enforcement Administration’s Most Wanted list. El Mencho, 53, is the leader of Cártel Jalisco Nueva Generación (CJNG), a drug cartel known for its “extreme savagery in Mexico” including “beheadings, public hangings, acid baths, even cannibalism,” The Mexico Ledger reports.

The CJNG rose to dominance after former Sinaloa Cartel capo Ignacio Coronel was killed in 2010 by Mexican security. Óscar Orlando Nava Valencia, alias “El Lobo,” was the leader of the Milenios. Now, the CJNG is a billion-dollar organization. El Mencho’s Background In 1997, El Mencho was deported from the U.S. The CJNG U.S. Background. Democrats Stunned at Top Name on GOP Witness List - TRENDINGRIGHTWING. The long-awaited list by Republicans for their requested witnesses during the impeachment hearings has finally been released. 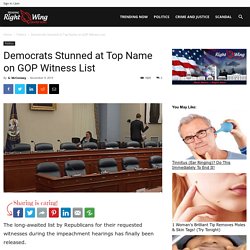 At the top of that list was House Intelligence Committee chairman, Rep. Adam Schiff (D-CA), as well as the whistleblower in the case. Nunes Requests Schiff The request for Schiff to appear was made by Rep. Devin Nunes (R-CA). CNN, MSNBC dragged for 'unhinged' focus on 'super spreader' claims during historic swearing in of Justice Barrett. CNN and MSNBC were blasted on social media after the two cable news outlets honed in on the coronavirus pandemic rather than the historic swearing-in ceremony for new Supreme Court Justice Amy Coney Barrett Monday night at the White House. 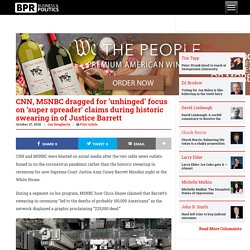 During a segment on his program, MSNBC host Chris Hayes claimed that Barrett’s swearing-in ceremony “led to the deaths of probably 100,000 Americans” as the network displayed a graphic proclaiming “225,000 dead.” The segment was tweeted out by 2020 Trump campaign rapid response director Steve Guest, who called it “UNHINGED.” “We can’t do anything about the lives we’ve lost or Amy Coney Barrett being on the Supreme Court, she’s gonna be now,” Hayes complained. “So all we can do is take that rage and channel it, rise up together as a country to kick them out of power to begin some work to repairing what they’ve broken, and mourning those we’ve lost.” “CNN is non-stop scaring people about Covid. “This CNN chyron isn’t news. Jon Dougherty. Time Magazine Hails 'The Great Reset' to Usher in Global Socialism.

On 31st October 2020 @ 1.00pm © press Time magazine has hailed "The Great Reset" on its front cover, declaring that the global COVID-19 pandemic has created "a unique opportunity" to usher in socialism around the world. 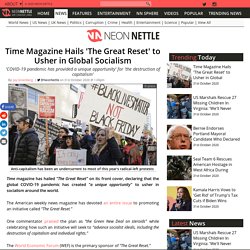 The American weekly news magazine has devoted an entire issue to promoting an initiative called “The Great Reset.” One commentator praised the plan as “the Green New Deal on steroids” while celebrating how such an initiative will seek to “advance socialist ideals, including the destruction of capitalism and individual rights.”