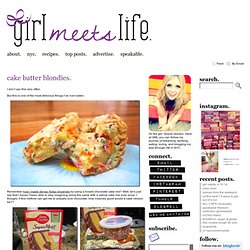 But this is one of the most delicious things I’ve ever eaten. ProductName] Recipes. The Baker Chick: Cinnamon Roll Pancakes - StumbleUpon. There are certain recipes that when I see I absolutely have to make. 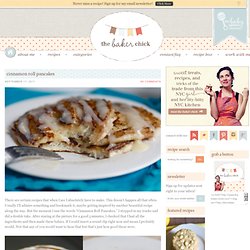 This doesn’t happen all that often. Usually I’ll admire something and bookmark it, maybe getting inspired by another beautiful recipe along the way. Made Just Right. 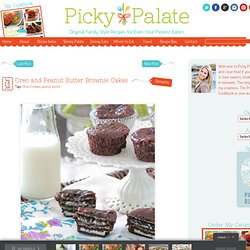 There are a bit like my Brownie Covered Oreo’s from last Christmas but enhanced with layers of peanut butter and a double decker stack of Oreos in each little brownie cake. They are simply prepared in cupcake liners. Hope you enjoy this ultra sweet little cake Ok, I have to brag about this brownie mix from Trader Joes for a second. I know not everyone has a Trader Joes near by, however if you do, get a load of their ready to pour baking mix. Break out 24 Oreo Cookies. Some of your favorite peanut butter. Spread a teaspoon of peanut butter over Oreo #1. Martha Stewarts Cookies and Cream Cheesecakes Recipe.

Posted by Grace Massa Langlois on Wednesday, 21st July 2010 I have yet to meet a person who doesn’t like Oreo cookies or Cream Cheesecake Cupcakes. 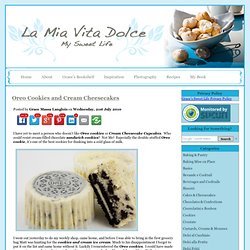 Who could resist cream-filled chocolate sandwich cookies? Not Me! Especially the double-stuffed Oreo cookie, it’s one of the best cookies for dunking into a cold glass of milk. I went out yesterday to do my weekly shop, came home, and before I was able to bring in the first grocery bag Matt was hunting for the cookies and cream ice cream. One of Matt’s favourite desserts of all time is cherry cheesecake and I thought to myself why not Oreo Cookies and Cream Cheesecakes, that should satisfy his craving.

Plus these cheesecakes are super easy to prepare, everything comes together in one bowl and there’s no crushing chocolate wafers with a rolling pin, then melting butter, baking the crust first and then baking a second time when filled. Drop an Oreo cookie into each muffin tin, make filling, add chopped cookies, bake, and enjoy, how easy is that? Oreo Stuffed Chocolate Chip Cookies — very culinary. My pants are tight. 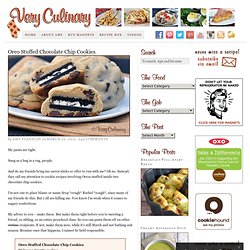 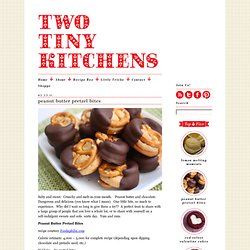 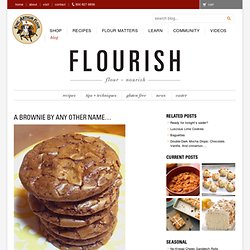 Love their shiny, flaky top that shatters into micro-thin shards that shower onto your fingers as you eat. Love their dark, gooey center. Their “chocolate nirvana” flavor. Sometimes can’t deal with the bake, wait to cool, cutting into squares messiness and fuss of brownies. Want something I can enjoy within 5 minutes of its exit from the oven. Cinnamon Toast&Rolls - Circle B Kitchen - Circle B Kitchen - StumbleUpon. The USDA released its new food pyramid the other day (which is actually a plate now instead of a pyramid), and I am sorely disappointed to report that cinnamon rolls did not appear anywhere on that plate.

I think by now most of us know what should be on our dinner plate in terms of healthy, well-rounded nutrient-laden meals, but it is my considered opinion that our breakfast plate should include cinnamon rolls now and then. And not just any cinnamon roll, mind you, but how ‘bout a homemade cinnamon roll hybrid that is a cross between a cinnamon roll and cinnamon toast, is super easy to make and gosh darn delicious.

In honor of their ancestry, I call these little gems cinnamon toast rolls, and here’s all you need to make them… Yep. That’s it… some soft white bread, some butter and some cinnamon sugar. Trim the crusts off of the bread Roll the bread really flat Brush both sides of the bread with butter. Death By Oreo Cupcakes - StumbleUpon. They are probably the best Oreo cakes I have ever tried. 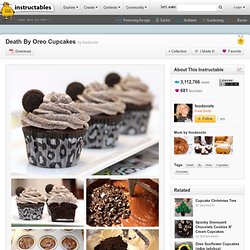 A lot of cake's that I have experimented with before are like a vanilla cake with bits of Oreo in them, which didn't really give them enough Oreo flavor. But these were a lot better. I used a dark chocolate fudge cake mix instead of just a regular chocolate cake mix, which went really well with the cookies and gave the cakes just a little more flavor.

So, in this recipe there is Oreo's in the cake, in the frosting, and at the bottom is a Oreo surprise. That's right, you put a whole Oreo at the bottom of the cake. Family Kitchen - StumbleUpon. Bring Your Child's Favorite Characters to Life with These Disney-Themed Lunches Healthy Mickey-Shaped PB&J Muffins: A Breakfast the Whole Family with Love A Yummy Instant Pot Chicken and Rice Recipe Even the Pickiest Eaters Will Love. 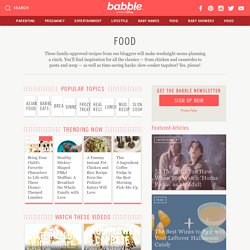 Foodgawker - StumbleUpon. GET OFF YOUR BUTT AND BAKE!: PRETZEL BITES - Parmesan or Cinnamon and Sugar with glaze. - StumbleUpon. Do you need a perfect snack for the big game? These Pretzel bites will hit the spot for sure. You can make a combination of Parmesan bites with a Cheese dip or Cinnamon and Sugar bites with a Vanilla glaze for dipping. I've finally used up my supply of Rhodes Roll dough . . . until I buy more. It's quite nice to have on hand when you need it. If you have some hanging around your freezer, you can whip these up in a jiffy. Easy Light Broccoli Cheese Stuffed Chicken Recipe - StumbleUpon.

50 Things to Make With Bacon : Recipes and Cooking : Food Network - StumbleUpon. Cinnamon Sugar Pull-Apart Bread — Joy the Baker - StumbleUpon. I’m sorry. I know it’s Monday morning and you probably came here for some pretty pictures of food that you could glance at, and then move on with your day… and here I go thrusting warm, soft cinnamon sugar bread in your face. It’s not fair. I know it’s not fair. I know that now you’re craving cinnamon rolls, and cream cheese frosting and chili fries and hot dogs. I am too… and I already ate half of this warm bread.

You don’t deserve this sort of torture. This bread hits all the comfort spots in my soul. Appetizer Recipe: Bacon-Wrapped Potato Bites with Spicy Sour Cream Dipping Sauce. Bake sale week: magic smores bars. Warm Toasted Marshmallow Smore Bars. Cruft: Lasagna Cupcakes - StumbleUpon. When Intelligentsia Coffee opened in Pasadena recently, I was intrigued the lasagna cupcakes they served. The cupcakes are made by Heirloom LA, a catering business. About the size of a muffin, a single lasagna cupcake was a delicious meal.

- StumbleUpon. Braided Spaghetti Bread & The official blog of Americas favorite frozen dough. We are carb lovers at our house, so when I saw the Braided Spaghetti Bread recipe in the Rhodes Home Baked Family Favorites with frozen dough cookbook I knew we would love it. This is a really simple recipe; it just takes a little planning for thawing the dough. It will take 2-3 hours for the bread loaf to thaw to room temperature or 1-2 hours for the rolls to thaw to room temperature. You will need: 1 Loaf Rhodes Bread Dough or 12 Rhodes Dinner Rolls, thawed to room temperature6 oz spaghetti, cooked 1 cup thick spaghetti sauce 8 oz mozzarella cheese, cut into 1/2 –inch cubes 1 egg white Parmesan cheese Parsley flakes Spray counter lightly with non-stick cooking spray (or use parchment paper). 100 Delicious, Dirt-Cheap Recipes for the Starving Student.

Most students don’t have a lot of cash to spend on food, but that doesn’t mean you have to go hungry. Sweet Pea's Kitchen - StumbleUpon. The Brownie Project. - StumbleUpon.