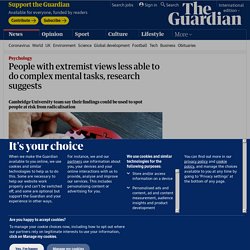 Researchers from the University of Cambridge sought to evaluate whether cognitive disposition – differences in how information is perceived and processed – sculpt ideological world-views such as political, nationalistic and dogmatic beliefs, beyond the impact of traditional demographic factors like age, race and gender. The study, built on previous research, included more than 330 US-based participants aged 22 to 63 who were exposed to a battery of tests – 37 neuropsychological tasks and 22 personality surveys – over the course of two weeks. The tasks were engineered to be neutral, not emotional or political – they involved, for instance, memorising visual shapes.

In some cognitive tasks, participants were asked to respond as quickly and as accurately as possible. Covid-19 has shaken global economy but other white swan threats remain. In February, I warned that any number of foreseeable crises – “white swans” – could trigger a massive global disturbance this year. 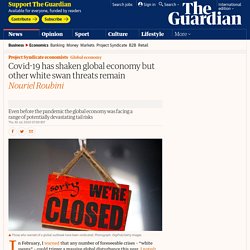 I noted: “… the US and Iran have already had a military confrontation that will likely soon escalate; China is in the grip of a viral outbreak that could become a global pandemic; cyberwarfare is ongoing; major holders of US treasuries are pursuing diversification strategies; the Democratic presidential primary is exposing rifts in the opposition to Donald Trump and already casting doubt on vote-counting processes; rivalries between the US and four revisionist powers are escalating; and the real-world costs of climate change and other environmental trends are mounting.”

Since February the Covid-19 outbreak in China did indeed explode into a pandemic, vindicating those of us who warned early on that the coronavirus would have severe consequences for the global economy. Europeans' trust in US as world leader collapses during pandemic. Bob Dylan – Murder Most Foul Lyrics. At midnight on March 27, 2020, Bob Dylan released “Murder Most Foul”—his first studio release since March 2017’s Triplicate and first original song release since September 2012’s Tempest. 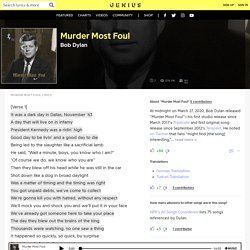 He noted on Twitter that fans “might find [the song] interesting,” adding: Stay safe, stay observant and may God be with you. With a title likely derived from Shakespeare’s 1609 play, Hamlet, the song revolves around the circumstances of President John F. Kennedy’s November 1963 assassination and its ensuing impact on popular culture; making many references to songs, films, musicians, artists, and celebrities who would come to prominence in the years following his death. Considering Dylan’s sophomore album found success the same year as Kennedy’s demise, the song also winds up being a retrospective on many cultural events running parallel to his long career as a songwriter.

Harvey Weinstein convicted of rape at New York trial. Harvey Weinstein, the fallen titan of Hollywood whose sexual abuse of aspiring young female actors sparked the #MeToo movement, has finally been brought to justice after a New York jury found him guilty of two of the five charges he faced. 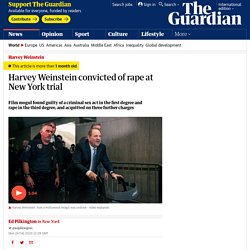 The jury of seven men and five women at the New York supreme court took five days to reach their verdict. This was the decade the US’s self-serving myths fell apart. The 2010s was the decade that forced American politicians and commentators to confront the limits of the country’s own mythology. 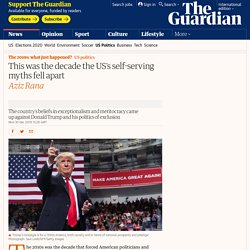 Political elites in both parties had long shared the same conventional wisdom about the United States, grounded in ideas of exceptionalism and institutional perfection. YouTube. How liberalism became ‘the god that failed’ in eastern Europe. In the spring of 1990, John Feffer, a 26-year-old American, spent several months criss-crossing eastern Europe in hope of unlocking the mystery of its post-communist future and writing a book about the historical transformation unfolding before his eyes. 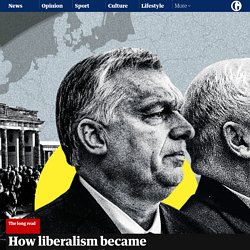 He was no expert, so instead of testing theories, he buttonholed as many people from as many walks of life as possible. The contradictions he encountered were fascinating and puzzling. East Europeans were optimistic but apprehensive. Digital dystopia: how algorithms punish the poor. All around the world, from small-town Illinois in the US to Rochdale in England, from Perth, Australia, to Dumka in northern India, a revolution is under way in how governments treat the poor. 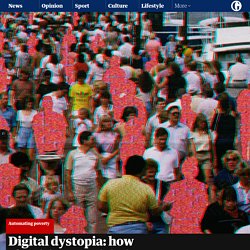 You can’t see it happening, and may have heard nothing about it. It’s being planned by engineers and coders behind closed doors, in secure government locations far from public view. Antisocial review: Andrew Marantz wades into the alt-right morass. As Andrew Marantz discovers in his new book, chutzpah – sheer, outrageous shamelessness – may be the most powerful and most dangerous form of charisma. 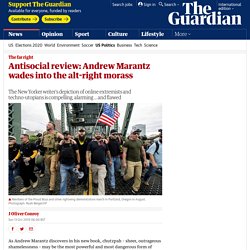 The New Yorker writer argues that the unfettered internet created a loose coalition of reactionaries – rightwing muckrakers, pro-Trump trolls and outright fascists – whose cynical exploitation of free speech has derailed American discourse. The subtext of Antisocial: Online Extremists, Techno-Utopians and the Hijacking of the American Conversation is Marantz’s anxiety at embedding with bad people and his fear that no matter how much critical distance he tries to maintain, the very act of immersion implicates him. As if to prove the point, his book, although dark and often disturbing, is also sometimes funny thanks to its wry, observatorial style and the surreality of the material.

Hopes of clean break with EU are nonsense, says ex-Brexit official. Claiming a no-deal Brexit represents a clean break with the European Union is “nonsensical”, according to Philip Rycroft, the former permanent secretary at the Department for Exiting the EU. 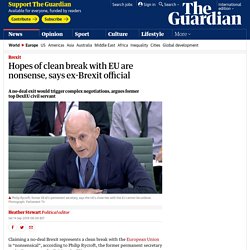 Boris Johnson has promised to extricate the UK from the EU on 31 October “come what may” – and has hinted that he could try to get around legislation mandating him to request a Brexit delay. The Brexit party leader, Nigel Farage, whose party trounced the Tories in May’s European elections, has been urging the PM to deliver a “clean break Brexit” by leaving without a deal. But Rycroft, who was the most senior civil servant at DexEU until March this year, told the Guardian a no-deal Brexit would mark the beginning of a complex series of negotiations. “It is not a clean break: what it does is it takes us legally out of the EU.

But what it can’t do is undo all of the very close economic ties that we have with the EU, on which so much of our trade as a country depends. The insidious ideology pushing us towards a Brexit cliff-edge. At first sight it’s incomprehensible. 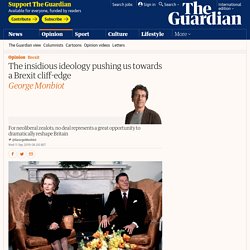 Why risk everything for a no-deal Brexit? Breaking up their own party, losing their parliamentary majority, dismantling the UK, trashing the economy, triggering shortages of food and medicine: how could any objective, for the Conservative and Unionist party, be worth this? What good does it do them? Yes, some people will benefit. To judge by recent donations to the Conservative party, some very rich people approve of Boris Johnson’s policies. We make a mistake when we assume that money is the main motivation. This, I believe, is the key to understanding what is happening today. Neoliberalism is the ideology developed by people such as Friedrich Hayek and Milton Friedman. It was embraced by Margaret Thatcher, Ronald Reagan and most subsequent governments. It has failed on its own terms, and in many other ways. Boeing's travails show what's wrong with modern capitalism. The plight of Boeing shows the perils of modern capitalism.

The corporation is a wounded giant. Much of its productive capacity has been mothballed following two crashes in six months of the 737 Max, the firm’s flagship product: the result of safety problems Boeing hid from regulators. Britain is run by a self-serving clique. That’s why it’s in crisis. Last week Boris Johnson delivered a speech to a Royal Horticultural Society audience in Wisley, Surrey, before heading to the affluent village of Oxshott to buy some fennel and tarragon sausages and have a cup of tea in the Munch and Wiggles cafe. Richard Swartz: die Einsamkeit der Osteuropäer in unseren Tage. Chaos is being normalised. It is all part of Boris Johnson’s pernicious plan.

On Saturday, for the first time in living memory, neo-fascists were chanting the name of the serving prime minister. Supporters of the English Defence League and the Democratic Football Lads Alliance wandered around Whitehall some drunk, harassing random remain protesters and shouting into the faces of journalists until, inevitably, they attacked the police. It’s part of an unnerving trend that’s emerged in the past two weeks: the normalisation of chaos. We have a parliament suspended against its will. We have ministers threatening to break the law. We have allegations that a network of advisers inside Whitehall are using encrypted messaging to circumvent legal scrutiny.