My Summer North Island Road Trip. A day after Christmas, four university friends and I went on a five day road trip around the North Island of New Zealand. 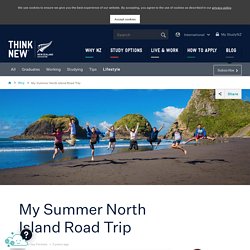 How to stay safe when flying, according to two experts. We don’t know about you, but we’re ready to travel. 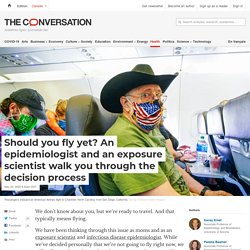 And that typically means flying. We have been thinking through this issue as moms and as an exposure scientist and infectious disease epidemiologist. While we’ve decided personally that we’re not going to fly right now, we will walk you through our thought process on what to consider and how to minimize your risks. Why the fear of flying? The primary concern with flying – or traveling by bus or train – is sitting within six feet of an infected person. 3 Things you should NEVER do with a Rental Car. Travel hacks airlines don't want you to know about. We're taking a look back at some of our favourite articles from Travel Booking flights is easily one of the least fun parts of planning a holiday. 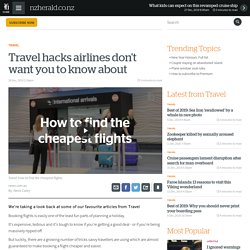 It's expensive, tedious and it's tough to know if you're getting a good deal - or if you're being massively ripped off. But luckily, there are a growing number of tricks savvy travellers are using which are almost guaranteed to make booking a flight cheaper and easier. Here are some of the best. My partner and I discovered this one by accident recently. In a light bulb moment, we wondered what would happen if we simply didn't board our flight from Santiago to Sao Paulo - and the answer is nothing, because it's actually a little-known but long-established traveller's trick known as the Hidden City hack. How To Sleep On A Flight Like A Pro. If you want to sleep on a flight, good luck. 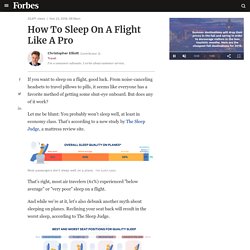 From noise-canceling headsets to travel pillows to pills, it seems like everyone has a favorite method of getting some shut-eye onboard. But does any of it work? Let me be blunt: You probably won't sleep well, at least in economy class. 30 Things That Frequent Travelers Use While Traveling (So Maybe You Should, Too) How to Get Someone to Stop Reclining Their Seat On a Flight.

The Perfect Highway 1 Road Trip Through California. California’s Highway 1 is a perennial favorite for adventurous road-trippers—and for good reason. 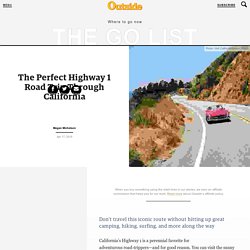 You can visit the sunny beaches of San Diego, the wine country of the central coast, the rugged cliffs of Big Sur, and the towering redwoods of Mendocino without ever leaving the road. Sections of the iconic highway were closed due to wildfire and mudslides for over a year, but these reopened in July 2018 and the route is eager for visitors.

Along the way, score dreamy campsites overlooking the Pacific Ocean or post up at the many revamped retro hotels that dot the route. Tackle the whole thing, or take it on piecemeal by planning a trip for one of the sections below. Leg One San Diego to Santa Barbara Start from the southern end of Highway 1 in San Diego, where you’ll find a thriving craft-beer scene, friendly surf breaks, and 65 miles of trails in the city’s 1,200-acre Balboa Park. Leg Two The Central Coast Leg Three Big Sur to San Francisco Leg Four Mill Valley to Mendocino. 8 Free Travel Apps That Will Save You Money. According to Project Time Off, an advocacy group led by the U.S. 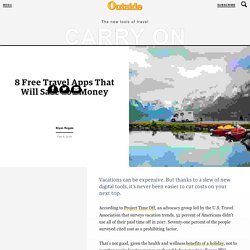 Travel Association that surveys vacation trends, 52 percent of Americans didn’t use all of their paid time off in 2017. Seventy-one percent of the people surveyed cited cost as a prohibiting factor. That’s not good, given the health and wellness benefits of a holiday, not to mention you’re leaving money on the table by not using all your PTO. Thankfully, we live in the golden age of apps, and there are plenty of helpful tools for budget-conscious travelers looking to save a buck. AirHelp (Android and iOS) AirHelp is one of several new apps that aims to help you get compensated for the worst parts of air travel—missed connections, lost baggage, and delayed, overbooked, or canceled flights. 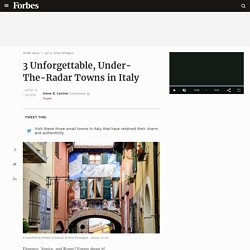 Forget about it! Admittedly, these richly endowed (albeit over-touristed) Italian cities are destinations every traveler needs to visit at least once in a lifetime—probably more than once. But for those who want to experience smaller towns that still remain authentic and unvarnished by hoards of tourists, here are three under-the-radar destinations well worth visiting. Dozza Region: Emilia Romagna A painted doorway in Dozza Italy, Emilia RomagnaJerome Levine. Businessinsider.com. 10 Devious Scamming Tricks That Tourists Regularly Fall For. In 2016, there were approximately 1.235 billion international tourists around the world. 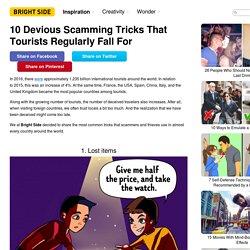 In relation to 2015, this was an increase of 4%. At the same time, France, the USA, Spain, China, Italy, and the United Kingdom became the most popular countries among tourists. Along with the growing number of tourists, the number of deceived travelers also increases. After all, when visiting foreign countries, we often trust locals a bit too much. And the realization that we have been deceived might come too late. We at Bright Side decided to share the most common tricks that scammers and thieves use in almost every country around the world. 1. Imagine yourself walking quietly through an unfamiliar city. 20 Travel Hacks To Save You Time, Money & Stress.