Google Just Got Really Bad News. Here's Why It'll Probably Get Worse, and What It Means for You. It seems like it was only a matter of time. 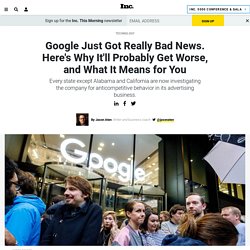 Google has been the target of a variety of regulatory and investigative bodies over the past few months, and once that ball started rolling down the hill, it wasn't going to stop until the states got involved. Yesterday, the Attorneys General of forty-eight states, the District of Columbia, and Puerto Rico announced that they are investigating Google over its dominance of the online advertising market. Speaking on the steps of the US Supreme Court, Texas Attorney General, Ken Paxton, said on behalf of the group that the company "dominates all aspects of advertising on the Internet," largely due to its overwhelming share of online search. 7 things to know about smart lights before you buy a boatload of them. From light bulbs and plugs to light switches and wall panels, smart lights are a popular smart home entry point. 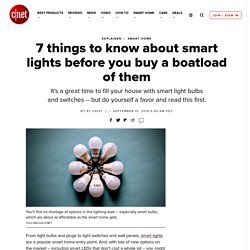 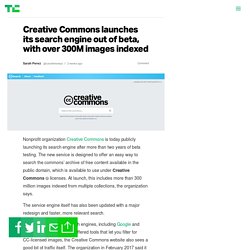 The new service is designed to offer an easy way to search the commons’ archive of free content available in the public domain, which is available to use under Creative Commons licenses. At launch, this includes more than 300 million images indexed from multiple collections, the organization says. The service engine itself has also been updated with a major redesign and faster, more relevant search. While the larger photo search engines, including Google and Flickr, have for a long time offered tools that let you filter for CC-licensed images, the Creative Commons website also sees a good bit of traffic itself. 31 Ways to Be More Mindful. 40 incredibly useful Google search tips. Hacking attacks on your router: Why the worst is yet to come. This device is unable to play the requested video. 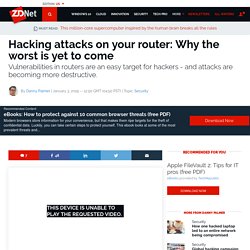 Consent Form. Your router is full of features that make it easier to use, but these same properties often make it less secure. 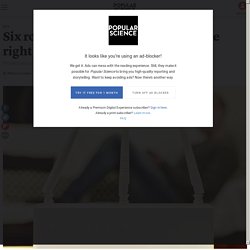 Just last week, a vulnerability in the common Universal Plug and Play (UPNP) protocol, which facilitates communication between devices on a network, was used to hack thousands of routers. There’s a good chance your device remains vulnerable to this and many other security holes. The problem gets worse if you rely on an older router, which may not have patches for recently-discovered vulnerabilities.

If you haven’t upgraded your router since the Bush administration, you probably should think about buying a new one soon. In the meantime, these steps will help protect your home network from intruders. Update your firmware and reset to factory settings Your computer updates itself automatically, but many routers don’t. iPhone Photography Gear Roundup 2018: Top Tools for Capturing Stunning Images.

Remove yourself from people search sites and erase your online presence. There is now a very thin line, easily broken, which separates our physical and digital identities. 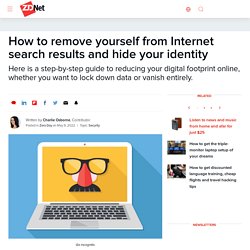 Social networks have evolved from the days of MySpace to valuable, data-slurping machines that have information on everything from our friends and family to our voting habits. When you apply for a new job, many employers will try to find and evaluate your social media presence to ascertain if you are a suitable candidate. A misjudged tweet from years ago or an inappropriate Facebook photo can destroy future job prospects or ruin a career. iOS 12 Hidden Features: 4 Features Apple’s Tips Won’t Tell You About. By now, iPhone users may have noticed the little yellow light bulb that appears in your Notification Center to showcase some of the new capabilities and customizable settings that shipped with Apple’s latest software update, iOS 12. 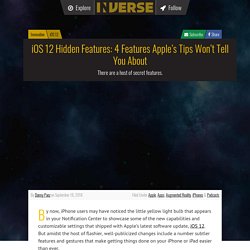 But amidst the host of flashier, well-publicized changes include a number subtler features and gestures that make getting things done on your iPhone or iPad easier than ever. A simple tap can now prompt all of an app’s major features, for example, and sharing an iPhone X will be far less of a hassle thanks to some tweaks to Apple’s facial recognition technology. Consent Form. We do a lot of our web browsing through our phones: More than half of site visits originate with mobile devices. 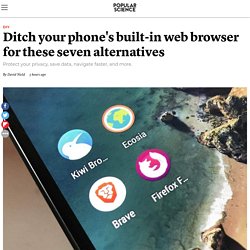 Android and iOS phones both come with default browsers made by the platform's developers. On Android, Google Chrome takes pride of place, while iPhones and iPads rely on pre-installed versions of Apple's Safari. However, these are far from your only choices. Just like your computer, your phone offers a variety of options to help you navigate the internet. We collected seven feature-packed web browsers that protect your privacy, reduce your data use, boost your speed, and more. Mozilla Firefox may be the best-known independent web browser. 10 tech all-stars to look for at Pluralsight LIVE – Pluralsight. Cathy O’Neil | The OG mathbabe Who she is:If you haven’t yet geeked-out over her blog at mathbabe.org or poured over her New York Times bestselling “Weapons of Math Destruction,” this appearance is sure to light a fire under you. 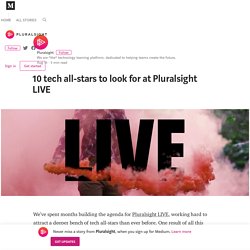