10 Cancer Screening Tests Women Need to Know About. Draxe. An MTHFR mutation is a problem associated with poor methylation and enzyme production. 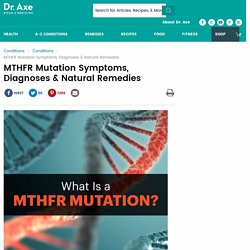 MTHFR mutations affect every person differently, sometimes contributing to hardly any noticeable symptoms at all, while other times leading to serious, long-term health problems. Although the exact prevalence rate is still up for debate, it’s believed that up to 30 percent to 50 percent of all people might carry a mutation in the MTHFR gene, which is inherited and passed down from parent to child. (1) Around 14 percent to 20 percent of the population might have a more severe MTHFR mutation that impacts overall health more drastically.

The MTHFR gene mutation was discovered during the completion of the Human Genome Project. University - Scoliosis linked to disruptions in spinal fluid flow. Posted June 10, 2016; 12:15 p.m. by Catherine Zandonella, Office of the Dean for Research A new study in zebrafish suggests that irregular fluid flow through the spinal column brought on by gene mutations is linked to a type of scoliosis that can affect humans during adolescence. 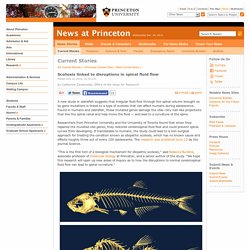 Found in humans and zebrafish, these mutated genes damage the cilia—tiny hair-like projections that line the spinal canal and help move the fluid — and lead to a curvature of the spine. Researchers from Princeton University and the University of Toronto found that when they repaired the mutated cilia genes, they restored cerebrospinal fluid flow and could prevent spinal curves from developing. If translatable to humans, the study could lead to a non-surgical approach for treating the condition known as idiopathic scoliosis, which has no known cause and affects roughly three out of every 100 adolescents. Impaired recycling of mitochondria in autism? Tuberous sclerosis complex (TSC), a genetic disorder that causes autism in about half of those affected, could stem from a defect in a basic system cells use to recycle their mitochondria, report scientists at Boston Children's Hospital. 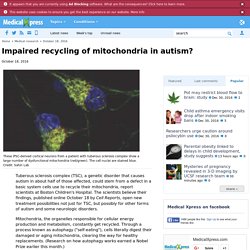 The scientists believe their findings, published online October 18 by Cell Reports, open new treatment possibilities not just for TSC, but possibly for other forms of autism and some neurologic disorders. Mitochondria, the organelles responsible for cellular energy production and metabolism, constantly get recycled. Through a process known as autophagy ("self-eating"), cells literally digest their damaged or aging mitochondria, clearing the way for healthy replacements. (Research on how autophagy works earned a Nobel Prize earlier this month.) DNA Damage from EMF - Electromagnetic Field (EMF) Safety from Safe Space Protection. 2011 study from the International Journal of Radiation Biology:Blank M., Goodman R., DNA is a Fractal Antenna in Electromagnetic Fields., Int J Radiat Biol., 2011 Apr; 87(4):409-15. 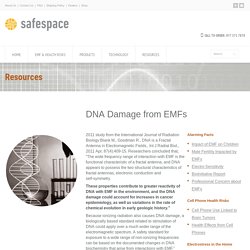 Researchers concluded that, “The wide frequency range of interaction with EMF is the functional characteristic of a fractal antenna, and DNA appears to possess the two structural characteristics of fractal antennas, electronic conduction and self-symmetry. These properties contribute to greater reactivity of DNA with EMF in the environment, and the DNA damage could account for increases in cancer epidemiology, as well as variations in the rate of chemical evolution in early geologic history.”

The MTHFR Gene Mutation And How To Rewire Your Genetics. Have you heard about the MTHFR gene mutation? 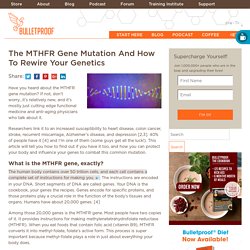 If not, don’t worry…it’s relatively new, and it’s mostly just cutting edge functional medicine and anti-aging physicians who talk about it. Researchers link it to an increased susceptibility to heart disease, colon cancer, stroke, recurrent miscarriage, Alzheimer’s disease, and depression [2,3]. 40% of people have it [4] and I’m one of them (some guys get all the luck!). This article will tell you how to find out if you have it too, and how you can protect your body and influence your genes to combat this common mutation. MTHFR Gene Mutation. Tethered Cord Syndrome - NORD (National Organization for Rare Disorders) Tethered cord syndrome can be of a congenital (primary) origin or acquired (secondary or developmental). 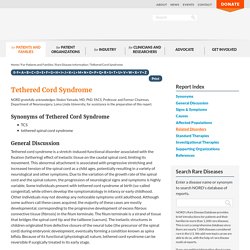 What is Tethered Spinal Cord Syndrome? 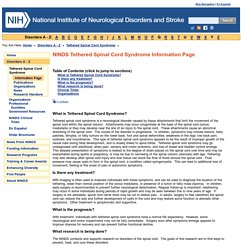 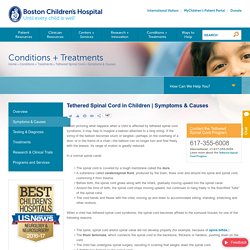 If the string of the balloon becomes stuck or tangled—perhaps on the overhang of a door, or in the frame of a chair—the balloon can no longer turn and flow freely with the breeze: Its range of motion is greatly reduced. In a normal spinal canal: The spinal cord is covered by a tough membrane called the dura. A substance called cerebrospinal fluid, produced by the brain, flows over and around the spine and spinal cord, cushioning it from trauma. How Previous Sexual Partners Affect Offspring. Researchers Discover The Powerful Physiological Effects Of Semen On Women’s Bodies, Brains & DNA. In scientific terms, semen is what’s known as a “master regulator”. 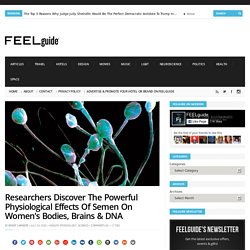 Scientists have discovered how seminal fluid (which makes up approx. 70% of semen’s composition) has enormous physiological impacts on the female body and brain, including, among other things: the ability to activate genes, trigger changes in the uterus, reduce levels of depression in women, make women sleepy after sex, strengthen the emotional bond with their partner, and more. PubMed: Women Carry DNA of Casual Sex Partners for Life : TheRedPill. Research Suggests That A Woman’s Body Incorporates DNA From The Semen Of Her Casual Sex Partners.

Women May Carry the DNA of All Their Sexual Partners. Sex cannot only be deadly, DNA from the semen of your past sexual partners can come back to haunt you, your children and even generations to come.

You may want to think twice about that next one night stand or dude with less than stellar DNA you might secretly shack up with to end your long dry spell. There is a little known ancient scientific fact I would like to share with you about human sexual relations. A Woman’s Body May Incorporate DNA From The Semen Of Casual Sex Partners. Compelling new scientific research has shown that female insects and mammals are able to absorb foreign DNA throughout the cells of their bodies. In human beings, this phenomenon has been conclusively shown to occur in women during pregnancy where genetic material from her growing fetus becomes fused within areas of her brain, affecting her chances of developing Alzheimer’s disease.

The evidence now shows that female animals can incorporate sperm DNA from her prior sex partners. This foreign DNA winds up in future children after the woman successfully reproduces with a completely different male.