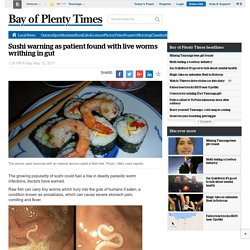 Raw fish can carry tiny worms which bury into the guts of humans if eaten, a condition known as anisakiasis, which can cause severe stomach pain, vomiting and fever. Boils - Treatments, Causes, Symptoms of Boils. A boil is a skin infection that starts in a hair follicle or oil gland. 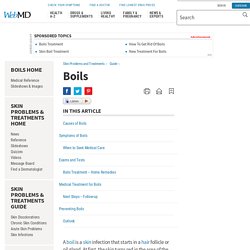 At first, the skin turns red in the area of the infection, and a tender lump develops. After four to seven days, the lump starts turning white as pus collects under the skin. Few schools 'well-placed' to support students' mental health issues, report shows. Last updated 18:35, April 21 2017 Lucy McSweeney, 21, is hoping to change the way students talk about mental health. 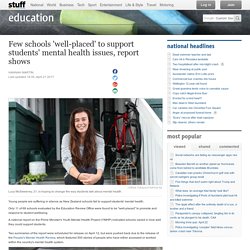 Young people are suffering in silence as New Zealand schools fail to support students' mental health. Only 11 of 68 schools evaluated by the Education Review Office were found to be "well-placed" to promote and respond to student wellbeing. A national report on the Prime Minister's Youth Mental Health Project (YMHP) indicated schools varied in how well they could support students. Two summaries of the report were scheduled for release on April 12, but were pushed back due to the release of the People's Mental Health Review, which featured 500 stories of people who have either accessed or worked within the country's mental health system. LGBT students, disabled youth and young people living in Christchurch are most at risk in terms of their mental health, the Youth Mental Health Report has found.

The ripple effect after the untimely death of a son, a brother and a friend. Last updated 10:29, April 22 2017 Play Video Caption Settings Dialog. 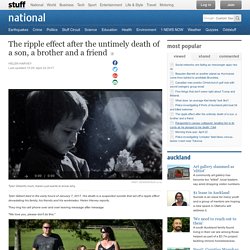 Article. To anyone looking in, Mark Dunlop had the world at his feet. 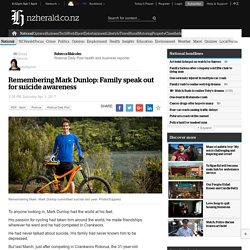 His passion for cycling had taken him around the world, he made friendships wherever he went and he had competed in Crankworx. He had never talked about suicide. Article. Warning: Some readers may find this article distressing For almost 10 months, the five children were beaten, neglected, abused and starved until their teachers reported their black eyes and bruises to the police. 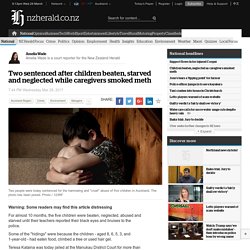 Article. Eating leftover rice can make you sick with food poisoning if it's not stored properly, experts have warned. 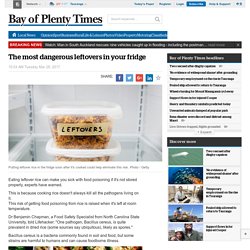 This is because cooking rice doesn't always kill all the pathogens living on it.This risk of getting food poisoning from rice is raised when it's left at room temperature. Dr Benjamin Chapman, a Food Safety Specialist from North Carolina State University, told Lifehacker: "One pathogen, Bacillus cereus, is quite prevalent in dried rice (some sources say ubiquitous), likely as spores. " Bacillus cereus is a bacteria commonly found in soil and food, but some strains are harmful to humans and can cause foodborne illness. Food poisoning caused by these bacteria occurs due to the survival of bacterial spores. 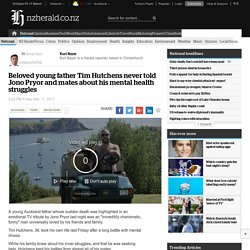 This modal can be closed by pressing the Escape key or activating the close button. Captions Settings Dialog Beginning of dialog window. Escape will cancel and close the window. Video will play in Play now. Article. It can be a pretty fraught situation at the best of times - when the parents of a child or children have separated but they still have to meet to hand over children for visitation rights. 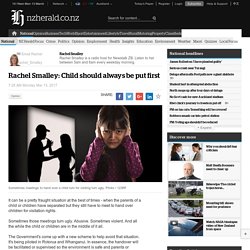 Sometimes those meetings turn ugly. Abusive. Sometimes violent. And all the while the child or children are in the middle of it all. The Kourtney and Scott Effect: Famously Single's Dr. Darcy Gives Advice on Co-Parenting and Rollercoaster Romances on Kardashians. Dr. 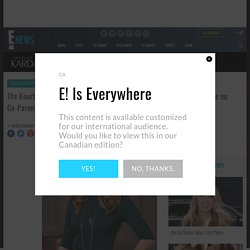 Article. Six ducklings have had a narrow escape, after becoming trapped in train tracks. Tonkin +Taylor engineer James Fox and Geotechnic's Ryan Milligan were driving a road-rail vehicle along Bay of Plenty's Main East Line, when they saw the ducklings stuck between the rails. They had to slam on the brakes to avoid disaster. "The road-rail vehicle takes quite a while to stop once moving, upon seeing the ducklings the driver braked hard and we only just stopped short of them," Milligan said. Early Signs of Schizophrenia. Schizophrenia is a serious mental illness that affects the way a person sees the world.

Dr. Barbara Cornblatt, Ph.D., Director of the Recognition and Prevention Program (RAP) — a specialty program aimed at identifying and treating adolescents and young adults with early signs of mental illness — created the following list of behaviors that could indicate whether your child is at risk or in the early stages of schizophrenia: People at risk often show behaviors such as: • Withdrawing from friends and family • Preferring to be alone • A drop in school performance • Seeming less motivated • Appearing depressed • A reduced ability to concentrate• Changes in sleep or energy level • Increased anxiety or agitation • Irritability • Moodiness Other behaviors of particular concern are: • Mistrustfulness or suspiciousness • Changes in personal hygiene • Emotions that do not fit the situation • Vague speech Dr. TELL DR. Three Questions to Ask Before Spanking. Brent and Nickie have a 3-year-old son whom they describe as a “holy terror.”

He doesn’t listen, chases other children around, and has even run through the house with a barbecue fork! In addition to spanking, they’ve tried talking to him, yelling at him, and giving him a warning countdown before spanking, but nothing seems to work. Is spanking the only punishment your child seems to understand? Many parents feel like they’ve tried everything, and spank as a last resort. Dr. 7 secrets to raising awesome, functional teenagers. Tiny Device Allows You To Track Your Car Using Your Smartphone. A Brand New Tracking Method That Anyone Can Afford. Personality Disorder: Types, Symptoms and Remedies. Personality disorder is a broad term that includes a number of mental disorders, and given that researchers suggest roughly 10% of the population suffers from one disorder in some way, it is critical to understand the different types, symptoms and remedies of personality disorders.

Personality Disorder This term has become much more common in medical and psychiatric circles in the past decade, as the truly pervasive and widespread nature of mental disorders has become better understood. A “personality disorder” is a much broader classification of mental disorders that can affect behavior and personality in many different ways. Article. Orange pumpkin face cookies. Opinion: Why are our children falling silent? New entrants struggling to speak at school. Mother and children tossed through the air after Otamarakau Valley Rd SUV crash in Pukehina. How to Increase Your Hemoglobin Level. Blood Cell Disorders: Types, Causes & Symptoms. The Big Read: Shocking stories behind Bay of Plenty's P scourge. Autism learning tool thrills parents.

'Parent-condoned truancy' as children removed from school for cheap holidays. 2-Year-Old Girl In A Pink Dress Follows Mom Onto The Stage. Now Keep Your Eyes On Her Feet... ACG: Specialist or non-specialist subjects? It's about expert teachers. 9 Questions All Parents Need To Ask Themselves. SunLive. Milk Chocolate Fudge Recipe. Dark Chocolate Fudge Recipe. One Of The Most Important Parenting Decisions You Can Make. How To Help Your Kids Stand On Their Own. 5 Tips For A Successful Negotiation With Your Child. When Parenting Becomes Abuse. Under-5s physical activity guidelines parents may not want to hear.

Seven Tools for Purposeful Parenting. Little Boy Explains Why God Created Grandmothers, Now It's Going VIRAL! How To Fight Fair (If You Don't, It Could Mean Divorce) How to Parent Based on Your Child's Personality. Letting Go of Love. Scientific report identifies health and behaviour risks for kids in care.