Tom Wolfe Food Artist PDF 2019. Celebrity Chef and Food Artist Tom Wolfe with Four Seasons Hotels China ''The Taste of Artistry'' PROJECTS — a razor, a shiny knife. IKEA cook this page: interactive recipes you can roll, bake, and eat. 5 Food Artists Whose Work You Should Follow. January 15, 2016 Jan is journalist based in Amsterdam. 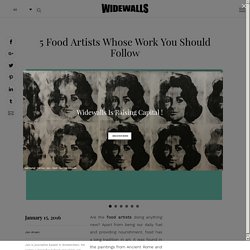 He writes a blogabout food, traveling, art and expat life. He hosts radio shows and podcasts as Bojan Arsenović. Are the food artists doing anything new? Apart from being our daily fuel and providing nourishment, food has a long tradition in art. Editors’ Tip: Joost Elffers and Saxton Freymann – Food Play If you found the idea of food as a medium for making amazing artwork interesting, this book may quench your inquisitiveness and hunger (yes, pun intended) for more of this type of art. Featured image: Food Art by Dan Cretu via dancretu.tumblr.com. Intel Featured in TIME Drone Special Issue. Intel Shooting Star drones light up the Folsom, California sky re-creating the TIME masthead to be featured on the cover of the iconic media outlet's drone special issue. 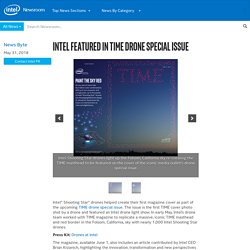 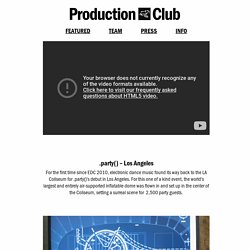 For this one of a kind event, the world’s largest and entirely air-supported inflatable dome was flown in and set up in the center of the Coliseum, setting a surreal scene for 2,500 party guests. Inside of the structureless 200’ x 69’ spectacle an array of projectors created a fully immersive 360 degree video projection mapping experience, that was designed around the theme “ancient glitch”. Matching the historic location, the scenic and stage design was inspired by an imperial Roman aesthetic, combining Architectural Orders with unexpected digital artifacts.

Cinimod Studio. A spiralling array of linear lights gently encompassed the participant, immersing them in an audiovisual landscape in which even the slightest movement generated ripples of colour and sound across the space. 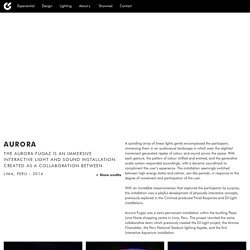 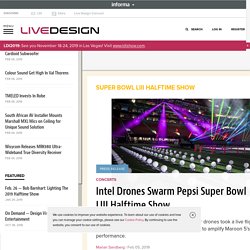 The drones were also enabled to fly a pre-programmed path inside a closed stadium environment without GPS. Additionally, the drones flown indoors exceeded the world record that Intel earned flying 110 indoor drones at CES in 2018. Photo: Intel Corporation As an Official Technology Provider for the NFL, Intel has also installed Intel True View in 13 NFL stadiums, including Super Bowl LIII host Mercedes-Benz Stadium. Volumetric capture is enabling immersive experiences that bring the game to life from every angle, Two Plays That Decided the Patriots’ Super Bowl Victory.

33 of the best and wackiest photos from the biggest tech convention of the year. Samsung accidentally revealed what could be its first foldable smartphone in a teaser video. The 15 coolest Apple stores in the world, from New York's Grand Central Station to London's Regent Street. PERCH - The leader in Physical+Digital Retail Marketing. BET, LA CHAÎNE CULTURE NOIRE-AMERICAINE 100% DIVERTISSEMENT. 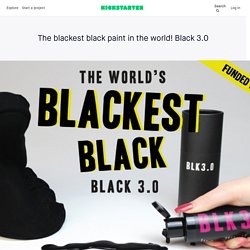 To the best of your knowledge, information and belief this material will not make its way into the hands of Anish Kapoor. Black 3.0 is a super special acrylic paint. We have spent nearly 2 years tweaking its formulation to create a black that absorbs between 98 and 99% of visible light! Quite simply we've created the blackest black acrylic paint. Last November we shared a beta batch of Black 3.0 with 1000 artists around the world for feedback and thoughts. We wanted a super-flat, ultra-matte black that absorbed almost all visible light. We have benchmarked Black 3.0 against 45 existing black paints, this photo demonstrates a small section of those, being the most commonly available black paints in the UK. Other super blacks are complicated to use and extremely expensive.