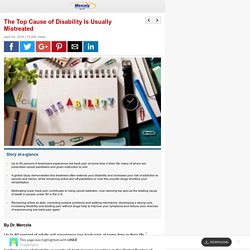 Mercola Up to 80 percent of adults will experience low back pain at some time in their life.1 Multiple studies have demonstrated complaints of lower back pain have risen dramatically over the past decades. Ranking 12th as a cause of disability in 1990,2 it has risen to the leading cause of disability in nearly all high income countries in the Global Burden of Disease study from 2017.3,4 Central Europe, Eastern Europe, North Africa and the Middle East experience the same level of back pain disability. Estimates suggest 1 million years of productive life are lost each year in the U.K. due to low back pain, 3 million years are lost every year in the U.S. and 300,000 productive years are lost every year in Australia.5 Why Might You Suffer Low Back Pain? As with all illnesses and injuries, it's important to understand the trigger before diving into treatment.

Unfortunately, suffering from lower back pain may make it difficult to perform everyday activities. 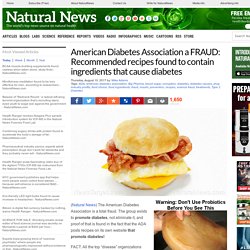 Top six diseases and disorders that barely existed in America 100 years ago, yet most MDs tell us they’re “genetic” … Why? – NaturalNews.com. (Natural News) The number one way for medical doctors to ensure that their patients don’t consume organic food and natural supplements to prevent and cure diseases is to convince them that all of their health problems are inherited. 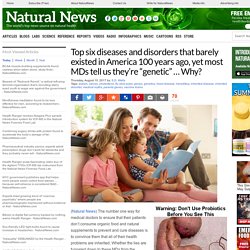 Whether the lies are funneled down to these MDs from the American Medical Association, or the doctors simply know that pushing chemical pills and surgery are the biggest bread winners, it’s all just one big insidious plot to keep people in the dark about natural remedies that could heal their ills and save them from the medical industrial complex of the USA. Think about it: How can all these preventable diseases and disorders be hereditary all of a sudden if they didn’t exist a century ago? If prescription medicine is such a modern scientific feat, why do Americans who are on medications remain the sickest people? – NaturalNews.com. (Natural News) As Americans, most of us are proud of our country, our freedoms, our rights, our armed forces and the privileges we are afforded on a day-to-day basis. 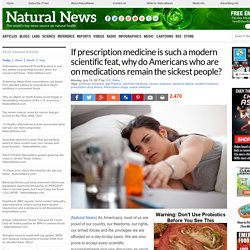 We are also prone to accept every scientific accomplishment and new discovery as proof that we are on the cutting edge of advancement, without ever questioning anything. This leads too many of us to assume that every major modern medical invention should be heralded as something that can benefit mankind, when just the opposite is often true. Medical Profession Has Been Bought Out.

Cancer Research. Corruption in Medicine. The medical profession is being bought by the pharmaceutical industry. Pharmaceutical Companies in Control of Conventional Medicine. Questionable Medical Research and Judgment. Merck’s Former Doctor Predicts Gardasil To Become The Greatest Medical Scandal Of All Time. “It is simply no longer possible to believe much of the clinical research that is published, or to rely on the judgment of trusted physicians or authoritative medical guidelines. 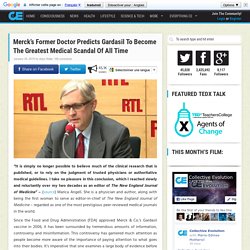 I take no pleasure in this conclusion, which I reached slowly and reluctantly over my two decades as an editor of The New England Journal of Medicine” – (source) Marica Angell. She is a physician and author, along with being the first woman to serve as editor-in-chief of The New England Journal of Medicine – regarded as one of the most prestigious peer-reviewed medical journals in the world. Since the Food and Drug Administration (FDA) approved Merck & Co.’s Gardasil vaccine in 2006, it has been surrounded by tremendous amounts of information, controversy and misinformation. This controversy has garnered much attention as people become more aware of the importance of paying attention to what goes into their bodies. There is a long list of educated people speaking out about this vaccine. Dr. Third Leading Cause of Death in the US. Overtreatment Is Taking a Harmful Toll.

New Proof that Flu Shots are Unnecessary and Ineffective. By Dr. 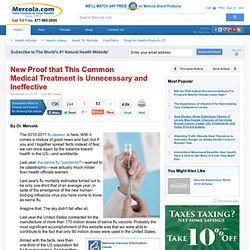 Mercola The 2010-2011 flu season is here. With it comes a mixture of good news and bad, but if you and I together spread facts instead of fear, we can once again tip the balance toward health in the US—and worldwide.Last year, the swine flu "pandemic"—warned to be catastrophic—was actually much milder than health officials warned. More Prescription Drugs Do Not Mean Better Care. Alternative medicine users more knowledgeable, earn more than others, study finds. (NaturalNews) A resilient and courageous heart will set a template for wellness inside, and the answers will come to them, in faith, from nature, from within. 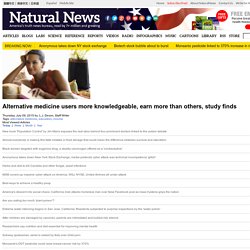 People who have struggled with their own health problems and overcame them through personal study and implementation have found that alternative medicine is not alternative at all. It's the real deal. Nature is alive with answers, and healing starts within. The very things deemed "alternative" by society's standards are really the foundation for optimal wellness.

Whether it's organic fruits and vegetables, medicinal roots and berries, or flowering herbs and spices, the alternative is really the foundation. Chemotherapy can backfire and boost cancer growth: study. Cancer-busting chemotherapy can cause damage to healthy cells which triggers them to secrete a protein that sustains tumour growth and resistance to further treatment, a study said Sunday. 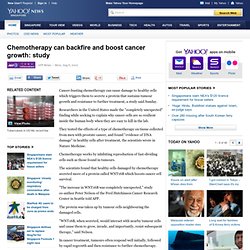 Researchers in the United States made the "completely unexpected" finding while seeking to explain why cancer cells are so resilient inside the human body when they are easy to kill in the lab. They tested the effects of a type of chemotherapy on tissue collected from men with prostate cancer, and found "evidence of DNA damage" in healthy cells after treatment, the scientists wrote in Nature Medicine. Chemotherapy works by inhibiting reproduction of fast-dividing cells such as those found in tumours.