Why 'thoughts and prayers' is starting to sound so profane after the Vegas shooting. People hold hands in prayer while hiding inside the Sands Corp. plane hangar after the Oct. 1 mass shooting in Las Vegas. 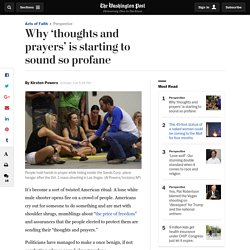 Fox News Has a Hard Time Processing the Las Vegas Shooting: The Daily Show. Blood Pact With the N.R.A. - The New York Times. How Failure Made ‘Halt and Catch Fire’ Great - The New York Times. The ugly history of the Pledge of Allegiance — and why it matters. Mandatory recitations of the pledge are part of a compulsory, and exclusive, patriotism. 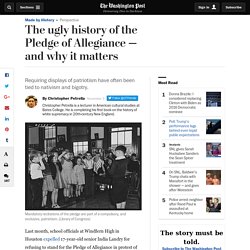 The Supreme Court has held, in fact, that the government can neither require a student to participate in the pledge nor compel them “to engage in what amounts to implicit expression by standing at respectful attention while the flag salute is being administered.” The origins of the pledge trace to the late 19th century, the product of an expansionist American project. In just 23 lean words, Bellamy attempted to capture the “underlying spirit” of the American Republic. James Perfectly Responds To Caller Who Cites “Political Correctness” During Debate - LBC. Americamagazine. On June 29, Disney announced that as part of its ongoing renovation of old attractions, it would be removing the “wench auction” scene from its popular Pirates of the Caribbean ride. 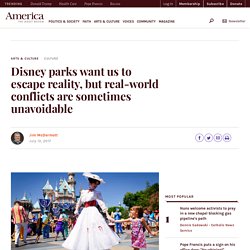 Many people online have expressed outrage. “Never have any of these wonderful scenes ever made me think of negative things!” Wrote one fan on the Disney Parks Blog. What Google Learned From Its Quest to Build the Perfect Team - The New York Times. Imagine you have been invited to join one of two groups. Team A is composed of people who are all exceptionally smart and successful. When you watch a video of this group working, you see professionals who wait until a topic arises in which they are expert, and then they speak at length, explaining what the group ought to do. When someone makes a side comment, the speaker stops, reminds everyone of the agenda and pushes the meeting back on track.

This team is efficient. Say hello to a post-America world. In London last week, I met a Nigerian man who succinctly expressed the reaction of much of the world to the United States these days. 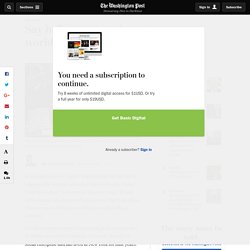 “Your country has gone crazy,” he said, with a mixture of outrage and amusement. “I’m from Africa. I know crazy, but I didn’t ever think I would see this in America.” A sadder sentiment came from a young Irish woman I met in Dublin who went to Columbia University, founded a social enterprise and has lived in New York for nine years. Mitch Landrieu's Speech Full Transcript - New Orleans mayor on Removing Confederate Monuments. Roger Ailes: The Man Who Destroyed Objectivity. Roger Ailes, creator and former head of Fox News. 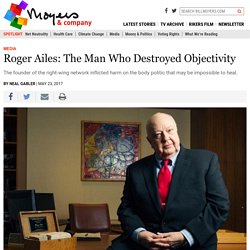 (Photo by Ninian Reid/ flickr CC 2.0) Fox News creator and former chief Roger Ailes, who died at 77 last week from complications after a fall in his Florida home, may have been the most significant political figure of the last 35 years — which isn’t necessarily a compliment to those of us who believe media mavens shouldn’t also be political operatives. Ailes clearly thought differently. He simultaneously changed the contours both of American politics and American media by melding them, and in doing so changed the contours of fact and objectivity as they once were understood before the era of post-fact. The Artist as Prophet. Mr. 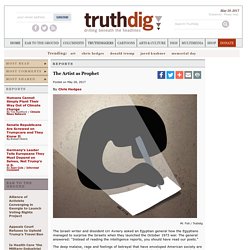 Fish / Truthdig. Capital - The next generation of jobs won’t be made up of professions. When Jean-Philippe Michel, a Toronto-based career coach, works with secondary school students, he doesn’t use the word profession. 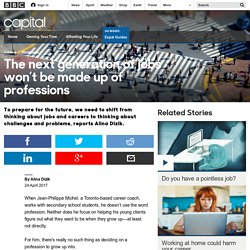 Neither does he focus on helping his young clients figure out what they want to be when they grow up—at least not directly. For him, there's really no such thing as deciding on a profession to grow up into. Rather than encouraging each person to choose a profession, say, architect or engineer, he works backwards from the skills that each student wants to acquire.

Outrage, Explanations After United Turns Away Girls From Flight For Wearing Leggings : The Two-Way : NPR. The United Airlines terminal is viewed at Newark Liberty Airport on July 8, 2015 in Newark, N.J. 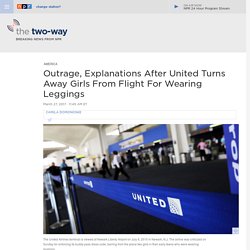 The airline was criticized on Sunday for enforcing its buddy pass dress code, barring from the plane two girls in their early teens who were wearing leggings. Spencer Platt/Getty Images hide caption toggle caption Spencer Platt/Getty Images The United Airlines terminal is viewed at Newark Liberty Airport on July 8, 2015 in Newark, N.J. Raiders gave me hope, identity — but Schaaf did the right thing. Photo: Jared Wickerham, Getty Images Raiders quarterback Bruce Gradkowski led a game-winning touchdown drive in Pittsburgh that showed a young Alan Urbina that, no matter the circumstances, there was always hope. 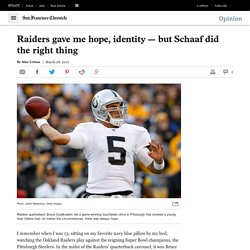 Raiders quarterback Bruce Gradkowski led a game-winning touchdown... I remember when I was 13, sitting on my favorite navy blue pillow by my bed, watching the Oakland Raiders play against the reigning Super Bowl champions, the Pittsburgh Steelers. Passenger Forcibly Removed From United Flight, Prompting Outcry : The Two-Way : NPR. Why People Are So Averse to Facts - Sociological Images. Why Facts Don’t Change Our Minds. In 1975, researchers at Stanford invited a group of undergraduates to take part in a study about suicide. 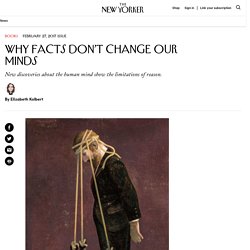 They were presented with pairs of suicide notes. In each pair, one note had been composed by a random individual, the other by a person who had subsequently taken his own life. How Social Bias Can Transfer From One Generation To The Next. From an early age, children are sensitive to social cues from adults, peers, media and their surrounding environment. A closer look at adults’ nonverbal signals — including their tone of voice, facial expression and body language — found that children can “catch bias” simply by observing adult actions, according to a new study out of the University of Washington. Allison Skinner, the study’s lead author and a postdoctoral researcher at the University of Washington, said adults “exude nonverbal signals that display their biases,” and these signals create an “infected atmosphere” for children. Kids pick up on our cues like “how much we smile at each other or make eye contact, whether we seem warm and comfortable or cold and standoffish,” according to Skinner.

Making Art in a Time of Rage. What is the point of making beautiful things, or of cherishing the beauty of the past, when ugliness runs rampant? Those who work in the realm of the arts have been asking themselves that question in recent weeks. The election of Donald Trump, and the casual cruelty of his Presidency thus far, have precipitated a sense of crisis in that world, not least because Trump seems inclined to let the arts rot.

Headlines along the lines of “What is the Role of X [music, dance, poetry, hip-hop] in the Age of Trump?” Have proliferated. (Is it necessary to aggrandize the man by giving him an Age?) In the field of classical music, practitioners habitually respond to man-made disasters by quoting a statement that Leonard Bernstein made on November 25, 1963, three days after the assassination of John F. It's not 'indoctrination' to talk to our children about politics. It is necessary. A few days ago it occurred to me that my daughter, now in the first grade, would be nearing 11 years old when Donald Trump ends his first – and hopefully last – term as president. If the unthinkable happened and Trump was re-elected, she will have spent her entire adolescence with a dangerous bigot as the leader of her country.

It is because of this thought, this sadness for her and her childhood, that my husband and I speak fairly openly with our daughter about what is happening politically. We tell her, in an age-appropriate way, how the government wants to stop letting people who need help into the country because they look different or believe different things. We tell her that the men in charge think that women should be forced to have babies even when they don’t want to. We tell her that not everyone can look to the police for help. The psychology of why Americans are more scared of terrorism than guns, though guns are 3,210 times likelier to kill them — Quartz. According to the New America Foundation, jihadists killed 94 people inside the United States between 2005 and 2015. How to Culture Jam a Populist in Four Easy Steps. Self-driving cars: Uber's open defiance of California shines light on brazen tactics.

Uber has launched an aggressive battle with California over its controversial self-driving cars, with regulators and consumer advocates accusing the corporation of flagrantly violating the law, endangering public safety and mistreating drivers. Haiti's recovery: Grassroots effort sows seeds of hope for the future. ​The age of humanism is ending.