The capitalist network that runs the world. AS PROTESTS against financial power sweep the world this week, science may have confirmed the protesters' worst fears. 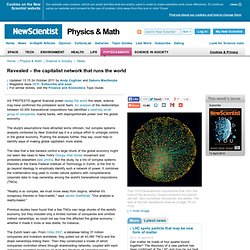 An analysis of the relationships between 43,000 transnational corporations has identified a relatively small group of companies, mainly banks, with disproportionate power over the global economy. The study's assumptions have attracted some criticism, but complex systems analysts contacted by New Scientist say it is a unique effort to untangle control in the global economy. Pushing the analysis further, they say, could help to identify ways of making global capitalism more stable. 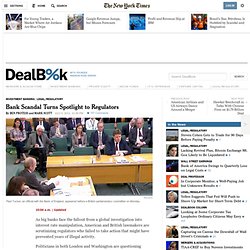 Politicians in both London and Washington are questioning whether regulators allowed banks to report false rates in the run-up to the 2008 financial crisis and afterward. New York Fed Knew of False Barclays Reports on Rates. 9:27 p.m. | Updated The Federal Reserve Bank of New York learned in April 2008, as the financial crisis was brewing, that at least one bank was reporting false interest rates. 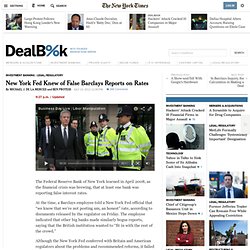 America’s dysfunctional capitalism. In the days leading up to the company’s initial public offering last week, the Wall Street Journal has reported, the underwriting banks told major institutional investors that Facebook’s share price would be set way too high — the pricing was “ridiculous,” according to one phone call on which the Journal reported. 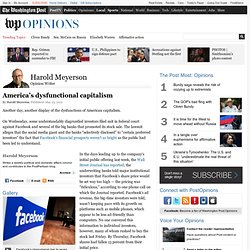 Facebook’s ad revenue, the big-time investors were told, wasn’t keeping pace with its growth on platforms such as mobile phones, which appear to be less ad-friendly than computers. No one conveyed this information to individual investors, however, many of whom rushed to buy the stock last Friday. By Thursday, Facebook shares had fallen 13 percent from their initial price. How Income Inequality Warps the U.S. Economy. Economic research shows that the growing gap between rich and poor harms America by creating instability and suppressing growth. 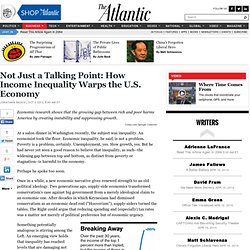 Corbis/John Springer Collection At a salon dinner in Washington recently, the subject was inequality. CEO pay jumps 36.5% - Dec. 15. CEO pay jumped 36.5% - and the most lucrative sector was health care. 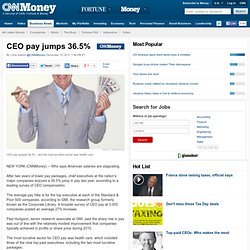 NEW YORK (CNNMoney) -- Who says American salaries are stagnating. After two years of lower pay packages, chief executives at the nation's major companies enjoyed a 36.5% jump in pay last year, according to a leading survey of CEO compensation. Incomes Flat in Recovery, but Not for the 1% Hedge Funds Tap Into Early Views of Stock Analysts. European Central Bank. Completing the euro project. Speech by José Manuel González-Páramo, Member of the Executive Board of the ECB, OMFIF Golden Series Lectures on World Money, London, 18 May 2012 1. 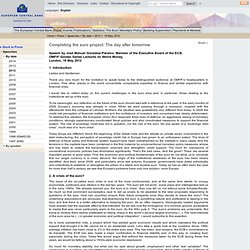 Introduction. European Leaders Seek to Make Supreme Central Bank Regulator. The plan will include measures to prevent bank runs and reduce what has become a vicious cycle of government debt problems turning into banking crises, as has happened in the past two years. 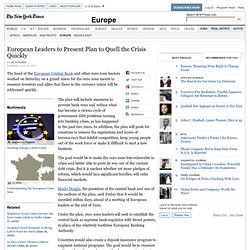 In addition, the plan will push for countries to remove the regulations and layers of bureaucracy that inhibit competition, keep young people out of the work force or make it difficult to start a new business. The goal would be to make the euro zone less vulnerable to crises and better able to grow its way out of the current debt crisis. But it is unclear whether yet more pledges of reform, which would face significant hurdles, will calm financial markets.

The Swiss turn on the super-rich. Oxfam seeks 'new deal' on inequality from world leaders. 18 January 2013Last updated at 19:12 ET. 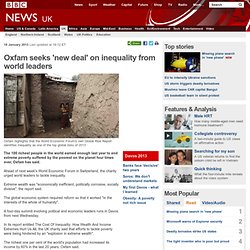 IMF calls for 'rebalancing' of global economy. The International Monetary Fund chief called for a “rebalancing” of the global economy that will involve a worldwide safety net similar to the reserve fund that European institutions have created to bail out debt-ridden members. 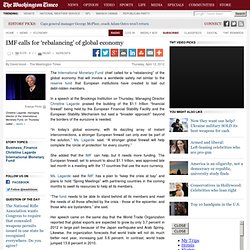 List of countries by US dollar billionaires. The following lists of billionaires are listed by number, nationality, and continent. The lists, compiled annually by Forbes Magazine, exclude heads of state and government by net worth, as their wealth is tied to their positions. List of countries with 10 or more billionaires in 2014 Billionaires by continent (for 2013) Africa. IMF: America is profligate. It’s official. The United States is a “profligate” nation, according to IMF staff research that examines which countries respond to increases in public debt by trimming their fiscal sails.

And that makes the nation surprisingly rare in the developed world. The finding stems from efforts at the International Monetary Fund to take a long-term view of public spending, revenue, deficits and debt – patching together databases going back as far as 1800 and applying statistical tests to see how they interact.