Plants and other garden aspects

Hundreds of Victorian home gardeners angry and out of pocket after using toxic compost from major recycler Suez. Some time in October last year, a batch of commercial compost left a Suez recycling facility in Melbourne, bound for garden centres in central Victoria and Melbourne. 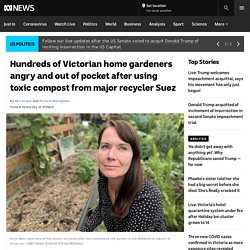 Key points: More than 200 Victorian gardeners noticed they lost vegetable crops after compostingThey claim commercial compost from a Suez recycling facility is the culpritThe Environment Protection Authority has investigated and passed the matter onto Consumer Affairs Victoria Within days, it had been combined into soil mixes, and sold to backyard gardeners planting their summer veggie crops. Within weeks, many of those crops were dying. Why understanding blue flowers is crucial for bees. At a dinner party, or in the schoolyard, the question of favourite colour frequently results in an answer of "blue". 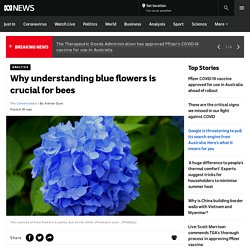 Why is it that humans are so fond of blue? And why does it seem to be so rare in the world of plants and animals? We studied these questions and concluded blue pigment is rare at least in part because it's often difficult for plants to produce. They may only have evolved to do so when it brings them a real benefit: specifically, attracting bees or other pollinating insects. We also discovered that the scarcity of blue flowers is partly due to the limits of our own eyes. Butterflies crucial to outback pollination, despite being 'more interested in sex' - ABC News. Eucalyptus trees in our suburbs spark safety debate among scientists and citizens. Posted yesterday at 11:52pmThu 20 Feb 2020, 11:52pm Downed trees have caused widespread disruption for thousands of residents recovering from severe storms in recent weeks, fuelling renewed debate about how to better protect communities from the elements. 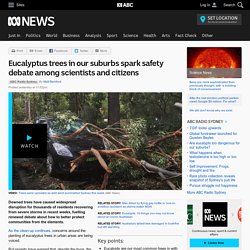 Key points: Eucalypts are our most common trees in with up to 800 species, representing about 30 per cent of vegetationThe species we plant commonly in our urban environments tend to have a shallow plate of rootsAny trees with dried-out root systems that are suddenly inundated with water are the most likely to fail As the clean-up continues, concerns around the planting of eucalyptus trees in urban areas are being voiced. But experts have warned that, despite the hype, the risk to lives and property would be even greater if the gum trees were gone. Anxiety understandable Royal Botanic Gardens chief botanist Brett Summerell has noticed an increase in anxiety around eucalypts in recent months. Mixed government response Science supported.

Food storage: How to keep your fruit and vegetables fresh and cut down on waste - Science News - ABC News. From shrivelled carrots to limp lettuce, there's nothing nice about having a fridge full of food that's gone off. 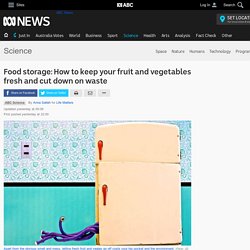 So how can you avoid this major source of household food waste? Food Storage Key Points. Getting chickens to lay eggs in their backyard boxes requires patience and planning. Posted 29 minutes agoSun 7 Apr 2019, 12:00am. 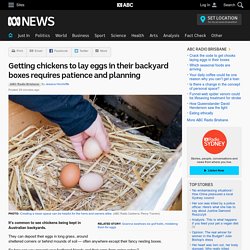 The secrets to keeping indoor plants alive - ABC Life. Did you realise your house has a bunch of different microclimates? 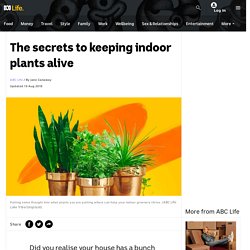 Your kitchen may be light and sunny, your bathroom probably hot and steamy. Some corners will be shady, areas near doors and vents are draughty, and north-facing windows will be hot. Just as you'll feel more comfortable reading, eating or sleeping in different places in a home, so is each spot better suited to certain plants than others. What you can grow to help wildlife thrive in the suburbs. Posted about 2 hours agoFri 25 Jan 2019, 10:00pm As urban sprawl and changing approaches to development affect the size of our backyards, the native animals that inhabit these areas often struggle to survive. 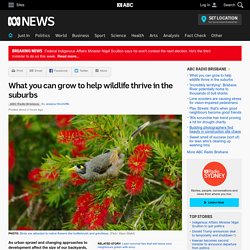 But there are simple things you can do to create a low-maintenance, wildlife-friendly oasis. Size does not matter AB Bishop, a horticulturist and presenter on Gardening Australia, said home gardeners should start with what they have and build on it, even if it's a small backyard and limited water. "The good thing is that it doesn't matter where you are in Australia, you can attract native critters to your back garden and it doesn't matter how big or small," she told ABC Radio Brisbane's Katherine Feeney. The Good, The Bad And The Ugly Of Mulch. Tips on how to be a water-smart gardener during heatwaves. Posted about 3 hours agoWed 16 Jan 2019, 10:00pm If you love your garden and hate seeing it suffer in summer (but don't like the idea of keeping your taps on to keep it green), there are some tricks to help you use less water. 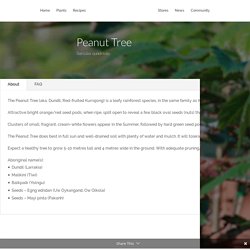 Dundil, Red-fruited Kurrajong) is a leafy rainforest species, in the same family as hibiscus and cacao, that produces edible black seeds resembling peanuts in taste. It can be found across the vine thickets and rainforest regions of northern Australia, Timor and Papua New Guinea. Attractive bright orange/red seed pods, when ripe, split open to reveal a few black oval seeds (nuts) that may be eaten raw or roasted once the paper-like skin is removed.

Like peanuts, they make a great snack by themselves or as a sprinkle for ice cream, salads and other dishes. The leaves of the Peanut Tree aren’t edible, but were used by Aboriginals to treat wounds and stings. Clusters of small, fragrant, cream-white flowers appear in the Summer, followed by hard green seed pods, roughly 8 cm long. Sterculia quadrifida. Sterculia quadrifida, also known as the peanut tree, or red-fruited kurrajong is a small tree that grows in the rainforests, vine thickets and gallery forests of coastal Queensland, the Northern Territory and north-eastern New South Wales. 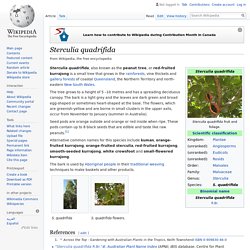 The tree grows to a height of 5 –10 metres and has a spreading deciduous canopy. The bark is a light grey and the leaves are dark green and broad egg-shaped or sometimes heart-shaped at the base. Chickens and Poultry Introduction. Morinda citrifolia.