The Trails of Boko Haram Insurgency. Human Trafficking & Child Brides. What is human trafficking? - Anti-Slavery International. What Were The Biggest Natural Disasters Of The Decade? From floods to earthquakes, fires to hurricanes, Mother Nature has shown her full force in the past 10 years. 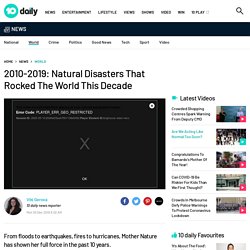 Hundreds of thousands have lost their lives, and millions have been displaced around the world in the face of nature's fury. Here in Australia, we've also seen our fair share of natural disasters devastate communities in every state and sadly as we enter a new decade, a fire emergency is still ravaging parts of the country. Catastrophic bushfires are continuing to wreak havoc across NSW, Victoria and South Australia, as well as in parts of Queensland and Western Australia. In what's repeatedly been deemed 'unprecedented' conditions, the fires have destroyed thousands of homes across the country, wiped out entire towns and sadly claimed a number of lives. They've also been strengthened by an unrelenting heatwave that has seen temperature records tumble repeatedly in the first month of Summer alone. News Severe Weather Warnings To Be Aware Of Across Australia Today.

Australia In Flames: Pictures Of A Natural Disaster. Australian officials have begun evacuating thousands stranded in New South Wales and Victoria, as the bushfires sparked in October—which have killed 17 people and possibly as many as 500 million animals, and destroyed 1,000 homes—continue to spread. 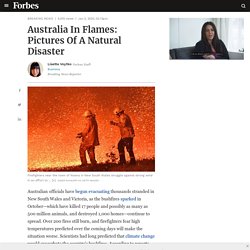 Over 200 fires still burn, and firefighters fear high temperatures predicted over the coming days will make the situation worse. Scientists had long predicted that climate change would exacerbate the country’s bushfires. According to reports, December was one of the top two hottest months on record in Australia, while 2019 was the country’s hottest and driest to date. Haiti Earthquake: Facts, Damage, Effects on Economy. Earthquake in Haiti. On Jan. 12, 2010, a massive 7.0 earthquake struck Haiti about 10 miles southwest of the capital, Port-au-Prince, killing 300,000 people and leaving 2.3 million homeless without clean water or food. 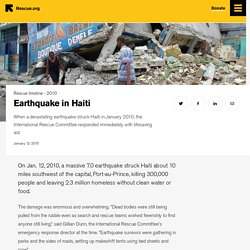 2010 Haiti earthquake: Facts, FAQs, and how to help. A magnitude 7.0 earthquake that struck Haiti on the afternoon of January 12, 2010, was one more disaster in a country that had suffered from decades of political, economic, and social setbacks and inequalities. With approximately 3 million people affected, this earthquake was the most devastating natural disaster ever experienced in Haiti, the poorest country in the Western Hemisphere. Rare Video: Japan Tsunami. Japan Earthquake: Aftermath. Japan's megaquake and killer tsunami: How did this happen? On March 11, 2011, at 2:46 p.m. local time, a magnitude-9.0 earthquake ruptured a 500-kilometer-long fault zone off the northeast coast of Japan. 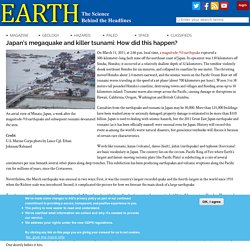 2011 Japan earthquake and tsunami: Facts, FAQs, and how to help. A magnitude-9.0 earthquake struck in the Pacific Ocean off the northeast coast of Japan’s Honshu island on March 11, 2011. 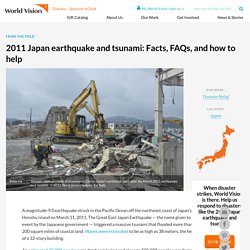 The Great East Japan Earthquake — the name given to the event by the Japanese government — triggered a massive tsunami that flooded more than 200 square miles of coastal land. Waves were estimated to be as high as 38 meters, the height of a 12-story building. An estimated 20,000 people were dead or missing and close to 500,000 people were forced to evacuate. In addition, a nuclear power plant meltdown triggered a nuclear emergency.

The direct economic loss from the earthquake, tsunami, and nuclear disaster is estimated at $360 billion. Though Japan is a world leader in disaster preparedness, the 2011 quake caused overwhelming damage and humanitarian needs that required an international response. On the Road to Extinction Upfront. Inside Iran's Nuclear Weapons Plan. The Iran nuclear deal explained. Donald Trump is set to decide whether to renew the Iran nuclear deal, with the UK joined by France and Germany in pushing for him to keep the agreement. 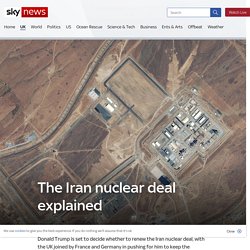 The US president has previously said "the United States will withdraw" if the "deal's disastrous flaws" are not resolved. Sky News explains how the agreement works. What is the Iran nuclear deal? The Joint Comprehensive Plan of Action (JCPOA), more commonly known as the Iran nuclear deal, was reached between Iran and the United States, the UK, Russia, France, China, Germany and the EU in July 2015. It has been viewed as the key foreign policy achievement of Barack Obama's administration.

The deal was reached to ensure Iran's nuclear program will be "exclusively peaceful". Tunisia and the spark that launched uprisings. Arab Spring, Fall, and After - Graphic - NYTimes.com. After a bloody civil war that ended with the death of Colonel Qaddafi in October, Libya became the third Arab country to topple a longtime ruler last year. 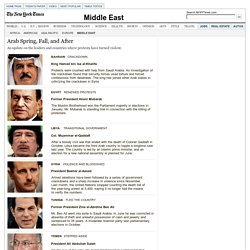 The country is led by an interim prime minister, and an election for a new national assembly is planned for June. Arab uprising: Country by country - Tunisia. What happened? 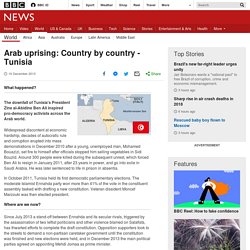 The downfall of Tunisia's President Zine al-Abidine Ben Ali inspired pro-democracy activists across the Arab world. Syria: Seven years of war explained - BBC News. Syrian War explained in 5 minutes. What Now in Syria? Upfront. World's awkward silence over Rohingya genocide warnings. 'Genocide' Evidence in Case of Myanmar's Rohingya Growing. How China is tearing thousands of Uyghur families apart in Xinjiang. The Upsurge of Genocide in Darfur - World Policy. US Admit Refugees Argument. Most Shocking Second a Day Video 1 & 2. Syrian doctor turned people smuggler who has made £60,000 this month alone. One call is from a family pleading with him to take them to Greece. 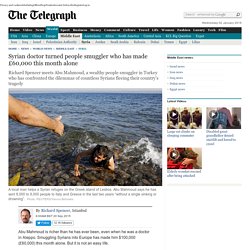 The Rising Tide: Europe's Refugees Wash Ashore in Greece. Outsourcing In The New Normal: Three Trends Reshaping The Global Industry. Not too long ago, outsourcing technology projects to offshore partners, whether in Asia, Europe or beyond, was a conventional and largely uncontentious practice for many U.S. 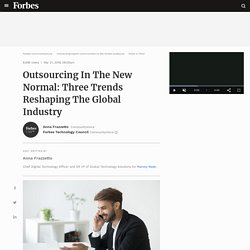 Teens React to Malala Yousafzai. FRONTLINE/World Conflict Zones: Pakistan and Afghanistan Synopsis and Video. I Am Malala by Malala Yousafzai Prologue. Life under the ISIS caliphate. Sign Up for Our free email newsletters Up to 8 million people in Syria and northern Iraq are living under the brutal rule of the Islamic State of Iraq and Syria.

The Handmaid's Tale could be straight out of Raqqa. ISIS, Syria and War. 10 ISIS Facts - WMNews Ep. 1. Kashmir The Most Dangerous Place in the World Upfront. Zika Virus: What We Know (And What We Don't) Fake Cures For AIDS Have A Long And Dreadful History : Goats and Soda. Over a decade ago, rumors spread in South Africa that sex with a virgin could cure HIV/AIDS. HIV and AIDS in East and Southern Africa regional overview. 14 facts about the AIDS epidemic you need to know - ONE. Winning the War Against Ebola Upfront. The Story of Ebola. 2014-2016 Outbreak West Africa. Skip directly to A to Z list Skip directly to navigation Skip directly to page options Skip directly to site content CDCEbola (Ebola Virus Disease)History of Ebola Virus Disease2014-2016 Ebola Outbreak in West Africa.