Articles That Caught My Eyes 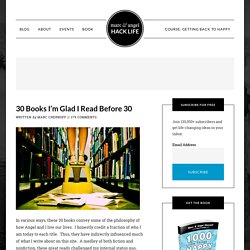 Baby born missing most of his brain celebrates milestones. Their son's first birthday was a welcome cause for celebration for the family of a Florida baby born without a large part of his head and skull. 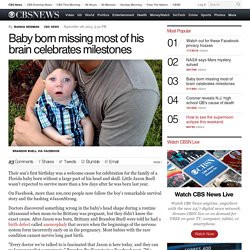 Goodbye LEDs, hello plastic bulbs? Just when LED light bulbs seemed to be gaining traction, along comes a technology that researchers insinuate could trump them: Plastic. 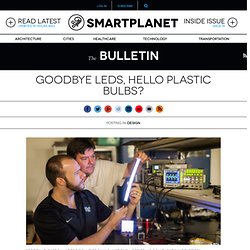 Meet the Fipel - the field-induced polymer electroluminescent light source. According to physicists at Wake Forest University in North Carolina and Trinity College, Dublin, a Fipel requires less energy than a fluorescent bulb does, the BBC reports. Thus, a Fipel would also be more energy efficient than an LED bulb, since LEDs and fluorescents require about the same amount of electricity. As I wrote last week, LED vendors are struggling in the vast market for commercial office lighting, where buyers are not willing to pay the higher price that manufacturers charge for LEDs, even though LEDs last longer and have other advantages.

Tony Wyss-Coray: How young blood might help reverse aging. Yes, really. Meet the 25 Most Viral People on the Internet. The true picture of US unemployment. The latest batch of closely watched US unemployment data is due out today with the headline jobless rate expected to hold at 9.1%. 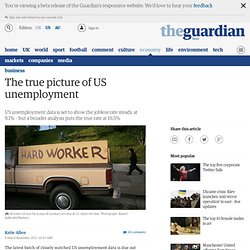 But what can we really learn about the world's largest economy from the headline rate? Ahead of the latest numbers, M&G Investments is making a plea to markets and economists to look further into the numbers and what its own delving has found makes gloomy reading. The October US non-farm payrolls, due at 12.30pm UK time, are forecast to rise by 95,000, according to a Reuters poll.

That's a slight improvement to build on September's rise in employment. But still the unemployment rate of 9.1% has more than doubled from its pre-crisis low of 4.4% in 2007, notes M&G's Anthony Doyle in his latest post on the Bond Vigilantes blog. Meet The Fuel of the Future. Archaean bacterium Credit: Corbis In talking to ARPAe chief Arun Majumdar last week, I asked him about the future of transportation fuels. 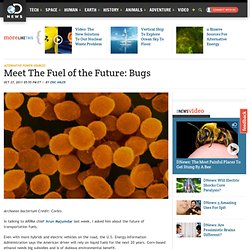 Even with more hybrids and electric vehicles on the road, the U.S. Energy Information Administration says the American driver will rely on liquid fuels for the next 20 years. Corn-based ethanol needs big subsidies and is of dubious environmental benefit. Don't Take The Customer For Granted. Anti-Facebook Social Network “Unthink” Launches To Public. Scrappy outsider startup Unthink.com, which bills itself as the “anti-Facebook,” is opening up its doors today, allowing in its first round of beta testers. 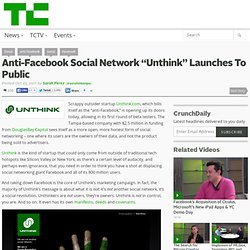 The Tampa-based company with $2.5 million in funding from DouglasBay Capital sees itself as a more open, more honest form of social networking – one where its users are the owners of their data, and not the product being sold to advertisers. Unthink is the kind of startup that could only come from outside of traditional tech hotspots like Silicon Valley or New York, as there’s a certain level of audacity, and perhaps even ignorance, that you need in order to think you have a shot at displacing social networking giant Facebook and all of its 800 million users.

And taking down Facebook is the core of Unthink’s marketing campaign. Use a Positive Attitude For Better Dating Success. What do women look for in a man? 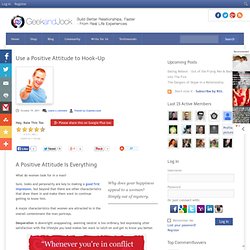 Why does your happiness appeal to a woman? Simply out of mystery. Sure, looks and personality are key to making a good first impression, but beyond that there are other characteristics that draw them in and make them want to continue getting to know him. One Month In, Occupy Wall Street Protesters Appear Poised to Change US Politics. What a difference a month makes. 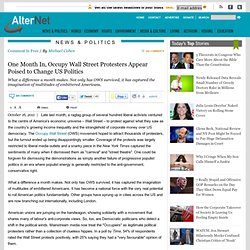 Not only has OWS survived, it has captured the imagination of multitudes of embittered Americans. It has become a national force with the very real potential to roil American politics fundamentally. Other groups have sprung up in cities across the US and are now branching out internationally, including London. American unions are jumping on the bandwagon, showing solidarity with a movement that shares many of labour's anti-corporate views. "They're Arresting Us One by One": 700 Thrown in Jail as Wall St. Protest Grows. March 31, 2001 | Like this article? 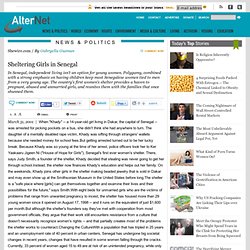 Join our email list: Stay up to date with the latest headlines via email. Tesla Model S "Will Be Faster Than A Porsche 911" Elon Musk, CEO of Tesla Motors, introduces customers to the Model S sedan at the company's Fremont factory. 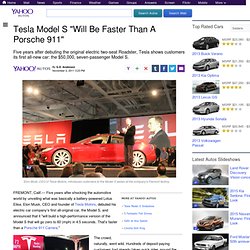 FREMONT, Calif.— Five years after shocking the automotive world by unveiling what was basically a battery-powered Lotus Elise, Elon Musk, CEO and founder of Tesla Motors, debuted his electric car company's first all-original car, the Model S, and announced that it "will build a high-performance version of the Model S that will go zero to 60 (mph) in 4.5 seconds. That's faster than a Porsche 911 Carrera. " Click to view the Tesla Model S image gallery. Sleepbox at Moscow airport Pictures.

FACT CHECK: Slippery assertions in GOP debate. WASHINGTON (AP) — Texas Gov. Rick Perry declared in the latest Republican presidential debate that he had never advocated turning Social Security over to the states. His denial was hard to fathom given his past rhetoric about the program. "Let the states do it," he said last year, for example. Also in Thursday night's debate, Michele Bachmann misread presidential approval polls and denied making a statement that she actually did make just the week before, concerning a vaccine for girls. Mitt Romney denied supporting an Obama administration education program that he had praised. But the most consequential exchange may have been over Social Security, and Perry's changing thoughts about it. A careful parsing of Perry's words over the past months shows that his position on Social Security is not cut and dried. Far more radical is the idea of essentially dismantling Social Security as a federal entitlement and making states responsible for basic retirement security of all its citizens.

Conservatives who hate government, but want government jobs. All the leading Republican presidential contenders except Jon Huntsman are denouncing government, with high vituperation. Yet all have spent some to most of their adult lives as office-holders, enjoying the perquisites of government and pocketing some of the public spending they say they oppose. This a bit like a used-car salesman claiming to be a consumer crusader or a high-class madam denouncing Internet porn. Why does anyone believe politicians who shake their fists against government while comfortably ensconced as government insiders? Troy Davis denied clemency 1 day before execution. ATLANTA (AP) — Georgia's board of pardons rejected a last-ditch clemency bid from Troy Davis on Tuesday, one day before his scheduled execution, despite support from figures including an ex-president and a former FBI director for the claim that he was wrongly convicted of killing a police officer in 1989.

Davis is scheduled to die Wednesday at 7 p.m. EDT by injection for killing off-duty Savannah officer Mark MacPhail, who was shot dead while rushing to help a homeless man being attacked. It is the fourth time in four years that Davis' execution has been scheduled by Georgia officials. Hey, Facebook: Are You Really Censoring Political Free Speech in America? Is she the wrong woman for you? 101-year-old Detroit woman evicted in foreclosure. Relief delayed for prisoners deemed wrongfully convicted - latimes.com. THE OLDEST SECULAR ACCOUNTS & HISTORICAL EVIDENCE ON THE EXISTANCE OF JESUS.

100 Most beautiful words in the English language* The War on Cameras. 15 Years in Prison For Taping the Cops? How Eavesdropping Laws Are Taking Away Our Best Defense Against Police Brutality. United Steelworkers Report Offers Six Ways To Build A Progressive Economy. East Africa famine: How to help. Tens of thousands of starving Somalis have flooded Mogadishu refugee camps in search of food as the nation fights East Africa's worst drought in 60 years and ruling militants who are blocking aid from western countries. Click image for more photos.