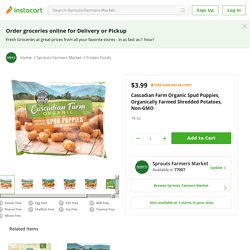 Kids love 'em, and adults crave 'em! Crispy on the outside and tender on the inside, these golden nuggets are organically grown potatoes. Bake up a batch and watch 'em disappear! 0 Grams Trans Fat! Organic products are not made with genetically engineered ingredients Spud puppies: Made from fresh, organically grown potatoes and 0g trans fat, spud puppies are crispy on the outside and tender on the inside; the perfect snack for the whole family. Pitcher Water Filter Reviews & Comparisons. Luxury Folding Mirror Wallet Leather Case with Crossbody Chain. Frisco Pine Pellet Cat Litter, 40-lb bag. Amazon.com : "Ames" Feline Pine Original Cat Litter (2 Pack - 20 lbs.) : Pet Supplies.

16 plants that repel unwanted insects. Are you an insect magnet? 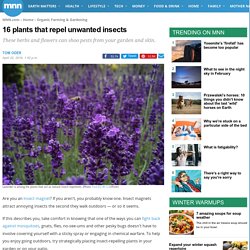 If you aren't, you probably know one. Insect magnets attract annoying insects the second they walk outdoors — or so it seems. If this describes you, take comfort in knowing that one of the ways you can fight back against mosquitoes, gnats, flies, no-see-ums and other pesky bugs doesn't have to involve covering yourself with a sticky spray or engaging in chemical warfare. Feline Pine Original Cat Litter, 20-lb bag. Secure, Fast & Private Web Browser with Adblocker. Farm to Paper™ Tree-Free Compostable 9" Round Plate - Emerald Brand. 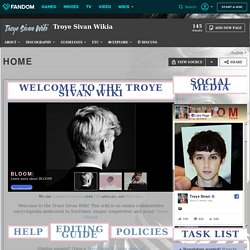 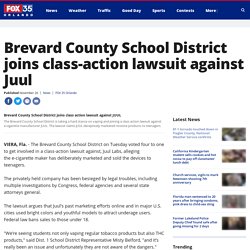 The lawsuit claims JUUL deceptively marketed nicotine products to teenagers. VIERA, Fla. - The Brevard County School District on Tuesday voted four to one to get involved in a class-action lawsuit against, Juul Labs, alleging the e-cigarette maker has deliberately marketed and sold the devices to teenagers. The privately held company has been besieged by legal troubles, including multiple investigations by Congress, federal agencies and several state attorneys general. The lawsuit argues that Juul’s past marketing efforts online and in major U.S. cities used bright colors and youthful models to attract underage users. In the previous school year, officials in Brevard County said there were 329 suspensions related to vaping products.

Some information taken from FoxNews.com. Why and how normal people go mad. Just about any ordinary person can slip into madness, believes APA President Philip G. 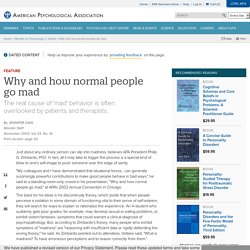 Zimbardo, PhD. In fact, all it may take to trigger the process is a special kind of blow to one's self-image to push someone over the edge of sanity. "My colleagues and I have demonstrated that situational forces...can generate surprisingly powerful contributions to make good people behave in bad ways," he said to a standing-room-only crowd in his presentation, "Why and how normal people go mad," at APA's 2002 Annual Convention in Chicago.

The basis for his ideas is his discontinuity theory, which posits that when people perceive a violation in some domain of functioning vital to their sense of self-esteem, they will search for ways to explain or rationalize the experience. An A-student who suddenly gets poor grades, for example, may develop sexual or eating problems, or exhibit violent fantasies--symptoms that could warrant a clinical diagnosis of psychopathology. The Criminal History of Tay-K. Emoticons by oOLuccianaOo on DeviantArt. Icons by Alxyz on DeviantArt. All by oOLuccianaOo on DeviantArt. All by Z-studios on DeviantArt. Why Some People Are Evil. Just after the sun rose on July 7, 2008, Hans Reiser led police and prosecutors to Nina's shallow grave. 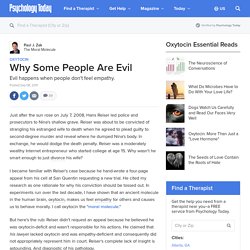 Reiser was about to be convicted of strangling his estranged wife to death when he agreed to plead guilty to second-degree murder and reveal where he dumped Nina's body. In exchange, he would dodge the death penalty. Monsanto Roundup verdict: Jury awards couple $2 billion in Monsanto Roundup cancer lawsuit trial. A jury in Oakland, California, has awarded a couple $2 billion in punitive damages after concluding that sustained exposure to Monsanto Co.'s popular Roundup weed killer led to their cancer diagnoses. 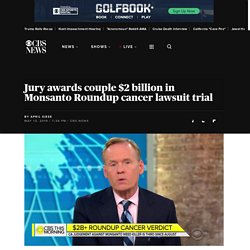 The couple will receive an additional $55 million for pain and suffering and to cover medical expenses. The Alameda County Superior Court jury deliberated for less than two days before reaching a verdict. Explainer: What are the obstacles to Bayer settling Roundup lawsuits? 3M Combat Arms Earplugs Lawsuits. As of Aug. 15, 2019, 3M Company and its subsidiary, Aearo Technologies, faced 2,051 lawsuits in a Florida federal court for their dual-ended Combat Arms Earplugs. 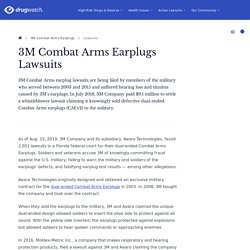 Soldiers and veterans accuse 3M of knowingly committing fraud against the U.S. military, failing to warn the military and soldiers of the earplugs’ defects, and falsifying earplug test results — among other allegations. Aearo Technologies originally designed and obtained an exclusive military contract for the dual-ended Combat Arms Earplugs in 2003. In 2008, 3M bought the company and took over the contract. When they sold the earplugs to the military, 3M and Aearo claimed the unique dual-ended design allowed soldiers to insert the olive side to protect against all sound. With the yellow side inserted, the earplugs protected against explosions but allowed soldiers to hear spoken commands or approaching enemies.

Roundup Lawsuit Settlement Talks: Everything You Need to Know. Reports surfaced early Friday that Bayer AG had proposed paying as much as $8 billion to settle more than 18,000 Roundup lawsuits in the United States. 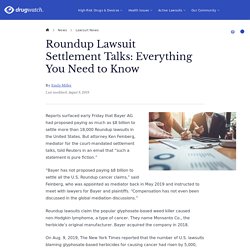 But attorney Ken Feinberg, mediator for the court-mandated settlement talks, told Reuters in an email that “such a statement is pure fiction.” “Bayer has not proposed paying $8 billion to settle all the U.S. Roundup cancer claims,” said Feinberg, who was appointed as mediator back in May 2019 and instructed to meet with lawyers for Bayer and plaintiffs. “Compensation has not even been discussed in the global mediation discussions.” Roundup lawsuits claim the popular glyphosate-based weed killer caused non-Hodgkin lymphoma, a type of cancer. On Aug. 9, 2019, The New York Times reported that the number of U.S. lawsuits blaming glyphosate-based herbicides for causing cancer had risen by 5,000, bringing the total to 18,400 claims. Seizures, Pneumonia and Stroke.

The number of e-cigarette lawsuits has been growing alongside rapidly increased e-cigarette use among teens and young people. 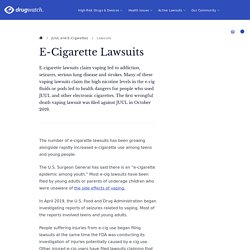 The U.S. Surgeon General has said there is an “e-cigarette epidemic among youth.” Most e-cig lawsuits have been filed by young adults or parents of underage children who were unaware of the side effects of vaping. In April 2019, the U.S. Food and Drug Administration began investigating reports of seizures related to vaping.

Moreover, why did he settle with drug companies pushing opioids by the millions on West Virginians? Ken Hall, president of Teamsters Local 175 as well as general secretary-treasurer of the Teamsters International, wrote an opinion column for the West Virginia Record asking questions about Morrisey and the state’s opioid crisis. “Thanks to a yearlong fight by the Charleston Gazette-Mail’s parent company (HD Media) and The Washington Post,” Hall wrote, “a database of information regarding the opioid industry from 2006 through 2012 has been released to the public. That data shows an even more distressing picture about where the deadly pills went and who supplied them.”

At the same time, two Ohio physicians were indicted for allegedly accepting bribes such as money, office equipment and firearms training in exchange for writing Nuedexta prescriptions for patients who did not need it. The U.S. The lawsuit also alleges Avanir capitalized on efforts by Medicare and Medicaid to reduce the use of antipsychotics in nursing home dementia patients by claiming Nuedexta could reduce dependence on antipsychotics, though no data exists to prove that claim. The Justice Department alleged the scheme took place from 2010 to 2016. Big Pharma Didn’t Cause The Opioid Crisis: Big Government Did. For the second time in as many decades, one of our most regulated businesses takes the fall for politicians who are supposed to keep an eye on it.

In a script right out of the financial crisis, political leaders and regulators encouraged drug companies to develop effective pain killers and made it imperative to prescribe them. When it started to go wrong, they acted like Captain Renault in the movie Casablanca, who walked into the casino saying, “I’m shocked, shocked there is gambling in this establishment.” There’s nothing like a stiff penalty to arouse the public’s condemnation. When the government wants to identify the culprit, there’s nothing like a stiff penalty to arouse public condemnation. During the financial crisis, Obama’s Dept. of Justice AG Eric Holder hit the banks with a quarter trillion dollar fine that galvanized people into thinking banks were 100% responsible.

There was a widespread belief that the presence of pain eliminated the odds of addiction.