How dark patterns in web design trick you into saying yes. If you’re an Instagram user, you may have recently seen a pop-up asking if you want the service to “use your app and website activity” to “provide a better ads experience.” 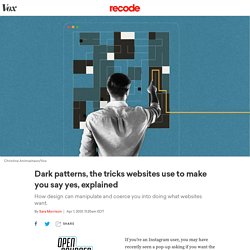 At the bottom there are two boxes: In a slightly darker shade of black than the pop-up background, you can choose to “Make ads less personalized.” A bright blue box urges users to “Make ads more personalized.” This is an example of a dark pattern: design that manipulates or heavily influences users to make certain choices. Instagram uses terms like “activity” and “personalized” instead of “tracking” and “targeting,” so the user may not realize what they’re actually giving the app permission to do.

Gratitude can make your brain more charitable, generous, and altruistic. Over Thanksgiving, in between mouthfuls of turkey and sweet potato pie, many of us will be asking ourselves: What are we grateful for? 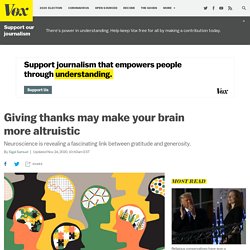 Taking a moment to practice gratitude like this isn’t an empty holiday tradition. It’s good for our mental and physical health. Psychologists uncover a new self-serving bias – if it’s my theory, it must be true. Is That Extra Hour of Study Time Worth It? Source: There are lots of distractions in the modern world that lead people to stay up late in the night. 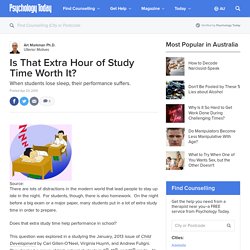 For students, though, there is also homework. On the night before a big exam or a major paper, many students put in a lot of extra study time in order to prepare. Does that extra study time help performance in school? Article continues after advertisement This question was explored in a studying the January, 2013 issue of Child Development by Cari Gillen-O’Neel, Virginia Huynh, and Andrew Fuligni. Every evening during the study, the students rated the amount of sleep they got the day before, the amount of time they spent on homework, and they answered questions about any academic problems they had the previous day (like doing poorly on a test and having difficulty understanding new material). The Difference Between Worry, Stress and Anxiety. In prehistoric times, stress was a natural response to a threat, like hearing a predator in the bushes. 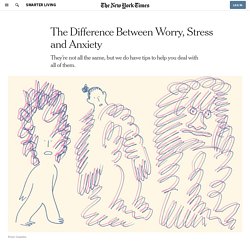 Today, it still prompts a behavioral response, firing up your limbic system and releasing adrenaline and cortisol, which help activate your brain and body to deal with the threat, Dr. Greenberg explained. Symptoms of stress include a rapid heart rate, clammy palms and shallow breath. Stress might feel good at first, as the adrenaline and cortisol flood your body, Dr.

Why your brain is not a computer. We are living through one of the greatest of scientific endeavours – the attempt to understand the most complex object in the universe, the brain. 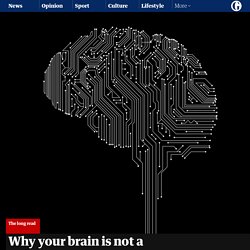 Scientists are accumulating vast amounts of data about structure and function in a huge array of brains, from the tiniest to our own. Tens of thousands of researchers are devoting massive amounts of time and energy to thinking about what brains do, and astonishing new technology is enabling us to both describe and manipulate that activity. BBC Radio 4 - Radio 4 in Four - Five racist myths debunked. Fareed Zakaria: Nothing changes peoples' views on Trump. Can Biology Class Reduce Racism? Taylor, who had downplayed the significance of race, eventually had to admit there were some proportionally small differences between population groups. 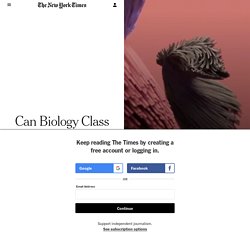 And Robin had to acknowledge having vastly overemphasized the amount of DNA differences between races. But the two fictional teenagers still clashed over the opening question. Robin believed that there are genes for athletic or intellectual abilities, and that they are the best explanation for racial disparities in the National Football League and in the worlds of math and science. Taylor said genes had nothing to do with it. Again, neither was completely right. In their typical classes, the teachers said, they highlight traits driven by single genes — the texture of peas, or a disease like cystic fibrosis. But such traits are relatively rare. Being depressed in the 'world's happiest country' - BBC Worklife. ‘It Was Like a Zoo:’ Death on an Unruly, Overcrowded Everest. Matt Walker: Sleep is your superpower. Fake news is dangerous: brain science.

We Finally Learned What a Year in Space Did to Astronaut Scott Kelly's Body. Culture and the Independent Self: Obstacles to environmental sustainability? JavaScript is disabled on your browser. 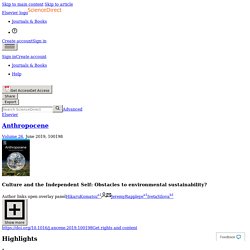 Please enable JavaScript to use all the features on this page. Highlights This paper reports an empirical link between culture and human impacts on Earth. Countries where individualism is dominant tend to deny anthropogenic climate change. The same countries have a relatively high Ecological Footprint. Shifting cultures away from individualism might be necessary for sustainability. Abstract The centrality of culture for achieving environmental sustainability has long been underscored by philosophers, psychologists, and social scientists concerned about the environment. 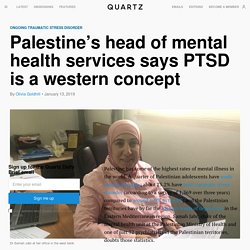 I think they’re measuring social psychological pain and social suffering, and they’re saying this is depression,” she says.