Women and the #MeToo Movement. The dark side of social media. Some scientists peer into active volcanoes and try to read rocks. 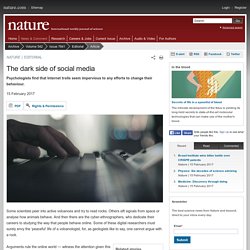 Others sift signals from space or analyse how animals behave. And then there are the cyber-ethnographers, who dedicate their careers to studying the way that people behave online. Some of these digital researchers must surely envy the ‘peaceful’ life of a volcanologist, for, as geologists like to say, one cannot argue with a rock. Arguments rule the online world — witness the attention given this week to a Twitter row between Harry Potter author J. K. Psychiatric Times. BPS. Psychology Teaching Resources from psychlotron.org.uk. Resources for the Teaching of Social Psychology - Home Page. SCIENCE FAIR PROJECTS: Science Fair Idea Exchange: Psychology. PsycPORT™: Psychology Newswire. Home // News & Events // Psychology Newswire News & Events Contact APA Office of Public Affairs. 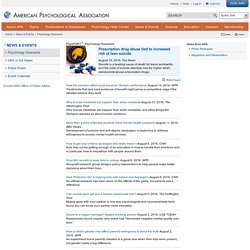 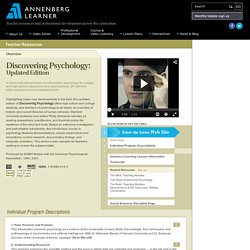 Past, Present, and Promise This introduction presents psychology as a science at the crossroads of many fields of knowledge, from philosophy and anthropology to biochemistry and artificial intelligence. With Dr. Mahzarin Banaji of Harvard University and Dr. Emanuel Donchin of the University of Illinois. Updated. 2. 3. 4. Science & Nature - Human Body and Mind - TV Programmes - Human Senses. Australian Psychological Society : Home. Psychology : Centre for Social Sciences : Faculty of Humanities & Social Sciences : Athabasca University. Black Boxes, Xboxes, and Other Current Concerns. The articles in this Special Report, although far from comprehensive, address an intriguing sample of the many key topics in child and adolescent psychiatry today. 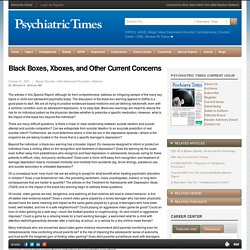 The discussion of the black-box warning applied to SSRIs is a good place to start. We are all trying to practice evidenced-based medicine and yet defining risk/benefit, even with a common condition such as adolescent depression, is no easy task. Black-box warnings are meant to reduce the risk for an individual patient as the physician decides whether to prescribe a specific medication. However, what is the impact of the black box beyond the individual? There are many difficult questions.

Psychology Resources in India and World. Macquarie University - Children and Families Research Centre (CFRC) Educational Leadership:Teaching the Tweens:Promoting Adolescents' Prosocial Behavior. Pokémon Go phenomenon now a workplace issue. Exclusive The Pokémon Go craze that is sweeping the world has hit Australian workplaces, with a major logistics company issuing an all-sites warning for its employees not to play the game due to risks to health and safety. 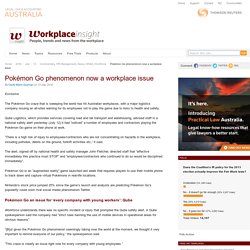 Pokemon Go could put lives in danger. This feature might save them. At this rate, it's only a matter of time. 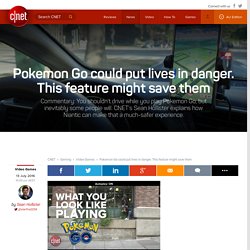 Someone will be playing Pokemon Go instead of watching the road -- and someone will be seriously injured or even die. Either the people in the car, or some unfortunate soul about their business, will pay the price. Estimates suggest that Nintendo's smash hit mobile game has been downloaded more often than Tinder, and is fast approaching Twitter in popularity. That's an awful lot of people with heads buried in phones -- and that's after only one week of downloads in just three countries (so far) across the world. Sooner or later, some of those players will make a potentially deadly discovery: you can play Pokemon Go from your car. I've felt the temptation myself. Pokémon Go and Education.

Like many teachers, the launch of the popular Pokémon Go app recently raised the question as to how this could be utilised to support education. 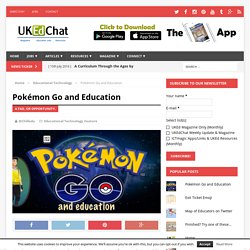 Not as a gimmick, not as a toy, but as an opportunity to enhance learning opportunities for our students. And this is the crux, as with the use of any technology in education, an opportunity to enhance, or build on, learning strategies to enthuse and engage pupils. 10 Unimaginable Things Happening Because of ‘Pokémon Go’ Pokemon GO gets people out and about, and that's a good thing. One week since its release and Pokémon GO has not only captured the attention of millions of users eager to “catch them all”, it’s also caught the eye of the media, authorities and, at times, a somewhat puzzled public. 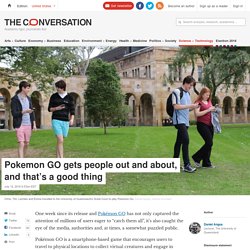 Pokémon GO is a smartphone-based game that encourages users to travel to physical locations to collect virtual creatures and engage in game-based tasks, such as training and virtual duels, using collected creatures. Its gameplay extends from the Pokémon universe made popular in the late 1990s, which may also help explain its massive success. Consider that the most active users of smartphones are Gen Y, the same generation that lived through the Pokémon trend while at school.

So, merge a bit of 1990s nostalgia with easy access to modern technology that helps bring a childhood game to life, and you have the recipe for success. Like other successful social mobile games, Pokémon GO carefully treads the line between instant gratification and delayed reward.