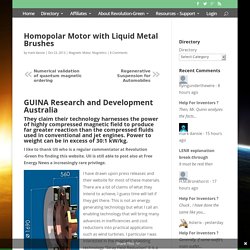 Power to weight can be in excess of 30:1 kW/kg. I like to thank Uli who is a regular commentator at Revolution -Green fro finding this website. Uli is still able to post also at Free Energy News a increasingly rare privilege. I have drawn upon press releases and their website for most of these materials. There are a lot of claims of what they intend to achieve, I guess time will tell if they get there. According to Arkadiy Matsekh, PhD Scientific Research Manager, Guina R&D Australia Homopolar machines are well known for their simplicity and high efficiency. Interactive Infographic: What Would A Hyperloop Nation Look Like?

Explore a hypothetical North American Hyperloop network, where total travel time between cities by Hyperloop is represented by color. Click on a city to re-center the map at a different origin. Mouse over a destination city to compare calculated Hyperloop travel time with drive time and to see the additional travel time needed to reach nearby cities. Infographic by Michael Kelly. In August, Silicon Valley darling Elon Musk—CEO of SpaceX and Tesla Motors—unveiled his concept for the Hyperloop, a high-speed system of 28-person pods that would shoot through low-pressure tubes on air bearings. Musk’s published proposal calls for the Hyperloop to link San Francisco and Los Angeles; pods would blast down the I-5 corridor at 760 mph, reducing the journey from five and a half hours by car to just 35 minutes. Musk envisions the system connecting cities less than 900 miles apart—beyond that, he writes, “I suspect supersonic air travel ends up being faster and cheaper.”

TREXA announces pricing details for DIY electric car. When we first looked at TREXA's open-source electric vehicle development platform late last month we were impressed by the concept, but one big question remained - how much will it cost? 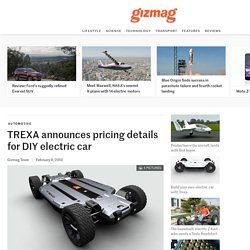 The answer has come sooner than expected with TREXA announcing a base price of US$15,999 for the lithium-powered, modular platform which is designed to facilitate the creation of custom "vehicle apps". “The only way to reduce cost of electric drive technology is through competition and innovation," says TREXA’s CEO, Seth Seaberg. 5 Bike Inventions You Can Buy Online. 5 Insane Machines Everyone Wants to Ride. Meet Proterra, The Next Generation Of Bus. “Everything that has an urban drive cycle will ultimately be an electric vehicle.” 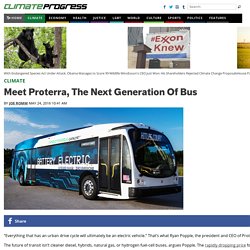 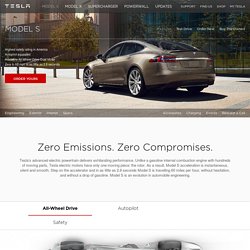 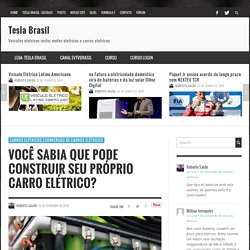 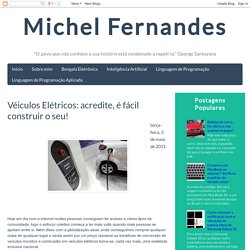 New electric wheel kit converts any bike into a cardio-controlled offroad ebike. This rugged electric bike conversion kit, which is robust enough for offroad cycling, offers a unique feature that uses your heart rate to control the amount of assistance coming from the motor. 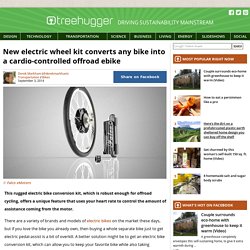 There are a variety of brands and models of electric bikes on the market these days, but if you love the bike you already own, then buying a whole separate bike just to get electric pedal-assist is a bit of overkill. A better solution might be to get an electric bike conversion kit, which can allow you to keep your favorite bike while also taking advantage of the benefits of an ebike. Introducing Boosted Boards, The World's Lightest Electric Vehicle. Human Scale Energy For Everyday Tasks by Andy Wekin. Our site: www.pedal-power.com The bicycle is one of the most ubiquitous and indispensable technologies ever developed. 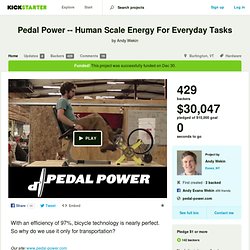 It is efficient, elegant, environmentally friendly, fun, healthy, inexpensive, and user-maintainable. Faraday Bicycles. We are sorry to say that Faraday's pilot production of the Porteur, scheduled to begin shipping in March, 2014, is entirely sold out! 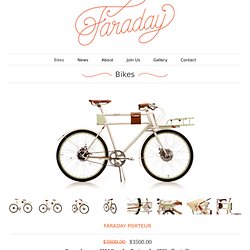 Our second production run will begin shipping by late summer, 2014. Reserve your Faraday and ensure the earliest delivery possible by reviewing our terms and conditions and clicking the "pre-order" box below. Home Brew Power: Building your own generator. It Only Takes This Electric Bus 15 Seconds To Charge At Every Stop. These Incredible New Buses Are Charged Wirelessly by the Road Itself.

"Holy s##t!" – the amazing Zero SR electric motorcycle blows our minds. It's been about three years since we last tested one of Zero Motorcycles' electric bikes, and in that time, the company has been very busy. 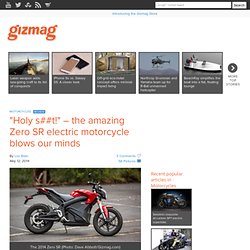 Compared to the 2011 Zero S, the 2014 Zero SR has between 200-400 percent more everything – riding this bike was an absolutely shocking progress report on the state of the art. The SR represents a liminal moment in motorcycling. We may look back in years to come and see this as the first time an electric motorcycle stood shoulder to shoulder with petrol powered bikes, and made them feel like yesterday's heroes. View all When we last rode the Zero S about three years ago, we came away thinking "what a nice little commuter, shame about the battery range.

" Things have changed, and in a big way. Just to ram the point home, here's how the 2014 Zero SR compares to the 2011 S: it has a 3.2 times bigger battery, almost 4 times the range, just under 2.7 times the power, 2.4 times the torque and a 50 percent higher top speed. The Numbers Forget about the numbers. Joby Motors.