Magna Carta Canada. The copies of the Magna Carta and the Charter of the Forest which will be on tour in Canada are owned by Durham Cathedral, located in Durham in the United Kingdom. 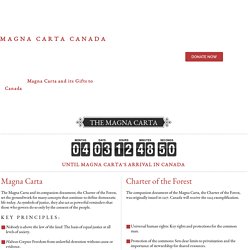 Durham Cathedral has been a place of worship, welcome and hospitality for almost a millennium. Built in 1093 to house the Shrine of St Cuthbert, the Cathedral is cherished for its magnificent Romanesque architecture and incomparable setting at the heart of a UNESCO World Heritage Site. Virtual Museum of Canada (VMC) The Canadian Reader / Nos Nouvelles. The Historical Thinking Project. Inquiry-pacs - Ontario Inquiry-pacs. Inquiry-Based Learning. Earth for Educators. Join the Connected Classrooms Community.

Your world in 3D. Create Your Own Geography Games With These Free Tools. Photos of the Most Interesting Places on the Earth. Aboriginal Peoples and European settlement in Canada. Syrup. This animation explains history better than history class ever did. Because Europe's culture was the dominant culture, and thus influenced global culture the most; last I checked, that's what was very particularly expressed in the article: "all the major events that have shaped the world". 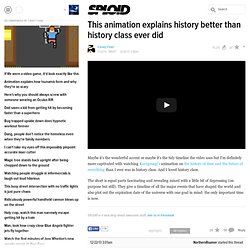 Stuff that affected everyone. Only recently due to globalization (which, by the way, was primarily made possible by Americans and Europeans, who together developed most modern communications technology, including the telegraph, the telephone, and the Internet) have the history of other cultures really begun to be explored by the global community. So yeah. Digitized Medieval Manuscripts Maps (DMMmaps) 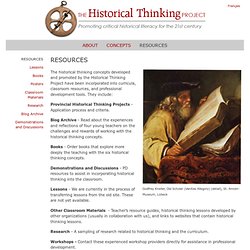 Annen-Museum, Lübeck The historical thinking concepts developed and promoted by the Historical Thinking Project have been incorporated into curricula, classroom resources, and professional development tools. They include: Provincial Historical Thinking Projects - Application process and criteria. HTC%20graphic%20organizer%20May%202010_1. Create timelines, share them on the web. 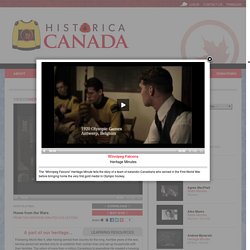 The return of more than a million Canadians to peacetime life created a housing demand that the private sector could not meet. The federal government was challenged to meet the need for a rehabilitation program to assist ex-service members. Social housing in Canada has its origins in the demand for such a program. Although the federal government did build housing for veterans of World War I, it was in 1935 that the foundation of a federal housing agency was laid, with the Dominion Housing Act. By 1938, the Act had helped finance almost 5,000 homes. Housing in the post-WWII years consisted largely of the family bungalow. These little houses became homes for generations of Canadians. Heritage Minute Cast. The Memory Project - Stories of the Second World War - The Historica – Dominion Institute.

History.com — History Made Every Day — American & World History. Waterlife - An Interactive Story About Water. Earlier this week I shared a couple of animated stories about the water cycle. 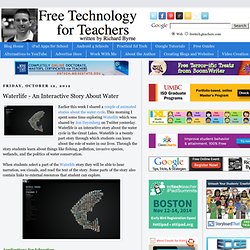 This morning I spent some time exploring Waterlife which was shared by Jen Deyenberg on Twitter yesterday. Waterlife is an interactive story about the water cycle in the Great Lakes. Waterlife is a twenty part story through which students can learn about the role of water in our lives. Through the story students learn about things like fishing, pollution, invasive species, wetlands, and the politics of water conservation. 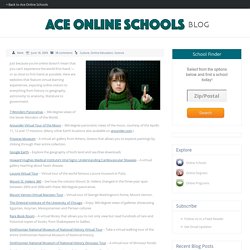 Here are websites that feature virtual learning experiences, exposing online visitors to everything from history to geography, astronomy to anatomy, literature to government. Schools - Primary History. The Unfortunate Legacy of the Little House on the Prairie.

How about some crushing news to start the day? 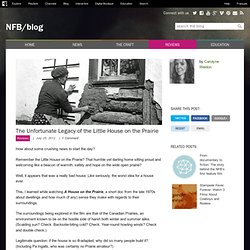 Remember the Little House on the Prairie? That humble yet darling home sitting proud and welcoming like a beacon of warmth, safety and hope on the wide open prairie? Well, it appears that was a really bad house. Like seriously, the worst idea for a house ever. This, I learned while watching A House on the Prairie, a short doc from the late 1970s about dwellings and how much (if any) sense they make with regards to their surroundings. The surroundings being explored in the film are that of the Canadian Prairies, an environment known to be on the hostile side of harsh both winter and summer alike.

Legitimate question: if the house is so ill-adapted, why did so many people build it? The answer is as silly as it is surprising: people built houses like that because that’s what they thought a house should look like. For most, these dwellings were a mere stopgap. Canada. Travelfilmarchive's Channel.