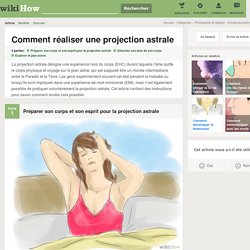 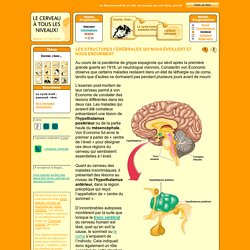 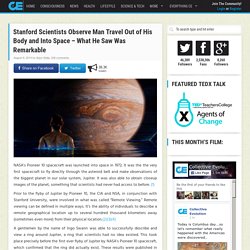 It was the the very first spacecraft to fly directly through the asteroid belt and make observations of the biggest planet in our solar system, Jupiter. It was also able to obtain closeup images of the planet, something that scientists had never had access to before. (1) Prior to the flyby of Jupiter by Pioneer 10, the CIA and NSA, in conjunction with Stanford University, were involved in what was called “Remote Viewing.” Remote viewing can be defined in multiple ways. It’s the ability of individuals to describe a remote geographical location up to several hundred thousand kilometers away (sometimes even more) from their physical location.(2)(3)(4) A gentlemen by the name of Ingo Swann was able to successfully describe and view a ring around Jupiter, a ring that scientists had no idea existed. It’s remarkable to think about these extended human capacities, and what we are capable of. The Above Information Was Documented.

Harvard Unveils MRI Study Proving Meditation Literally Rebuilds The Brain’s Gray Matter In 8 Weeks. Test subjects taking part in an 8-week program of mindfulness meditation showed results that astonished even the most experienced neuroscientists at Harvard University. The study was led by a Harvard-affiliated team of researchers based at Massachusetts General Hospital, and the team’s MRI scans documented for the very first time in medical history how meditation produced massive changes inside the brain’s gray matter.

“Although the practice of meditation is associated with a sense of peacefulness and physical relaxation, practitioners have long claimed that meditation also provides cognitive and psychological benefits that persist throughout the day,” says study senior author Sara Lazar of the MGH Psychiatric Neuroimaging Research Program and a Harvard Medical School instructor in psychology. “This study demonstrates that changes in brain structure may underlie some of these reported improvements and that people are not just feeling better because they are spending time relaxing.”

Top Ten Tips For Lucid Dreaming. By Steven Bancarz| Lucid dreaming is one of the most extraordinary experiences you could have as a human being. 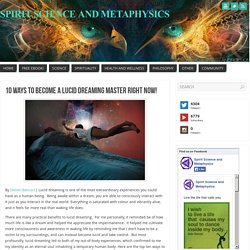 Being awake within a dream, you are able to consciously interact with it just as you interact in the real world. Everything is saturated with colour and vibrantly alive, and it feels far more real than waking life does. There are many practical benefits to lucid dreaming. For me personally, it reminded be of how much life is like a dream and helped me appreciate the impermanence. It helped me cultivate more consciousness and awareness in waking life by reminding me that I don’t have to be a victim to my surroundings, and can instead become lucid and take control. 1. 2. 3. 4. 5. 6. 7. 8. 9. 10. TEDxSanDiego 2011 - Charlie Morley - Lucid Dreaming, Embracing Nightmares. Lucid Dreaming Secrets Unveiled - Complete Lucid Dreaming - Lucid Dreaming Secrets Unveiled - Complete Lucid Dreaming. The key to a happy and fulfilling life resides in your dreaming... 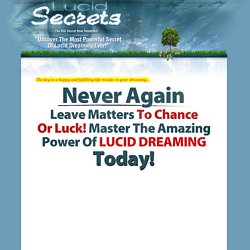 Either way, welcome! You might be reading this with some trepidation and perhaps a touch of cynicism. In many ways, you’re right to be cautious. Lucid Living - Creating Your Lucid Reality. By Luke Sumpter Guest Writer for Wake up World Depending upon the culture we are born and raised in, our mind is programmed to perceive the world in a certain way. 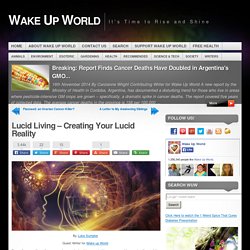 Many people seem to meander through this life very unconsciously, abiding by the dictated social conditioning within their consciousness from birth – free from questioning and critical analysis. This may related to how their society operates, political ideologies, religious belief systems, the expectations placed upon them as an individual etc. However, when the boat is rocked and the water breaks white, we tend to catch a glimpse of the world from an unbiased, raw, baseline outlook. Regardless of how this process occurs, such life events have the tendency to force an individual to start to question reality – what is really “true”, what parts of our belief systems are actually serving and progressing us along our path, and which parts are actually detrimental.

When we become lucid within a dream, we know nothing can harm us.