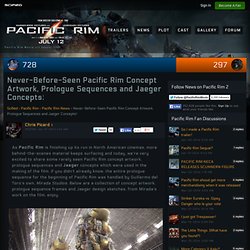 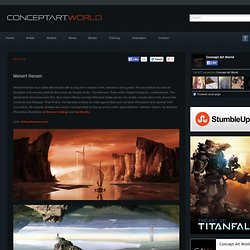 He has worked as both an illustrator and concept artist for films such as Upside Down, The Mummy: Tomb of the Dragon Emperor, Leatherheads, The Spiderwick Chronicles and 300. As a visual effects concept artist and matte painter, his credits include Silent Hill, Across the Universe and Stranger Than Fiction. He has also worked on video game titles such as Myst: Revelation and Splinter Cell: Conviction.

Desenhos a lápis que parecem levantar-se para fora da página [12 imagens] Most of these drawings by Ramon Bruin seem relatively simple, but at the same time, because of their shadows and some intriguingly placed real-life props in the photographs, the sketched images appear to be almost magically leaving the bounds of the paper they’re drawn on… 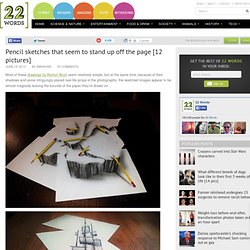 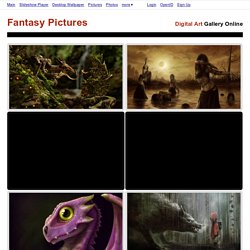 Background was painted and then I added some textures to give realism and finally blurried it all. Minitokyo - Anime Wallpapers, Scans and more. NavegaÃ§Ã£o horizontal. Que tal deixar o preconceito de lado e experimentar algo diferente? 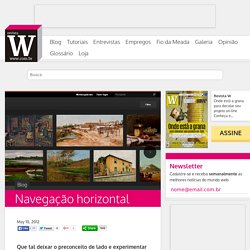 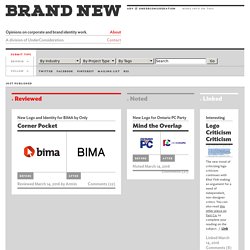 Run by Bryony Gomez-Palacio and Armin Vit in Austin, TX. More… products we sell Flaunt: Designing effective, compelling and memorable portfolios of creative work. Brand New Conference videos / Individual, downloadable videos of every presentation since 2010. Skeuomorphism’s Death Has Been Greatly Exaggerated — Geek Empire. Skeuomorphism,in case you haven’t been on a tech blog in a year or so, is basically design that’s emulating another material or a real world object. 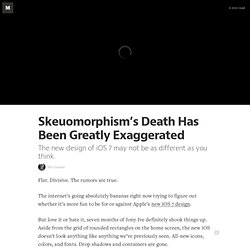 The usual examples are the green felt craps table in the current version of Game Center or the leather stitching in the Calendar app. Recently, popular opinion has turned against this type of design. Apple’s head of hair – I mean software – even made a bunch of leather stitching jokes during his presentation. So obviously, this whole concept of emulating real-world objects is on its way out now that Jony Ive’s in charge of iOS design. Josh Brewer – Photoshop you are a liar – beyond tellerrand 2013. Smashing Magazine — For Professional Web Designers and Developers. Tableless - Desenvolvimento inteligente com padrões web. Magic css3 animations.

Making Infield Form Labels Suck Less. Let me start off by saying you really shouldn’t put form labels—or even placeholder text—inside of form fields if you want to be safe. 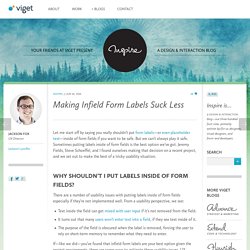 But we can’t always play it safe. Sometimes putting labels inside of form fields is the best option we’ve got. Jeremy Fields, Steve Schoeffel, and I found ourselves making that decision on a recent project, and we set out to make the best of a tricky usability situation. Why Shouldn’t I Put Labels Inside Of Form Fields? Google’s Dead-Simple Tool For Making UX Decisions: 2 Jars Of Marbles. Nothing is perfect. 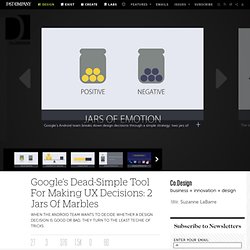 So even for the most successful platforms, design needs to continuously evolve. But beyond mere gut instinct or that ephemeral talent of taste, how can you know when a design decision is good or bad? How can you be sure that change is actually for the better and not for the mere sake of change? As it turns out, Google’s Android User Experience team has a fantastic trick to settle these debates. In their presentation at Google I/O, the designers shared it with the rest of the world. Css Autor »Web / UI Resource projeto. Kits. Delicious RecipesThe Delicious Recipes food UI kit is perfect for a recipe blog, a cafe or restaurant website. 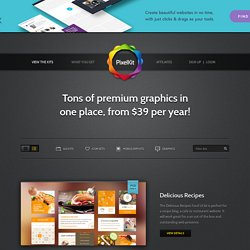 It will work great for a an out of the box and outstanding web presence.View Details Snow FlakesThis winter UI kit fits perfectly with the cold season and if you are looking to built a ski resort website you are in good hands. This kit offers a wide variety of modern elements.View Details ShapesIt’s certain that with its modern look, this transparent UI kit is gonna make your website stand out. With over 100 elements you have all you’ll ever need to create a cohesive design.View Details Red CarpetRed Carpet UI kit was created with a TV or cinema review website or blog in mind. Tasty BitesA detailed food icon set for any designer or developer that is working on a new restaurant website or something in the area of tasty foods and drinks.

LOIS is more alive than ever, “more LOIS than ever”. Since last December we have thrown ourselves on the road and probably one day you will see the LOIS BUS in your hometown, as it is already rolling along all the corners of Spain coinciding with the holidays and most important events of each region. Our aim is to be present at any happening, event, concert, etc. that is a meeting point for young people who are interested in being open to any social or cultural manifestation taking place in our country, as LOIS has been there since1962 and still stays there, stronger than ever.

Le vin à la robe fendue. Babel, o gato que queria ser rei - livro interativo para crianças. Karim Maaloul was born in the southern suburbs of Tunis. He spent his childhood surrounded by sheep blocking the streets, and goat thieving flowers from gardens. Local wildlife quickly became an inexhaustible source of inspiration. Later, he studied illustration and comics in Brussels. After two publications: Elephant's Memory (published by Les éditions du Pépin) and The story of the day and night (published by Lo Pais d'enfance), he turned to the enigmatic world of computers and the Internet.

. Super Sync Sports is a Chrome Experiment that allows you to sync your mobile phone to your computer and use it as a game controller. Run, Cycle or Swim your way to sporting stardom using the touchscreen on your mobile device. Built using HTML5 technologies , CSS3, Javascript and the WebSockets API , Chrome Super Sync Sports allows up to 4 friends to compete in running, swimming and cycling games on a shared computer screen , using their smartphones or tablets as game controllers.

Pick a sport, sync your mobile device to your computer, choose from 50 athletes and if you're sitting with friends, invite up to three of them to join your race using their mobile device and your computer screen. Designerd - Um blog sobre design. E um pouco mais. Site of the Year 2011 - Users' Choice. And the Awwward for "Site of the Year 2011 – Users' Choice" goes to... Slavery Footprint , developed by Unit9 ! With an exquisite treatment of typography, colors and illustration, a friendly navigation and a great user experience, Slavery Footprint is a great site and definitely worth of a recognition. Slavery Footprint guides the user through an 11-question survey to unveil the truth about forced labor. It is entirely created in HTML5 to be accessible from computers, laptops and tablets, accompanied by a mobile app for iOS and Android, to help users off-set their footprint on the move. 10 Web Design Trends for 2013.

For starters, we’d like to say thank you for the amazing reception our free eBook Web design and Mobile Trends for 2013 has had since its launch last week, and especially to all those who made it possible by sharing their insightful opinions. 95 Inspiring Websites of Web Design Agencies.