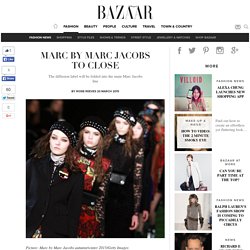 Women's Wear Daily broke the news this morning, stating that the future Marc Jacobs brand will "encompass a range of merchandise and price points currently divided between the two lines. " Emilio Pucci appoints creative director. Preview Newsletter From street style to skincare, don't miss our weekly update on the best in fashion, beauty, travel and culture. 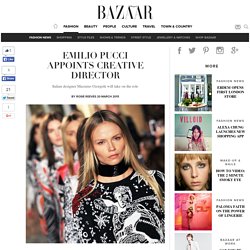 Nearly there... To complete the sign up process, please click on the link in the email we just sent to me@email.co.uk. Can't find the email? Please give it 5 - 10 minutes or check your spam folder. Louis Vuitton tops Forbes’ list of most valuable luxury brands. Burberry Cafe opens in London, Thomas's - 121 Regent Street. Because fashion and food have always made the perfect partners. 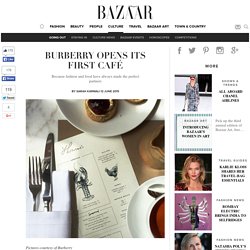 Hermès Birkin Bag is still the most exclusive in the world. Insider fashion tip: A classic bag is always a good investment. 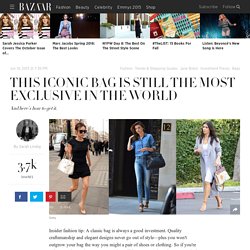 Quality craftsmanship and elegant designs never go out of style—plus you won't outgrow your bag the way you might a pair of shoes or clothing. So if you're going to splurge, do so on a purse that will be a power-player in your wardrobe for seasons to come. Better yet, buy a Birkin. Vivienne Westwood launches Save the Arctic campaign. Preview Newsletter From street style to skincare, don't miss our weekly update on the best in fashion, beauty, travel and culture. 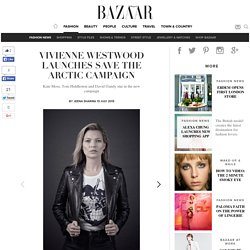 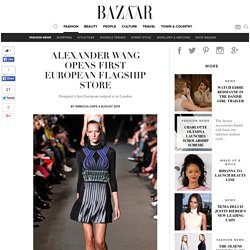 Alexander McQueen: Savage Beauty is V&A's most successful show ever. More than 480,000 people came to see the exhibition of the late fashion designer. 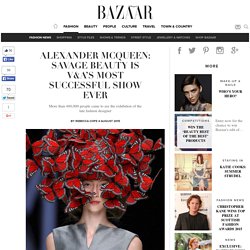 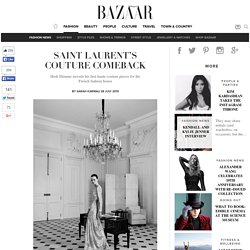 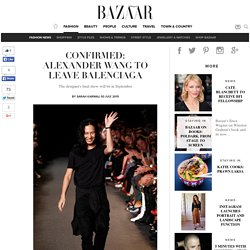 The designer's final show for the French fashion house - a spring/summer 2016 collection - will be shown during Paris Fashion Week in September. A spokesperson on behalf of Balenciaga confirmed the news, stating that they had reached a "joint decision" with the designer, not to renew his contract "beyond its initial term". Givenchy opens fashion week show to the public. 1,200 additional tickets up for grabs. 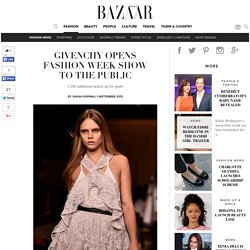 ​McQ do a no-show show at lfw. Sibling take on the 60s pop for spring/summer 16. The 20 Most Instagrammed Fashion Brands - Fashionista. These days, it's not uncommon for brands to devote major resources to Instagram — both to their own accounts and to inspiring consumers and fashion week show-goers to post about them. Of course, some brands are doing this better than others. In a new interactive chart compiled by M by Macy's, we're seeing just which apparel companies are leading on the social media platform in both #hashtag mentions and followers, as well as overall engagement.

The results, largely, should come as no surprise to those familiar with apparel companies, as many brands' Instagram engagement levels corresponds with their overall company size. Nike, with $30.6 billion in annual revenue, tops both mentions and followers with 47.7 million and 18.7 million and, respectively. Luxury brands must redefine the way they do business. There were times when China was the holy grail for global retailers. Logo-obsessed Chinese buyers seeking opulence were armed with cash fresh from the economic boom.

Luxury retail brands flocked to the new market, with the result of 35% of sales for brands such as Omega, Harry Winston and Balmain coming from Greater China, according to estimates by Exane BNP Paribas. The region is responsible for a whooping 25% of sales at Burberry and 20% of sales at Prada. The strategy of growth by opening stores in emerging and existing markets is neither new nor unique to luxury retail. It is a reflection of the modus operandi of the industrial age, where scaling growth is linked to incessant production.

The logic of this is that if consumers aren’t buying your stuff, create more stuff. From 2008 to 2011, there was a 42% spike in the number of luxury retail stores in Asia, compared with a 28% rise in Europe and 5% rise in North America, according to Lux Redux report by Boston Consulting Group. Moulton And Souter Swoop On UK Luxury Brand. An investor group including the founders of Stagecoach and one of the City's most prominent financiers has struck a multimillion pound deal to take control of Clive Christian‎, the luxury interiors and fragrance brand. Sky News can reveal that a consortium called EME Investments 5 Ltd will announce on Friday that it has bought a majority stake in Clive ‎Christian from its eponymous founder. The new investors include Sir Brian Souter and his sister Ann Gloag, who set up the transport company Stagecoach; Perscitus Advisers, the family office of Jon Moulton, the private equity tycoon; and EME Capital, an investment firm which backs British brands with global growth potential.

The deal to buy Clive Christian, which is for an undisclosed price, will be among the ‎most prominent involving a UK-based luxury brand this year. Inside Thom Browne’s most twisted show yet. Mulberry profits collapse on lower bag sales. Prada profits cut by Asia slowdown - BBC News. Image copyright Getty Images Profits at Italian luxury fashion group Prada fell by almost a quarter in the first half of the year as sales in the Asia Pacific region slid.

First half net profits fell 23% largely because of a sales slowdown in Asia, particularly in Hong Kong and Macau. Burberry’s CEO on Turning an Aging British Icon into a Global Luxury Brand. Photography: Getty Images. Everything we know about Balmain for H&M.