How to become a Memory Master: Idriz Zogaj at TEDxGoteborg 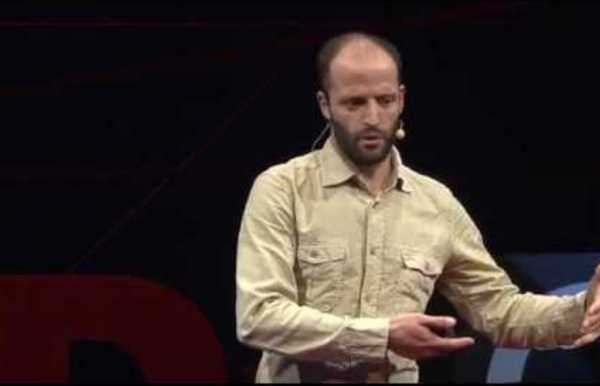 Dominic O'Brien Dominic O'Brien (10 August 1957) is a British mnemonist and an author of memory-related books. He is the eight time World Memory Champion and works as a trainer for Peak Performance Training. He began developing his mnemonic techniques in 1987 when he saw Creighton Carvello memorize a pack of 52 playing cards in less than three minutes on the BBC television programme Record Breakers. In order to memorize numbers, O'Brien developed the Mnemonic dominic system, which is similar to the Major System. He has written books about memorization techniques such as 'How to Develop a Perfect Memory', 'Quantum Memory Power', 'Learn to Remember', 'How to Pass Exams', 'The Winning Hand', and 'The Amazing Memory Box'. He gives lectures, and has been seen on television programmes such as The Human Body.[1]

How to Build a Memory Palace (with Sample) <img alt="Image titled Build a Memory Palace Step 1" src=" width="728" height="546" class="whcdn">1Edit step1Decide on a blueprint for your palace. While a memory palace can be a purely imagined place, it is easier to base it upon a place that exists in the real world and that you are familiar with or you can use some places of your favorite video game. A basic palace could be your bedroom, for example. Larger memory palaces can be based on your house, a cathedral, a walk to the corner store, or your town.

A Practical Guide to Situational Awareness By Scott Stewart For the past three weeks we have been running a series in the Security Weekly that focuses on some of the fundamentals of terrorism. First, we noted that terrorism is a tactic not exclusive to any one group and that the tactic would not end even if the jihadist threat were to disappear. We then discussed how actors planning terrorist attacks have to follow a planning process and noted that there are times during that process when such plots are vulnerable to detection. Last week we discussed how one of the most important vulnerabilities during the terrorism planning process is surveillance, and we outlined what bad surveillance looks like and described some basic tools to help identify those conducting it. At the end of last week's Security Weekly we also discussed how living in a state of paranoia and looking for a terrorist behind every bush not only is dangerous to one's physical and mental health but also results in poor security.

I run a Silicon Valley startup – but I refuse to own a cellphone Before you read on, I want to make one thing clear: I’m not trying to convert you. I’m not trying to lecture you or judge you. Honestly, I’m not. It may come over like that here and there, but believe me, that’s not my intent. In this piece, I’m just trying to ... explain. People who knew me in a previous life as a policy adviser to the British prime minister are mildly surprised that I’m now the co-founder and CEO of a tech startup . Your Brain Loves Fun by Idriz Zogaj Idriz Zogaj at a JCI meeting in Göteborg. If you want to improve your memory skills you should unleash your fantasy and let your brain have fun! Having a super memory is all about training, hard training.

How to Learn and Memorize Vocabulary Learning a new language is much different than improving one you already know. The brain is forced to access information much differently, and this can quickly overload our traditional memory. This course aims to overcome this challenge, by introducing a new form of memorization for language learning. Master Foreign Languages Quickly Using the Magnetic Memory Method Vocabulary Memory Palaces and Worksheets Principles of Location, Alphabetization, Imagination, and Action Storing, Recalling, and Testing Memorized Foreign Vocabulary and Alphabets Master Foreign Language Vocabulary by Using Simple Memory Techniques

Working backward to solve problems - Maurice Ashley See Maurice Ashley's blog here. He's the international chess grandmaster, and his motto is, "Your passion is your window to the world." In chess, retrograde analysis is a computational method used to solve game positions for optimal play by working backward from known outcomes (e.g. checkmate), such as the construction of endgame tablebases. udacity Machine learning is one of the fastest-growing and most exciting fields out there, and deep learning represents its true bleeding edge. In this course, you’ll develop a clear understanding of the motivation for deep learning, and design intelligent systems that learn from complex and/or large-scale datasets. We’ll show you how to train and optimize basic neural networks, convolutional neural networks, and long short term memory networks. Complete learning systems in TensorFlow will be introduced via projects and assignments.