How to Listen When You Disagree: A Lesson from the Republican National Convention — Urban Confessional. So, I asked: “Thank you for sharing that. 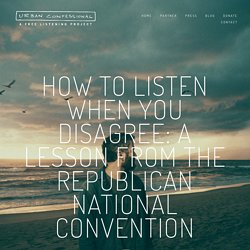 Tell me your story? I’d love to know how you came to this point of view.” She seemed surprised by my interest. “Why? Julia Galef: Why you think you're right. How to engage in better small talk: Minister Faust at TEDxEdmonton. Udacity. I run a Silicon Valley startup – but I refuse to own a cellphone. Before you read on, I want to make one thing clear: I’m not trying to convert you.

I’m not trying to lecture you or judge you. Honestly, I’m not. It may come over like that here and there, but believe me, that’s not my intent. In this piece, I’m just trying to ... explain. People who knew me in a previous life as a policy adviser to the British prime minister are mildly surprised that I’m now the co-founder and CEO of a tech startup . But the single thing that no one seems able to believe – the thing that apparently demands explanation – is the fact that I am phone-free. When people discover this fact about my life, they could not be more surprised than if I had let slip that I was actually born with a chicken’s brain. As awareness has grown about my phone-free status (and its longevity: this is no passing fad, people – I haven’t had a phone for over three years), I have received numerous requests to “tell my story”. So here we go. Readlang - Read, translate and supercharge your vocabulary. La théorie du restaurant. 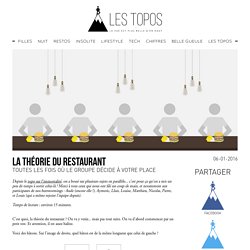 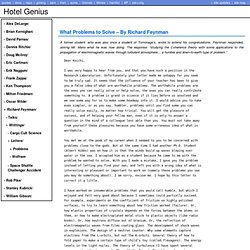 Feynman responded, asking Mr. Mano what he was now doing. The response: “studying the Coherence theory with some applications to the propagation of electromagnetic waves through turbulent atmosphere… a humble and down-to-earth type of problem.” Dear Koichi, I was very happy to hear from you, and that you have such a position in the Research Laboratories. Unfortunately your letter made me unhappy for you seem to be truly sad.

Because .com Wasn't Available: Cognitive Biases in Software Engineering. Human logic, unlike that of the machines which we program and use every day, isn't perfect. We make mistakes, we establish bad mental habits, and we have many cognitive biases that negatively impact our ability to be successful engineers. I want to go over five of the most common biases that I see on a regular basis as a software engineer. Fundamental Attribution Error In social psychology, the fundamental attribution error (also known as correspondence bias or attribution effect) describes the tendency to overestimate the effect of disposition or personality and underestimate the effect of the situation in explaining social behavior.

(ref) This is my favorite cognitive bias, because it shows up everywhere . This is why Etsy puts so much focus on Blameless PostMortems . Confirmation Bias. Want to Be Happier? Stop Doing These 10 Things Right Now. 5 Things To Do Every Day For Success. Fast Company wants you to have your best year yet in 2012; click for more advice and tips on how to work smarter, manage your career, and lead a more meaningful life. 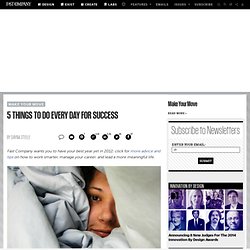 Related:  Flipped 3   -  Zone confort - Développement Personnelle   -  BECOME   -  Blog thoughts 2   -  Readlang - Read, translate and supercharge your vocabulary   -  How to become a Memory Master: Idriz Zogaj at TEDxGoteborg   -  YOU - How To Stop Screwing Yourself Over   -  Want to Be Happier? Stop Doing These 10 Things Right Now   -  Education   -  Enterprise