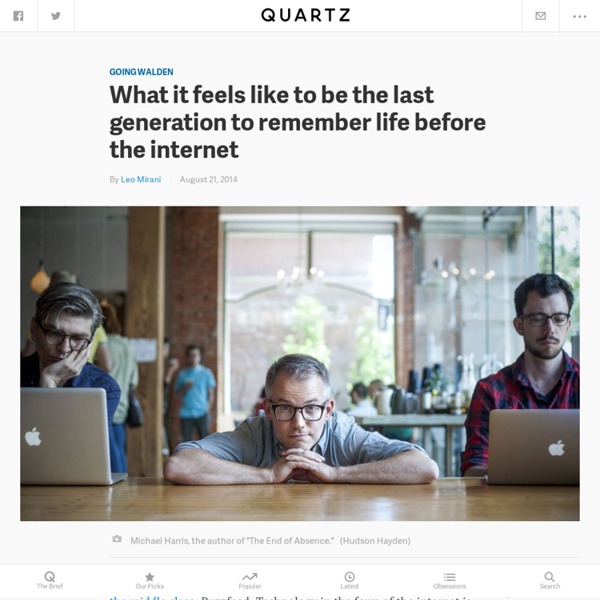 I’ve long believed that speed is the ultimate weapon in business. All else being equal, the fastest company in any market will win. Speed is a defining characteristic—if not the defining characteristic—of the leader in virtually every industry you look at. In tech, speed is seen primarily as an asset in product development. Hence the “move fast and break things” mentality, the commitment to minimum viable products and agile development. What they fail to grasp is that speed matters to the rest of the business too—not just product. I believe that speed, like exercise and eating healthy, can be habitual. Through a prolonged, proactive effort to develop these good habits, we can convert ourselves as founders, executives, and employees to be faster, more efficient company-building machines. Speed, like exercise and eating healthy, can be habitual. This is how category killers are made. So let’s break this down. Making decisions General George Patton said that, and I definitely subscribe to it. Related:  Paradigm Shift

90 Inspiring and Visionary Films That Will Change How You See the World in Profound Ways By Tim Hjersted / filmsforaction.org The world today is in crisis. Everybody knows that. But what is driving this crisis? It's a story, a story that is destroying the world. It's a story about our relationship to the world and to other humans, but we take this story for granted. Climate change, political corruption, corporate power, war, racism, sexism, environmental destruction - these are all symptoms of the cultural story we are enacting. The old story of empire and dominion over the earth has to be looked at in the full light of day - all of our ambient cultural stories and values that we take for granted and which remain invisible must become visible. Most of all, we need to see the promise of the new story (which is also a very ancient story). And all of this knowledge and introspection, dreaming, questioning, and discovery is essential for a cultural transformation that addresses root causes. Ecological consciousness.

Mapping the Emerging Post-Capitalist Paradigm and Its Main Thinkers By Commons Transition / commonstransition.org “We do not live in an era of change, but in a change of eras” is the way Jan Rotmans from the University Rotterdam describes the structural changes impacting our societies. This is also the phrase Michel Bauwens chose to open his latest book yet to be published in English which title is likely to be close to “Towards a post-capitalist society with the Peer-to-Peer”. For thinkers like Jan Rotmans and Michel Bauwens this change of eras is akin to the Industrial Revolution in the second half of the 19th century, and characterized by transitions in various fields. A change in social order from a central, hierarchically-controlled society to a horizontal, decentralized, and bottom-up working unit. Following this analysis, it is to gain further insights that we at blaqswans.org wanted to paint a big picture of the emerging post-capitalist paradigm, underpinned by peer-to-peer and collaborative dimensions. (click on the images for higher resolution)

From Open To Connected It’s been gnawing on me over the last couple of years that in our haste to open up schooling, we may well have missed the greater and more important aims that “open” strives toward. And while there’s no way to protect words from being twisted or co-opted, the phenomena of “openwashing” and the long long O in MOOC are troubling indicators that what initially seemed to be the language of openness may have fought shy of the question of what the openness was for. How otherwise to explain a world in which broadcast lectures are touted as innovations or disruptions? Not that higher ed itself has not had its own complicity in the process, given that our practices of scaling and isolation have modeled much of what we see in the “content delivery” model of online learning. I tried to explore some of these concerns at Open Ed 2012 in Vancouver in a talk I called “Ecologies of Yearning and the Future of Open Education.” “Only connect.” Check out connectedcourses.net. Caravanistas, I salute you.

Conscious Evolution: Leaping Into Possibility | Kosmos Journal It is 40 years since the Futurist magazine published Prof. Clare W. Graves’ article titled “Human Nature Prepares for a Momentous Leap,” which contained predictions for our future that have proved remarkably prescient. Fast forward to today. The leap is a shift in consciousness. The Conscious Evolutionary Journey We are aware of our position as latecomers to a 4-billion year biological evolution but less so of the psychological and societal development that has since taken place. Societal evolution has been a progression in numbers and complexity. The Coming Stage: Coping with Complexity If Graves’ view of our evolving consciousness was correct—if our Values systems and priority codes are psychosocial responses that adapt to changing life conditions—where are we now in our journey? No previous shift has been as stark as this; we are in a new scenario. In earlier, slower-paced and less complex times we could attempt to predict the outcome of our actions.

My Open Learning: xMOOCs I participate frequently in MOOCs, both xMOOCs such as those offered through platforms edX and Coursera, and cMOOCs. cMOOCs offer a different learning experience; usually less structured where learning relies upon networked interactions using social media platforms. Click here for reviews on my completed cMOOCs. To read an in-depth article describing differences between the two types of MOOCs click here. I participate in MOOCs for different reasons that depend upon my learning goals and the amount of time I am able to commit to the course during its time frame. I categorize my participation as follows: 1) Course auditor: Do not participate for the most part in course activities, discussions or assessments, though will read and review select course materials and discussion forums. 2) Active learner: Engage in the majority of activities, assignments and some discussions. Course Overview: This course is World Bank’s first ever MOOC course. Description. Course Overview. Like this:

Exploring the Connected Universe – Delegate Level 1 A cutting edge interactive course Exploring the Connected Universe to better our planet through you. Engage with 9 leading faculty members and shift the current paradigm. Embark on a mind-bending journey, connect with 2,000 other travelers and apply this knowledge to transform yourself and our world. This course will TRANSFORM your reality and make you EMPOWERED, CONNECTED and KNOWLEDGEABLE to POSITIVELY IMPACT CHANGE! I have done thirty years of research and – together with a team of brilliant scientists – developed a unified field theory. My mission and the mission of the Resonance Academy is to get this information out to everyone, regardless of their educational background. The Delegate level 1 course Exploring the Connected Universe is a comprehensive, self-paced online multimedia course packed with 30 years of research and the latest information on this topic. We have scientifically proven that we are all connected at the most fundamental level of space time. Pay $384 in full today

Hieroglyphs of the Future: Jacques Rancière and the Aesthetics of Equality ­We're not a surplus, we're a plus. The slogan appeared at the demonstrations of the French jobless movement in the mid-90s in journals, on banners, and on tracts printed by the political art group, Ne pas plier. It knitted the critical force and the subjective claims of the movement into a single phrase. To be "a surplus" (laid off, redundant) was to be reduced to silence in a society that subtracted the jobless from the public accounts, that made them into a kind of residue—invisible, inconceivable except as a statistic under a negative sign. Excluded, in short: cut out of a system based on the status of the salaried employee. A way to grasp the aesthetic language of the French social movements in the 1990s—and of the transnational movements now emerging—is through the work of Jacques Rancière and his writings on the politics of equality. The political is an opposite process, and it is rare. Rancière's description was in sync with its time. That breach seems to have closed today.

10 Basic New Age Deceptions and How to Correct Them Waking Times Editor’s Note: This list was gathered and collated by Brendan D. Murphy with kudos to Mark Passio, Tim McClew for the distillation, and Juliet J. Carter. “Real compassion kicks butt and takes names and is not pleasant on certain days. If you are not ready for this FIRE, then find a new-age, sweetness and light, perpetually smiling teacher and learn to relabel your ego with spiritual sounding terms. Mark Passio’s 10 Basic New Age Deceptions 1. The notion that you make things worse by focusing on negative issues is false. Correction: Seeing the negativity for what it is creates an ability to steel oneself against its harmful effects and perhaps avoid them entirely. 2. “No one should ever get angry, it’s an emotion that needs to be purged from your system.” 3. Many New Agers tout concepts such as Right & Wrong as “dualistic” and therefore invalid. Correction: “Conscience” literally means: “to know together”, to have “common sense”. 4. 5. The abuse of meditation and yoga. 6. 7. 8.