Hypnosis: Hands Free Orgasm with Fiona Clearwater. Breath your way to Mindblowing Tantric Orgasms. Stella Grey: Shacking up in mid-life makes me feel 28 again. For almost 18 months, up until April, I wrote a column in Family about my midlife online dating disasters, an experience that ended in triumph when I found Edward on a website as I was deleting myself from it. 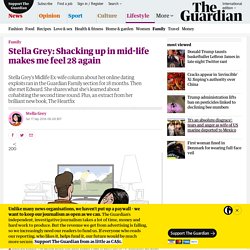 Lauren Mayer (@lomayne) PRUFTECHNIK Inc. - We optimize your machines. Irish country jive! Jiving to Johnny Brady. Progressive Culture. Recently I was e-mailed, via Match.com, by an attractive woman (to the extent that profile pictures can be trusted, anyway) named Kathleen. 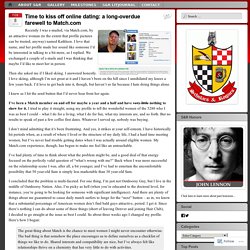 'Golden trio' of sex moves to help women orgasm discovered by scientists. Studies have shown that heterosexual women have fewer orgasms during sex than any other demographic, which substantiates the myth of the elusive female orgasm. 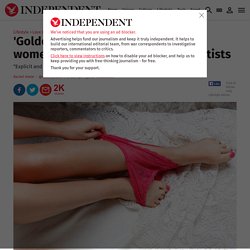 That said, it’s also been proven that lesbian women reach orgasm significantly more - in one study, 86 per cent of lesbian women reported they always or usually orgasm when sexually intimate compared to just 65 per cent of straight women. But that proves that the female orgasm is not in fact as elusive as many people think, and scientists have now revealed a ‘golden trio’ of sex moves designed to increase the chances of a woman reaching orgasm. Researchers from Chapman University, Indiana University and the Kinsey Institute studied over 52,000 Americans of different genders and sexual orientations to look into how often people orgasm. Tantric Yoga for Lovers. 5 Body Language Tricks That Increase Attraction - 12 surprising psychological reasons someone might fall in love with you. Yu Han/Business Insider Love is many things: butterflies and giggles, happiness and comfort, commitment and best friendship. 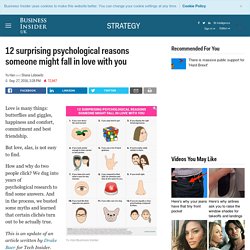 But love, alas, is not easy to find. How and why do two people click? We dug into years of psychological research to find some answers. And in the process, we busted some myths and learned that certain clichés turn out to be actually true. This is an update of an article written by Drake Baer for Tech Insider. If you care about the environment It's easy being green – but only if you're seeking something serious. A 2016 study found that men and women who make eco-friendly purchases are perceived as more desirable for long-term relationships, while those who make luxury purchases are perceived as more physically attractive and more desirable for short-term relationships. If you play hard to get. 3 Steps to a Life-Changing Apology - Bryan Reeves. You Probably Shouldn't Write That - Online Dating Book. Lisa Hoehn specializes in transformations that can make anyone more attractive to potential suitors: online dating profile makeovers. 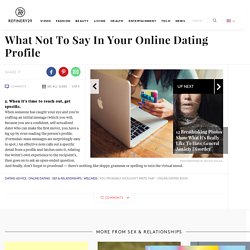 "I'm a serial online dater — which means I've sent and received thousands of messages, corresponded with hundreds upon hundreds of men, and been on (without exaggeration) at least one hundred first dates," she says in her book, You Probably Shouldn't Write That: Tips and Tricks for Creating an Online Dating Profile That Doesn't Suck, out today. Hoehn writes that she got her start in the online dating world with a profile her tipsy teen sister created for her — which turned out more than a bit inauthentic and (unsurprisingly) didn't successfully attract dates who jibed with her IRL. When Hoehn revamped her profile, however, her dance card followed: "Refreshingly," she shares, "the men on the other end seemed interested in getting to know me as opposed to talking to everything with a vagina and a face. " Imagine! Begin Slideshow. How to get the most out of our matchmaking services. The TD is not alone. 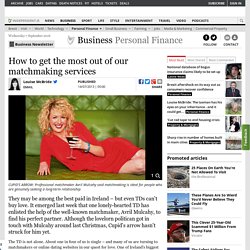 Are You Flirting More Than You Realize? 5 Body Language Tricks That Increase Attraction - The top 10 best dating apps you need to be on in 2016 if you're single. How to Flirt Without Saying a Word. 1. 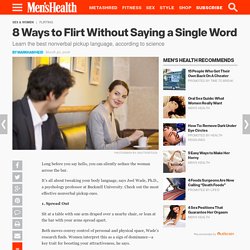 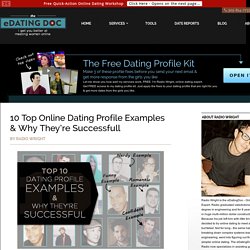 You Probably Shouldn't Write That - Online Dating Book. Inside the World of a Dating Profile Ghostwriter - Thrillist. As counterintuitive as it seems, online dating is a medium largely hinged on the written word. 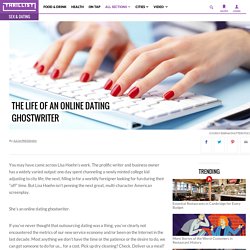 It's easy to get lost in the optics and forget just how important you narrative is. And sometimes, you need perspective. Writing a good profile requires you to be unbiased and self-analyzing -- things Hoehn says are hard to sift apart. Businessinsider. New website lets anyone spy on Tinder users. Tinder isn’t as private as many of its users think, and a new website which aims to exploit that is causing concern among users of the dating app. 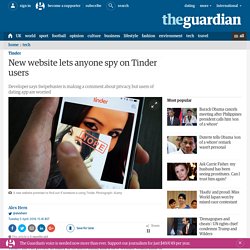 Swipebuster promises to let Tinder users find out whether people they know have an account on the dating app, and even stalk them down to their last known location. The website charges $4.99 (£3.50) to let someone see whether the target is using Tinder, and can narrow down results by first name, age, gender and location. But it doesn’t do so by hacking into Tinder, or even by “scraping” the app manually. Instead, it searches the database using Tinder’s official API, which is intended for use by third-party developers who want to write software that plugs in with the site. From oddballs to Indiana Jones: my online search for love. Online dating at 50 was much harder than I thought it would be. The top 10 best dating apps you need to be on in 2016 if you're single. Direct Route of Touch - Direct Pleasure. What You Should Do with Your Woman's Breasts. 14 surprising psychological reasons someone might fall in love with you.

Jay Z and Beyonce.Mike Coppola/Getty Images Love is many things: butterflies and giggles, happiness and comfort, commitment and best friendship. But love, alas, is not easy to find. How and why do two people click? We dug into years of psychological research to find some answers. And in the process, we busted some myths and learned that certain clichés turn out to be actually true. This is an update of an article written by Drake Baer for Tech Insider. If you play hard to get A 2014 study found that men in a speed-dating experiment wanted a woman more when she played hard-to-get by acting disinterested in the men's questions.

Specifically, the men had to feel "committed" to the woman, which in this study meant that they'd chosen her as their partner, instead of being assigned to her. It's also worth noting that, even though the men wanted the woman more when she played hard to get, they liked her less. Healthy is Sexy. What Being Emotionally Unavailable Really Means and Why Men Do It - 5 Ways to Get a Better Read on People. Basic Rules for Successful Relationships. With all of the advice out there, relationships can get pretty complicated. Everyone has a formula, method, technique, or approach for the best relationship. While all of this relationship advice can be helpful…it can also become confusing and overwhelming. Given that, when managing a relationship, it pays to start with the basics! Sure, all of that detailed advice is helpful later on. To start, however, it is best to have a firm foundation in the simple and powerful steps that lead to relationship success.

In this article, I will indeed share with you these basic principles. 5 Basic Steps for Successful Relationships To make relationships simple, just focus on the following steps… 1) Connect Deeply Whether your relationship is newly-formed or already long-lasting, it can be enhanced by building a deeper connection with your partner. Rewire Your Brain for Love. George was missing. The Disneyland hotel bed was crisply made but my sister’s security bear, loved and nuzzled into a sheepskin sphere with one weird glass eye, had vanished. A frantic call later, the smiling concierge appeared and placed a freshly laundered koala blob back into the waiting arms, and heart, of a tiny blonde girl. She slept, content, wrapped around her fuzzy friend. It’s endearing, isn’t it, when a child needs a stuffed toy to feel safe.

Until the tantrums start and the kid can’t calm themselves without it. Research says the kind of attention we receive from our caretaking adult(s) in our first two years determines whether we feel predominantly safe with closeness—in psychology speak, securely attached—or not. Three things that happy couples have in common. How to Pick a Better Boyfriend or Girlfriend. Real Love is a Marathon - The 7 Rules for Texting in Relationships. The two toxic relationship dynamics which can end a marriage. Mario Anzuoni / Reuters Gwyneth Paltrow split from her husband, Chris Martin, in 2014.