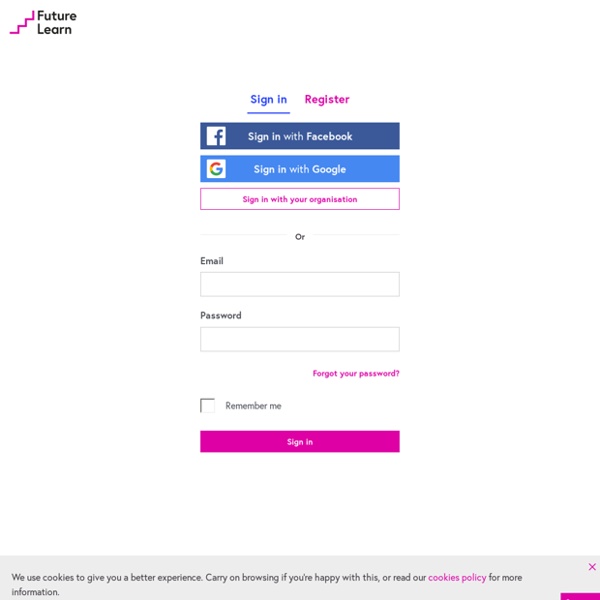 IELTS Speaking practice test 1 In the Speaking test, you will have a discussion with a certified examiner. It will be interactive and as close to a real-life situation as a test can get. The Speaking test is 11-14 minutes long and is in three parts. The Speaking test is the same for both IELTS Academic and IELTS General Training tests. How to practise Galileo Galilei 1. Brief Biography Galileo was born on February 15, 1564 in Pisa. By the time he died on January 8, 1642 (but see problems with the date, Machamer 1998, pp. 24–5) he was as famous as any person in Europe. Moreover, when he was born there was no such thing as ‘science’, yet by the time he died science was well on its way to becoming a discipline and its concepts and method a whole philosophical system.

Google Debuts Classroom, An Education Platform For Teacher-Student Communication Google is tackling the persistent need in education for better software with Classroom, a new tool launching in beta preview to help teachers make, collect and track student assignments, and to help them better communicate with their classes. The Classroom app is part of Google’s Apps for Education lineup of products, and it uses Docs, Drive and Gmail to make assignment creation and tracking easier than when you’d do those things manually. Basically, Google has taken a process that many were already using and streamlined it to make it more useful. Google has a huge advantage over other startups trying to do the same as a result; there’s an immense built-in existing population of users to get onboard. It also incorporates class communication tools, letting teachers make announcements, ask questions and field student responses in real-time.

Anti-terrorism legislation Anti-terrorism legislation designs various types of laws passed in the aim of fighting terrorism. They usually, if not always, follow specific bombings or assassinations. Anti-terrorism legislation usually includes specific amendments allowing the state to bypass its own legislation when fighting terrorism-related crimes, under the grounds of necessity. Free IELTS Listening practice test to help pass the exam The IELTS Listening test will take about 30 minutes, and you will have an extra 10 minutes to transfer your answers to the answer sheet. The four parts of this practice Listening test are presented over four separate web pages. Make sure you move swiftly from one page to the next so that your practice is as realistic as possible. Download the question paper and blank answer sheet before you start, and write your answers on the question paper while you are listening. Use a pencil. Listen to the instructions for each section of the test carefully.

100 Best Classical Recordings Beneath its unruffled, Mediterranean surface, Mozart’s sublime yet cruel comedy comes to life in Bernard Haitink’s interpretation from Glyndebourne, with a cast including Carol Vaness and Claudio Desderi. 3 Mozart Die Zauberflöte (conductor Otto Klemperer) EMI £17.60, RRP £17.99 The dialogue may be cut, but no CD collection should be without Mozart’s 'opera for everybody’ or a cast that includes Lucia Popp’s Queen of the Night and Nicolai Gedda’s Tamino. 4 Puccini Tosca (conductor Victor de Sabata) EMI £17.60, RRP £17.99 The greatest of all Toscas, Maria Callas is captured at her legendary best, urged on by a distinguished cast and conducting of dramatic sweep.

Terrorism: What have schools done? - News - Special Coverage NEW YORK, July 16, 2002 — More than 8,000 students were evacuated from schools near the World Trade Center on Sept. 11, and scenes of parents rushing through the chaos to retrieve their children shook up moms and dads everywhere. But the attack spawned few specific changes in school safety procedures, which had only recently been overhauled after a wave of fatal school shootings. Now, as the nation ponders the threat of new attacks, parents and educators wonder if measures designed to prevent another Columbine massacre are really enough in an age of terror. The Columbine High School shootings in Littleton, Colo., in which two students shot and killed 12 of their peers and one teacher before taking their own lives on April 20, 1999, were the deadliest of their kind in the United States.

ABC Services - Podcasts Podcasting is a convenient way of automatically downloading audio or video files to your computer. You can then play this audio or video on your computer or transfer the files to a portable MP3 or video player. 'Podcast' generally refers to audio. 'Video Podcast' (or 'Vodcast') refers to the distribution of video files in the same manner. Use the navigation to the left to browse all ABC podcasts, or check out the highlights below. MoodGYM: Terms of Use The information and materials on the MoodGYM web site unless otherwise stated, are copyrighted by the Centre for Mental Health Research (CMHR) at the Australian National University, and may be downloaded by registered users solely for their own personal use. Any other activity or reproduction of information and materials requires prior permission from the CMHR. In addition, the graphics, design and format of MoodGYM are the property of the CMHR and may not be reproduced or distributed without permission. MoodGYM contains links to Internet web sites operated by third parties. These linked sites are not controlled by the CMHR and the CMHR is not responsible for the contents of any of these sites. We provide these links to you as a convenience only, and the inclusion of any link does not imply any endorsement of the linked website by the CMHR.

Readers: Seven ways to make the iPad better for education “I want to monitor students’ reading comprehension, math skills, and problem solving progress,” said one reader. iPad adoption in schools is growing at a phenomenal rate, as we reported last year, and some educators call the devices a game-changer. But besides its sleek style, portability, and access to apps and the internet, is the iPad efficient for teacher and student work—more so, say, than other tablets or mobile devices? At the current cost of the iPad, one would hope so. Overview of terrorism legislation There are over five Acts of Parliament and numerous regulations, rules and Orders which provide for special counter-terrorism powers and offences. This is in addition to ordinary criminal offences and police and the security services' powers of surveillance and investigation. While some of these new laws and specific terrorism offences may be necessary, many others are not. Much recent counter-terrorism legislation is dangerously over-broad and has affected vast numbers of people - in particular peaceful protesters and ethnic minority groups - undermining civil liberties and fundamental human rights. The worst excesses of counter-terror law passed since 2000 include: Other counter-terrorism laws that raise grave concerns include:

IELTS Skills Testing and English coaching INSTRUCTIONS: In this exercise you will get an opportunity to practise typing in numbers as you hear them dictated during a recorded lecture. Start the recording below and fill in the spaces with the numbers as they are spoken in the gaps provided below. Only use numbers and common numbered formats. For example, "2nd" would be marked as correct, but not "second". 2013 Puzzle - Activities - teachmathematics.net 'Be creative and find how many ways you can put together 2,0,1 & 4 to make different numbers.' 2014 is the year and this brings a new challenge. This activity is the 2014 puzzle. Using ALL the digits in the year 2014 once and only once (you may not use any other numbers except 2, 0, 1, and 4) write down as many different mathematical expressions that give results for the numbers 1 to 100. You should learn many different tricks along the way to help you and you may even surprise yourself how creative you can be to find solutions to ‘difficult’ numbers.

Adventure Narratives for EFL ESL Students For a long time now I've really admired and been fascinated by the work of AmanitaDesign. They have a really unique approach and I love the way they blend photographic textures with cartoon images. I also find their games quite addictive and that's I quality I always look for when trying to find stimulating materials for students, so I've been looking at how these games could used for language development. The two games I've chosen for this posting are Samorost 1 and Samorost 2 Samorost 1 is based on the scenario of an asteroid heading towards a planet. The player has to click various elements of the screen and find out how to help Samorost change the direction of the asteroid and save his planet.