Cross-Cultural Advertising Research: What Do We Know About the Influence of Culture on Advertising? by Stephan Dahl. University of HullJanuary 2004 Middlesex University Discussion Paper No. 28 Abstract: Ever since Levitt's (1983) article The Globalization of Markets, in which he claimed that marketing can be standardised across cultures, the debate whether or not marketing, and advertising in particular, can truly be standardised has divided both practitioners and researchers in the field. 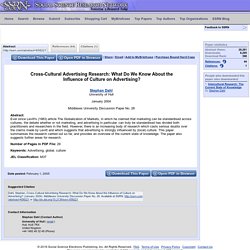 Different Types of Advertising Methods. Advertising has evolved into a vastly complex form of communication, with literally thousands of different ways for a business to get a message to the consumer. 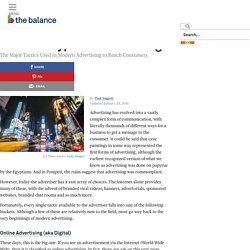 Taste the Feeling: Watch 6 Ads From Coke&apos;s New Global Campaign: The Coca-Cola Company. How To Analyze a Television Commercial. 98.1% (1) of American households have a television, while 99% of people in America can read (2). 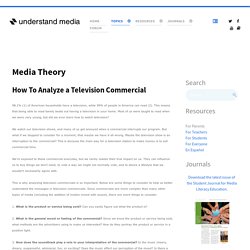 This means that being able to read barely beats out having a television in your home. Most of us were taught to read when we were very young, but did we ever learn how to watch television? We watch our television shows, and many of us get annoyed when a commercial interrupts our program. Coca-Cola Launches #ThatsGold Campaign Ahead Of Rio Olympics. As the clock ticks down to the Opening Ceremony of the Rio 2016 Olympic Games, Coca-Cola has launched a new Olympics campaign designed to highlight golden moments both on and off the podium. 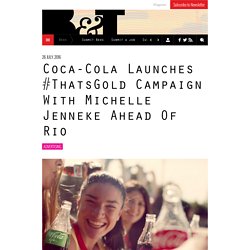 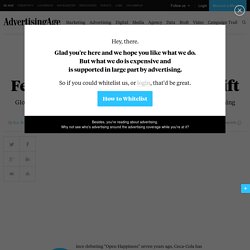 But to new global Chief Marketing Officer Marcos de Quinto, the campaign became just a little bit too preachy. And it failed to hammer home more simple pleasures, like enjoying an ice-cold Coke on a hot day. So in the first big move under his watch, Coke is closing down "Open Happiness. " A new global campaign called "Taste the Feeling" will put the product at the center of every ad as Coke seeks to win over more drinkers in the struggling soda category. And in a major strategic shift, Coke will adopt a "one-brand" approach that will unite multiple varieties like Diet Coke and Coke Zero in a single campaign, rather than running disparate spots.

Coca-Cola executives are expected to annouce the campaign today in Paris as ads begin rolling out across the more than 200 countries where Coke is sold. CONCEPTS OF LOCAL AND GLOBAL ADVERTISING – Yaaka Digital Learning Network. Great Advertising Is Both Local and Global. With increasing heterogeneity in every market and global exposure just one tweet away, all brands, even local ones, must begin to think globally or suffer the consequences. 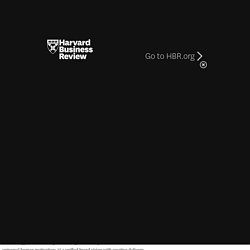 In 2008, Fiat used Richard Gere as a spokesman in an Italian ad campaign. Though the ad never aired in China, the use of Gere, a pro-Tibet activist, outraged Chinese consumers and caused Fiat to lose traction in the booming Chinese auto market. There are many examples of global advertising concepts getting lost in translation, but today the stakes are higher than ever; a poorly conceived ad in one market can damage the entire brand. It’s hard to create relevant and timely global advertising themes, positioning, and stories that reinforce the brand, appeal to consumers around the world, and can be creatively delivered through all touch points. 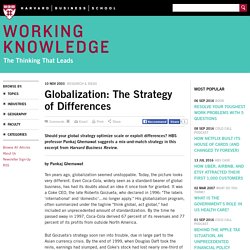 Today, the picture looks very different. Opinion / Taste the Feeling. Last week Coke announced the retirement of its award-conquering Open Happiness campaign to be replaced by the rather more prosaic line Taste the Feeling. 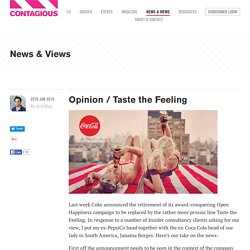 In response to a number of Insider consultancy clients asking for our view, I put my ex-PepsiCo head together with the ex-Coca Cola head of our lady in South America, Janaina Borges. Here’s our take on the news: First off the announcement needs to be seen in the context of the company failing to grow over the past five years and with little expectation to grow that much in 2016 either, mainly due to its past success and size.

As the company already sells its products in more than 200 countries at a rate of 1.9 billion servings per day, it is hard to see where further meaningful growth might come from. Coke recognises this of course, hence the renewed focus away from volume growth and towards value growth via smaller pack sizes, which yield better margins. Uk.businessinsider. Coca-cola Coke's new ad campaign will unite Coca-Cola, Diet Coca-Cola, Coca-Cola Zero, and Coca-Cola Life under one slogan. 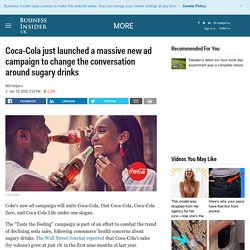 The "Taste the Feeling" campaign is part of an effort to combat the trend of declining soda sales, following consumers' health concerns about sugary drinks. The Wall Street Journal reported that Coca-Cola's sales (by volume) grew at just 1% in the first nine months of last year. Block3-Globalization - Global Culture vs. Local Culture. According to Merriam Webster dictionary, culture is the beliefs, customs, arts, etc., of a particular society, group, place, or time. 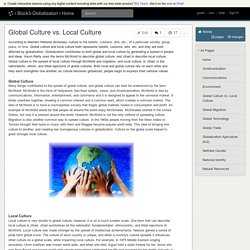 Global culture and local culture both represents beliefs, customs, arts, etc; and they are both affected by globalization. Globalization contributes to both global and local culture by generating a spread in people and ideas. Kevin Reilly uses the terms McWorld to describe global culture, and Jihad to describe local culture. 82. EXTENDED ESSAY GUIDELINES. Mr. Crown's Advice Concerning Your Extended Essay Also, read and follow the guidelines below. Title Page - Place the title ¼ of the way down from the top of the page. Remember that the title is not the same thing as your research question or topic.

How do we know what we know? Logic is one way. Advertisements try to appeal to our sense of logic, so that we buy into a brand or purchase a product. When studying ads we often ask ourselves" 'what are the advertisers really saying? ' ADVERTISING AND CULTURE essays. Social network advertising spending UK 2012-2016. Advertising in the United Kingdom - Statistics & Facts. The United Kingdom ranks fifth among the world’s largest advertising markets, and second among markets in Europe. UK advertising expenditure amounted to 18.55 billion British pounds in 2014 according to the AA/WARC Expenditure Report, with growth to roughly 20.7 billion British pounds projected by 2016. UK digital advertising overtook television advertising in 2010 and now receives the greatest share of advertising spending. Internet’s share of advertising spending is expected to increase to almost 44.2 percent by 2015, with newspaper loosing its share of expenditure and falling to 13 percent.