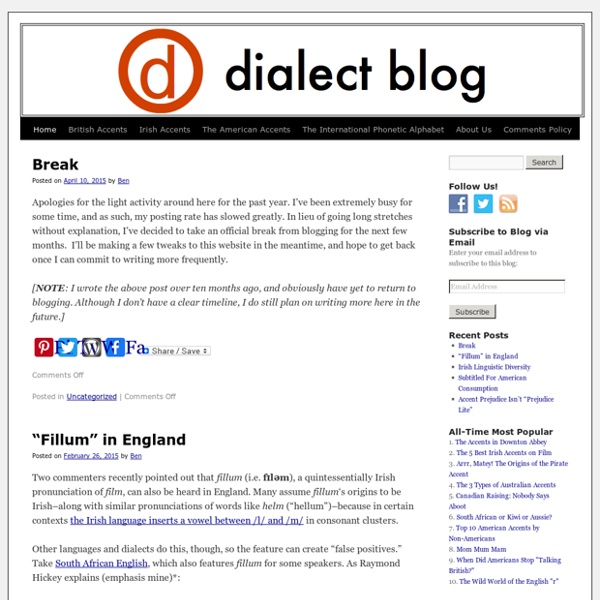 Flirting and Writing Dialogue I love exposition: flowing sentences, tight action, enveloping description. Prose is great. But for the past couple of weeks, I’ve been wondering what makes dialogue tick. Well-written dialogue is not conversation. Writing Dialogue with Game It’s a great feeling when our game is on, and every exchange is tantalizing, enticing, teasing, and provocative. Functional versus Emotional Dialogue Good dialogue works the same way. Less is More: Make Every Word Count When I have been particularly flirtatious (not that it happens often, but it has happened…once…I think), I feel like every sentence, every word I uttered made the other person dig me more. Imagine you’re trying to ask someone out to dinner. Probably the best tool I’ve found to find the happy medium is the comic book panel. A good rule of thumb is for panels to not exceed twenty-five words of dialogue. There. What did you say? Clarity’s another important factor. . Like so many aspects of writing, this is a balancing act. . Like this:

Strong Authorial Voice By Nicholas So you've got a great novel in the works. It's got everything your audience could ask for - orcs and goblins, champions and villains, flashy adventures and passionate romance. Now the question is not what to write but how to write it; now comes the question of voice. Voice, like personality, is a nebulous term, and it has as many facets. I would like to first dispel a few myths concerning voice, or, as it is sometimes referred to, style. So let's talk voice. The universals of strong writing Every artist wants to be unique. Clarity is above all the hallmark of good writing. I believe this difficulty, which verse, by nature and origin emotional, encounters in dealing with ordinary unemotional narrative, to lie as a technical reason at the bottom of Horace's advice to the writer of Epic to plunge in media res, thus avoiding flat preparative and catching at once a high wind which shall carry him hereafter across dull levels and intervals. Passive Voice: The mirror was shattered.

Developing a Unique Writing Voice Finding a writing voice can be a struggle, whether you’re writing a novel, short story, flash fiction or a blog post. Some may even wonder, what is voice in writing? A writer’s voice is something uniquely their own. When you find that unique voice, you might not even be able to explain how it came about—let alone describe what it is. “I am looking for authors with a distinctive voice.” What the heck is “voice”? How can you develop your voice? You can facilitate voice by giving yourself the freedom to say things in your own unique way. Science fiction writer Neal Stephenson has a unique voice. The Deliverator’s car has enough potential energy packed into its batteries to fire a pound of bacon into the Asteroid Belt. Another distinctive voice in science fiction belongs to my client Nalo Hopkinson, a Jamaican Canadian who not only envisions the future, but who envisions the future of people of color in Creole-spiced prose that is as flavorful as gumbo. Oho. You might also like:

Common Grammar Mistakes I’ve edited a monthly magazine for more than six years, and it’s a job that’s come with more frustration than reward. If there’s one thing I am grateful for — and it sure isn’t the pay — it’s that my work has allowed endless time to hone my craft to Louis Skolnick levels of grammar geekery. As someone who slings red ink for a living, let me tell you: grammar is an ultra-micro component in the larger picture; it lies somewhere in the final steps of the editing trail; and as such it’s an overrated quasi-irrelevancy in the creative process, perpetuated into importance primarily by bitter nerds who accumulate tweed jackets and crippling inferiority complexes. But experience has also taught me that readers, for better or worse, will approach your work with a jaundiced eye and an itch to judge. Who and Whom This one opens a big can of worms. Which and That This is one of the most common mistakes out there, and understandably so. Lay and Lie This is the crown jewel of all grammatical errors. Moot

Linguistic Atlas The Passive Voice Passive and Active Voices Verbs are also said to be either active (The executive committee approved the new policy) or passive (The new policy was approved by the executive committee) in voice. In the active voice, the subject and verb relationship is straightforward: the subject is a be-er or a do-er and the verb moves the sentence along. In the passive voice, the subject of the sentence is neither a do-er or a be-er, but is acted upon by some other agent or by something unnamed (The new policy was approved). Computerized grammar checkers can pick out a passive voice construction from miles away and ask you to revise it to a more active construction. There is nothing inherently wrong with the passive voice, but if you can say the same thing in the active mode, do so (see exceptions below). use the passive voice to avoid responsibility for actions taken. Take the quiz (below) as an exercise in recognizing and changing passive verbs. Passive Verb Formation Verbals in Passive Structures

Writing Thesauruses Words and Phrases Coined by Shakespeare Words and Phrases Coined by Shakespeare NOTE: This list (including some of the errors I originally made) is found in several other places online. That's fine, but I've asked that folks who want this on their own sites mention that I am the original compiler. For many English-speakers, the following phrases are familiar enough to be considered common expressions, proverbs, and/or clichés. I compiled these from multiple sources online in 2003. How many of these are true coinages by "the Bard", and how many are simply the earliest written attestations of a word or words already in use, I can't tell you. A few words are first attested in Shakespeare and seem to have caused extra problems for the typesetters. The popular book Coined by Shakespeare acknowledges that it is presenting first attestations rather than certain inventions. Words like "anchovy", "bandit", and "zany" are just first attestations of loan-words. Right now I'm in the process of referencing these. scalpel_blade@yahoo.com

Bad News in Writing While you can't turn bad news into good through clever wording, the way that you deliver bad news in writing can affect how it is received the same way that it does when speaking. Some speakers know how to deliver bad news, and others only make it worse. The same is true in writing. The introduction is very important. It sets the context for the bad news, and context has a lot to do with how bad news is received. The bad news itself should go in the middle of your message. Once delivered, the bad news should be followed by the remedy, lesson learned, or course of action that will result in future prevention or improvement. Conclude by showing that you care. The key to delivering bad news is trust. By Carl Dickson, Founder of CapturePlanning.com Click here for more free articles like this one

Etymology Accents and Dialects Public Domain / CIA NOTE: This guide uses the International Phonetic Alphabet (IPA). For information about this notation, please visit my page of International Phonetic Alphabet Resources. There are obviously many North American accents. General American This refers to the spectrum of ‘standard’ English spoken by newscasters, TV actors, and a large percentage of middle-class Americans. Prominent Features: The short-a (as in cat) is raised and diphthongized before nasal consonants. Accent Samples: Eastern New England English This describes the classic “Boston Accent.” Non-rhoticity, as mentioned above.Fronted pronunciation of words like father and palm, so these are pronounced IPA faðə and pa:m (i.e. this vowel is close to the vowel in words like “cat” and “mad” in General American).Unlike most other American accents, the vowel in lot and rod is rounded as in most British dialects, pronounced IPA lɒt and ɹɒd (“lawt” and “rawd”). New York City English Mid-Atlantic English Accent Samples:

Speech Patterns NEW YORK — Psychopaths are known to be wily and manipulative, but even so, they unconsciously betray themselves, according to scientists who have looked for patterns in convicted murderers' speech as they described their crimes. The researchers interviewed 52 convicted murderers, 14 of them ranked as psychopaths according to the Psychopathy Checklist-Revised, a 20-item assessment, and asked them to describe their crimes in detail. Using computer programs to analyze what the men said, the researchers found that those with psychopathic scores showed a lack of emotion, spoke in terms of cause-and-effect when describing their crimes, and focused their attention on basic needs, such as food, drink and money. [10 Contested Death Penalty Cases] "The beautiful thing about them is they are unconsciously produced," Hancock said. These unconscious actions can reveal the psychological dynamics in a speaker's mind even though he or she is unaware of it, Hancock said. What it means to be a psychopath

Textual Analysis Photo by Murray Close/Lionsgate, Inc. This weekend, millions of preteens will flock to theaters to take in the Hunger Games sequel, Catching Fire, just as millions of preteens flocked to each of the five Twilight movies. For the most part, however, these will not be the same people. Why might a reader take a shine to one series and not the other? To answer this question, I could have read all of the books and offered my opinion on the authors’ respective styles. “Textual analysis” sounds complicated, but it’s actually quite simple—a better term for it might be “counting words.” Once the words have been counted, the most obvious question to ask is: Which words are used most frequently by each author? And below is a list of most common -ly adverbs by author. These lists give us a sense of the authors’ respective proclivities and reflect the general tone of each series. There are interesting patterns and contrasts among the authors to observe at the sentence level as well. J.K.