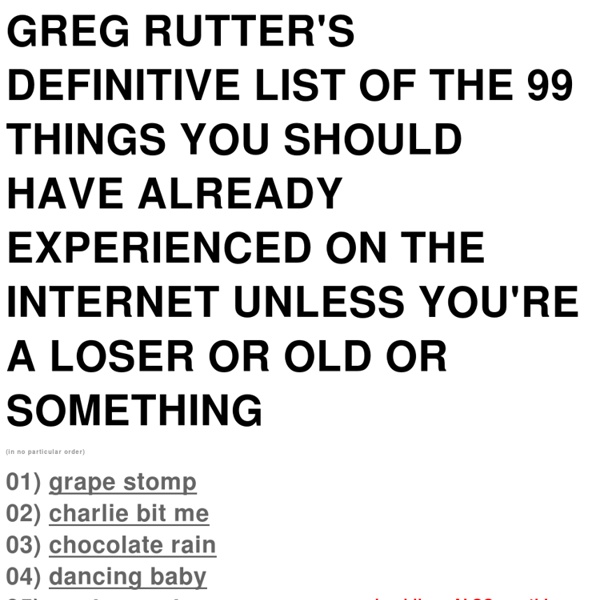 It is Sneaky Time! Internet Society Aufbau der Internet Society[Bearbeiten] Weblinks[Bearbeiten] Quellen[Bearbeiten] Hochspringen ↑ Who we are: Our Members auf den Seiten der isoc.org Plnnr - plan the perfect trip, automatically! How Projects Really Work (version 2.0) created on 2006-07-24 How Projects Really Work (version 2.0) How the customer explained it How the project leader understood it How the analyst designed it How the programmer wrote it What the beta testers received How the business consultant described it How the project was documented What operations installed How the customer was billed How it was supported What marketing advertised When it was delivered What the customer really needed What the digg effect can do to your site The disaster recover plan

Internet Games - Online Games & Game Downloads Internet Society The Internet Society (ISOC) is an international, non-profit organization founded in 1992 to provide leadership in Internet related standards, education, and policy. It states that its mission is "to promote the open development, evolution and use of the Internet for the benefit of all people throughout the world".[1] The Internet Society has its headquarters in Reston, Virginia, United States,[2] (near Washington, D.C.), and offices in Geneva, Switzerland.

Simple animation to explain complex principles 1, aircraft radial engine 2, oval Regulation 3, sewing machines 4, Malta Cross movement - second hand movement used to control the clock 5, auto change file mechanism Flash Games Infographic: The 550,000 Miles Of Undersea Cabling That Powers The Internet They seem so brittle. Cables that are a little more than two inches thick line our ocean floors, culminating in over half a million miles in length, transmitting terabytes of data across the globe every second. What about satellites?

6 Harsh Truths That Will Make You a Better Person 2017, motherfuckers. Yeah! LET'S DO THIS. "Do what?" you ask. I DON'T KNOW. Augmented web The Augmented Web is a combination of HTML5, Web Audio, WebGL, and WebRTC that improves the experience of users on existing pages on the web. [1] The term Augmented Web was first coined by Alex Young in 2011. It was the focus of a Birds of a Feather meeting at ISMAR2012 and is now the focus of the W3C Augmented Web Community Group[2] Implementation[edit] Browser support is evolving quickly and can best be monitored using services like Can I Use[3] References[edit]

25 Words That Are Their Own Opposites - Mental Floss - Pocket Here’s an ambiguous sentence for you: “Because of the agency’s oversight, the corporation’s behavior was sanctioned.” Does that mean, "Because the agency oversaw the company’s behavior, they imposed a penalty for some transgression," or does it mean, "Because the agency was inattentive, they overlooked the misbehavior and gave it their approval by default"? We’ve stumbled into the looking-glass world of contronyms—words that are their own antonyms. 1. Sanction (via French, from Latin sanctio(n-), from sancire ‘ratify,’) can mean "give official permission or approval for (an action)" or conversely, "impose a penalty on." 2.