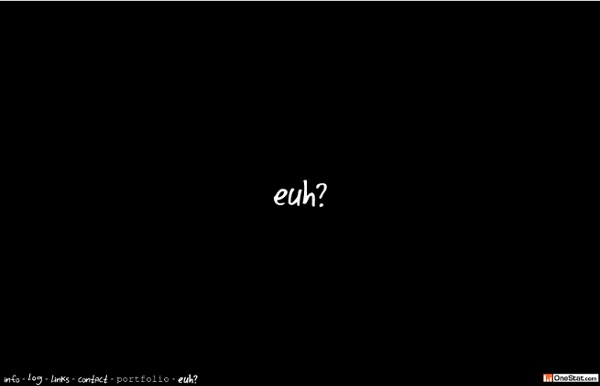 15 Essential Moments To (Re)Visit if You Had a Time Machine Written by Akela Talamasca Let’s say you get your hands on a brand new Time Machine. Whether it’s the old-school H.G. Wells chair model, or a tricked-out DeLorean, you’ve now got to decide what you’re going to do with your new toy. But before you run off and start messing up your life, sleeping with your grandmother, and investing in Google stock before the Internet was invented, we’ve got a few ideas for you. Here are 15 moments in time, both past and future, that you may want to just witness before you go and do what you’re inevitably going to do, and ruin everyone’s universe. The Trinity Test (Past) Source If you want to see one of the most awe-inspiring events in human history, then you need to set your time machine for 5:29 AM, July 16th 1945 at Alamogordo, New Mexico. The Roswell Crash (Past) Source Whether it was a UFO or a weather balloon, it’s time we found out just what went down around Roswell, New Mexico on the night of July 2nd, 1947. Source The First Modern Olympic Games (Past)

Oddity Central - Weird Places, Odd Events, Bizarre News, Strange People and A Lot More The Oh-My-God Particle by John Walker January 4, 1994 Fly's Eye The University of Utah operates a cosmic ray detector called the Fly's Eye II, situated at the Dugway Proving Ground about an hour's drive from Salt Lake City. On the night of October 15, 1991, the Fly's Eye detected a proton with an energy of 3.2±0.9×1020 electron volts.[1,2] By comparison, the recently-canceled Superconducting Super Collider (SSC) would have accelerated protons to an energy of 20 TeV, or 2×1013 electron volts—ten million times less. All evidence points to these extremely high energy particles being protons—the nuclei of hydrogen atoms. Microbial Mass First of all, noting that mass and energy are equivalent, we can calculate the rest mass equivalent of a 3×1020 eV particle to be about 5×10−13 grams. How Fast? How fast was it going? where m0 is the particle's rest mass, v is the particle's velocity, and c is the speed of light. And thus, approximately: v = 0.9999999999999999999999951 c Quicktime Warp Factor Oh-My-God—Engage! But How?

Atuendos Hechos con Globos corcholat Suscríbete Atuendos Hechos con Globos — Publicado por hace 6 años, 2 semanas Suscríbete gratis a la lista de correo Relacionados corcholat 2007 - 2014corcholat [at] gmail [dot] com→ therror.com TasteKid | Recommends music, movies, books, games The Quest For Every Beard Type | Jon Dyer's Blog I’ve been growing a beard every winter for some years now, and every spring, I try to see how many facial hair variations as I can check off from the chart of facial hair types. So far, over 2.4 million people have been following along. Listed below are descriptions of 44 facial hair types including examples of the 39 42 variations that I’ve been able to attain so far. Enjoy! A La Souvarov A sideburn / mustache combo where the sideburn curves downward toward the corner of the mouth and then curves upward into the mustache. Status: Complete (2008) The Anchor A beard without sideburns that extends along jawline and is styled into a point. Status: Complete (2007) Balbo A wide version of the goatee accompanied by an unconnected mustache. Cantinflas The complete opposite of the toothbrush, this mustache is comprised of the two ends of a typical mustache. Status: Complete (2013) Chin Curtain Status: Complete (2004, 2011) Chin Strap Status: Complete (2011) Chin Puff Copstash Standard Dali Ducktail El Insecto

Dark Side of Oz Dark Side of Oz [Setup] [Similarities with Pictures] [Similarities] [Conclusion] [Pink Floyd Lyrics] I've done this experiment quite a few times, and I'll have to admit that there are a lot of coincidental events and themes. Click here for the Wizard of Oz Poster ~ Over The Rainbow Trippy inspiration for Pink Floyd Dark Side of the Moon ~ 24x36" Breathe Dorthy is on Earth, and everyone is talking to her, but this what are they really saying? Released March, 1973 "Speak to Me" (Mason) "I've been mad for fucking years, absolutely years, been over the edge for yonks, been working me buns off for bands..." "I've always been mad, I know I've been mad, like the most of us...very hard to explain why you're mad, even if you're not mad..." (Instrumental) "Breathe" (Waters, Gilmour, Wright) Breathe, breathe in the air. Long you live and high you fly And smiles you'll give and tears you'll cry And all you touch and all you see Is all your life will ever be. Run, rabbit run. "Breathe" (reprise)

Juliane Koepcke Juliane Koepcke On Christmas Eve 1971, in the skies above the desolate, remote jungles of Peru, LANSA Flight 508 got its ass rocked like a hurricane by a ginormous bolt of lightning that blew the entire fuselage apart like a humongoid human-filled flying pipe bomb with wings. Juliane Koepcke, a quiet seventeen year-old high school senior on her way to visit her father, fell two miles out of the sky, without a parachute, crunching into the dirt floor of the Amazon Rain Forest with enough velocity to fracture the skull of Bahamut the World Fish. When she somehow miraculously awoke and came to her senses (a feat which few of her fellow passengers managed to accomplish), she was still strapped in to her seat. Juliane unbuckled her apparently-indestructible airline seat belt (she was obviously paying attention when the flight attendant was going through that whole "here's how you properly fasten your safety belt" portion of the spiel) and briefly surveyed the wreckage. The Amazon. Good times.