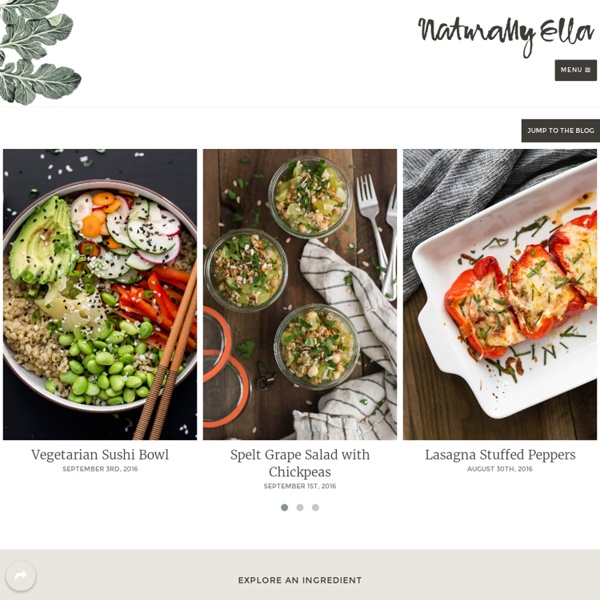 From ‘Moby Dick’ to ‘The Great Gatsby’: Classic Lit Dishes Brought to Life (Photos) There is nothing like reading a description of a meal that is so vivid you can almost taste it. For one photographer, imaging the iconic delights wasn't enough. For a design project that turned into a book, Fictitious Dishes, Dinah Fried decided to create and photograph the food described in her favorite books. After some epic cooking challenges, she landed with 50 dishes ranging from the classic to the modern. See some of the iconic food and lit pairings here. Herman Melville, 1851

Vegan Substitutes Tofu Sour CreamVegan Vittles by Joanne Stepaniak 1 10.5 oz. box firm silken tofu 1 Tbsp. oil 2 tsp. lemon juice 2 tsp. apple cider vinegar 1 tsp. sweetener 1/2 tsp. salt Crumble tofu and all other ingredients into a food processor and process for several minutes, until smooth. Stored in an air-tight container, it will keep up to 5 days in the fridge. Note: This may separate upon refrigeration and may need to be remixed.

» Recettes de soupes chaudes Discover « Sweet Macarons » by Mercotte! Tame the macaron in 21 recipes! Tips and tricks, failure analysis, product selection and equipment, all steps are explained here simply to optimize your success. Buy the book:Amazon US - Amazon CA - Amazon UK - Amazon IT - Amazon DE - Amazon ES - Amazon FR Pure Vegetarian By Lakshmi This is one of those recipes I whipped up with whatever was at hand. Usually the method works, sometimes not. With paneer, smetana and cream it is impossible to fail. Emma Dibben - Illustrator Click a thumbnail above to choose a portfolio Emma grew up in Sheffield, early on discovering a love of nature in the surrounding Peak District. An urge to live by the sea took her to Cornwall in 2001 where she studied Illustration at Falmouth College of Arts. This included a term studying etching and stone lithography at The Academy of Fine Arts in Warsaw, under the Erasmus program.

Vegetarian Frugal Housewife “Vegetables are a must on a diet. I suggest carrot cake, zucchini bread and pumpkin pie.” ~ Jim Davis, 20th-Century American Actor When I was a child, everyone was crazy about chocolate cake. It seemed to be the star of every birthday party, along with the balloons, presents and pin-the-tail-on-the-donkey. Myself, I’ve never been extremely partial to chocolate. I can enjoy it, to be sure, but I don’t crave it.

sketch restaurant London The triple dream of launching a centre, a “lieu” or destination place, for food, art and music has been realised by Mourad “Momo” Mazouz and his team of chefs and designers over two expansive floors of a converted 18th century building in Conduit Street, Mayfair, London. sketch is a complex and unique site. Conceived by French master chef Pierre Gagnaire and restaurateur Mazouz, it has attracted unprecedented media reaction for its myriad food, drink and entertainment styles since it opened in December 2002. Gagnaire's culinary genius has inspired the menus throughout sketch. His eponymous Michelin three-starred Paris restaurant has a distinctive menu style, which Gagnaire had adapted for sketch.

Smart Composting Tips for Urban Gardeners & Apartment Dwellers : WebEcoist (Image via Brettf) With the economy in dire straits and many people losing their jobs, everyone’s looking for ways to save money and become more self-sufficient. Growing your own food – even if you live in an apartment or urban setting – is a low-cost and easy first step towards saving a lot of money. Composting is another great activity that can help both your gardening and the planet.