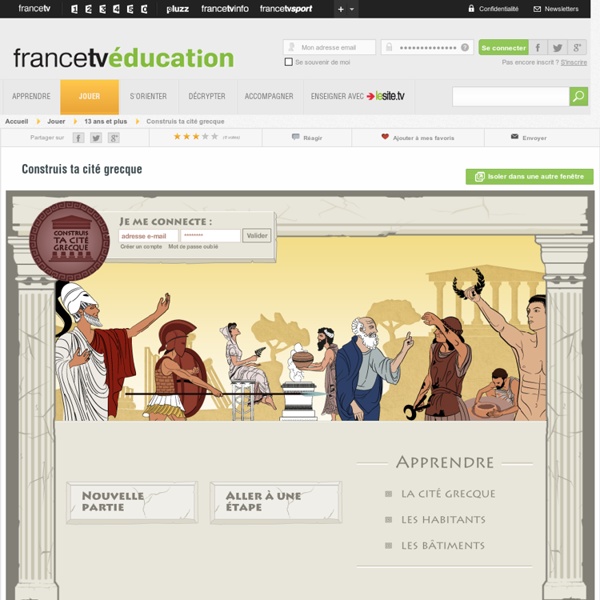 Populus Romanus 2: Brit. FREE POPULUS ROMANUS II: BRITANNIA has now arrived! A turn based strategy war game where you return to ancient Rome, this time leading Roman legions against british tribes in their conquest of the island of Britannia. Play various scenarios of the wars fought by the Roman empire in the ancient age. *** If you encounter a bug, please get in touch with us by email, so that we can fix the problem! Same thing with refunds: Just mail us Graeco Roman Puzzles :: Loculus Archimedis ::(Archimedes' puzzle) The 14-piece puzzle opposite is supposed to have been invented by Archimedes (287-212 B.C.), an inventor and mathematician who lived in Syracuse, Sicily. Magnus Ausonius (310-395 A.C.) described the puzzle in this way: "...simile ut dicas ludicro quod Graeci Ostomachion vocavere. Ossicula ea sunt: ad summam XIV figuras geometricas habent. Sunt enim aequaliter triquetra, vel extentis lineis, vel ejusdem frontis, vel rectis angulis, vel obliqui: isoskele ipsi, vel isopleura vocant, orthogonia quoque et skalena.

Anti-Semitism in France: How Fast Is the Tide Rising? ‘How can anyone be allowed to paint a swastika on the statue of Marianne, the goddess of French liberty, in the very center of the Place de la République?” That was what the chairman of one of France’s most celebrated luxury brands was thinking last July, when a tall man in a black shirt and a kaffiyeh leapt to the ledge of Marianne’s pedestal and scrawled a black swastika. All around him, thousands of angry demonstrators were swarming the square with fake rockets, Palestinian and Hamas flags, even the black-and-white banners of ISIS.

Frederic: Resurrection of Music on Steam BEFORE YOU POINT OUT MY TIME PLAYED: I've played much more of this game on a tablet. My review for the PC version will be based on the difference in playability between the two. I've played enough to come to a conclusion about that. Frederic: Resurrection of Music is a rhythm game where you catch falling notes onto piano keys at the bottom of the screen. Think of Beatmania without the turn table, and you've basically got it. The timing for a perfect hit takes a little getting used to, because it's relative to the center of the actual key on the piano itself. suspension pour plantes Nowadays most of the people recycle. It’s true that we need to correct our disposable culture and our Eco-nomically. Recycling is the most popular solution to our plastic pollution problem. Reuse plastic bottles and transform them into different solutions for your home. In fact, if you are reusing junk, you are helping to make the initial energy that went into the production of that material last longer and go farther.

Ludus Latrunculorum Checkersland is a free program that supports more than 30 kinds of checkers. A very strong artificial intelligence, good-looking interface and a lot of useful settings for playing hot-seat with another opponent or on your phone against the AI. Don't miss this game! The new Microsoft Surface Tablet Jeffrey Bradbury Jeffrey Bradbury, author of Kidblog: An Introduction to Blogging With Your Students, is the creator of TeacherCast.net, TeacherCast University, and Educational Podcasting Today, is a Google Certified Teacher, Google Education Trainer, PBS Learning Media Digital Innovator, speaker, writer, broadcaster, consultant and educational media specialist. In 2012, Jeff was recognized as one of top 50 educators using social media at the first ever Bammy Awards and has been nominated twice in the category of Innovator of the Year.