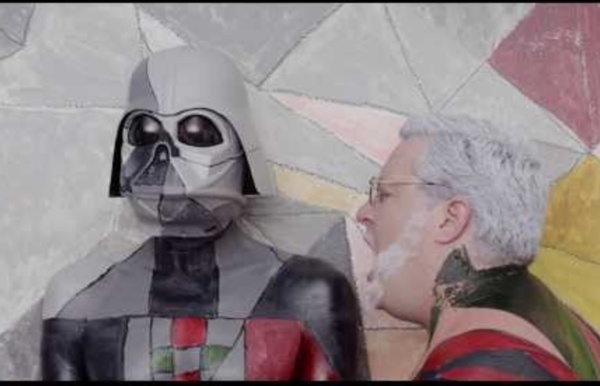 Not just a girl….. » Jaime Moore photography So my amazing daughter, Emma, turned 5 last month, and I had been searching everywhere for new-creative inspiration for her 5yr pictures. I noticed quite a pattern of so many young girls dressing up as beautiful Disney Princesses, no matter where I looked 95% of the “ideas” were the “How to’s” of how to dress your little girl like a Disney Princess. Now don’t get me wrong, I LOVE Disney Princesses, from their beautiful dresses, perfect hair, gorgeous voices and most with ideal love stories in the mix you can’t help but become entranced with the characters. *NEW* February 7, 2014 - We are so thankful and overwhelmed by such an amazing response.

The Post-College Survival Guide John Cleese on the 5 Factors to Make Your Life More Creative by Maria Popova “Creativity is not a talent. It is a way of operating.” Much has been said about how creativity works, its secrets, its origins, and what we can do to optimize ourselves for it. In this excerpt from his fantastic 1991 lecture, John Cleese offers a recipe for creativity, delivered with his signature blend of cultural insight and comedic genius. Space (“You can’t become playful, and therefore creative, if you’re under your usual pressures.”)Time (“It’s not enough to create space; you have to create your space for a specific period of time.”)Time (“Giving your mind as long as possible to come up with something original,” and learning to tolerate the discomfort of pondering time and indecision.)Confidence (“Nothing will stop you being creative so effectively as the fear of making a mistake.”)Humor (“The main evolutionary significance of humor is that it gets us from the closed mode to the open mode quicker than anything else.”) Creativity is not a talent. Thanks, Simon

100 Ideas That Changed Graphic Design by Maria Popova From visual puns to the grid, or what Edward Tufte has to do with the invention of the fine print. Design history books abound, but they tend to be organized by chronology and focused on concrete -isms. From concepts like manifestos (#25), pictograms (#45), propaganda (#22), found typography (#38), and the Dieter-Rams-coined philosophy that “less is more” (#73) to favorite creators like Alex Steinweiss, Noma Bar, Saul Bass, Paula Scher, and Stefan Sagmeister, the sum of these carefully constructed parts amounts to an astute lens not only on what design is and does, but also on what it should be and do. Idea # 16: METAPHORIC LETTERING Trying to Look Good Limits My Life (2004), part of Stefan Sagmeister’s typographic project '20 Things I Have Learned in My Life So Far.' Idea # 83: PSYCHEDELIA Gebrauchsgraphik (1968). Idea # 31: RED WITH BLACK Heller and Vienne write in the introduction: Idea # 19: VISUAL PUNS Idea # 17: PASTICHE Idea # 80: TEEN MAGAZINES Idea # 25: MANIFESTOS

NeuroKnitting | knitic by Varvara Guljajeva , Mar Canet , and Sebastian Mealla Special thanx to Sytse Wierenga! We have plotted brainwave activity into a knitted pattern. Using a wearable, non-invasive EEG headset, we recorded users’ affective states while listening to Bach’s “Goldberg Variations”, concretely the aria and its first seven variations. The audio was about 10 minutes long and we downsampled each second of the signal coming from the 14 channels of the EEG device. Three main features were measured: relaxation, excitement, and cognitive load. Why have we used music? Concerning the selected music, the first case study uses Bach’s Goldberg Variations as a stimuli for the users. The knitted garments picture the listener’s affective and cognitive states during the experiment. Neuro Knitting represents a novel way of personal, generative design and fabrication. More photos about the whole process here>> Authors Together they had brainstorm this art project to demonstrate art and science collaboration.

Do It: 20 Years of Famous Artists' Irreverent Instructions for Art Anyone Can Make by Maria Popova “Art is something that you encounter and you know it’s in a different kind of space from the rest of your life, but is directly connected to it.” One afternoon in 1993, legendary art critic, curator, and interviewer extraordinaire Hans Ulrich Obrist — mind of great wisdom on matters as diverse as the relationship between patterns and chance and the trouble with “curation” itself — sat down in Paris’s Café Select with fellow co-conspirers Christian Boltanski and Bertrand Lavier, and the do it project was born: A series of instructional procedures by some of the greatest figures in contemporary art, designed for anyone to follow as a sort of DIY toolkit for creating boundary-expanding art. Over the twenty years that followed, manifestations of the project popped up in exhibitions around the world, from the most underground galleries to the most prestigious museums. RECIPE FOR BUCKY FULLER Skin but do not stone a peach. Sculptor Nairy Baghramian (2012): I. Start a rumor.

15 Awesome Young Adult Book-Inspired Manicures Ever had the urge to paint your nails to match your favorite book? Check out these amazing nail art tributes to favorite young adult books. Becky at The Nail Art Hobby wears her The Fault in Our Stars pride. Callie was inspired by Will Grayson, will grayson for this set of nails. Check out this entire tumblr dedicated to nerdfighter nails if you want to see more John Green nail art. Rebecca at Rebecca Loves Nails is inspired by Ellen Hopkins’s Glass for her manicure. Amy at Adventures of a Nail Art Addict‘s fierce nails inspired by The Hunger Games. Vicky at Books Biscuits and Tea not only rocks the Divergent nail art, but she has a tutorial so you can get the look if you want it, too. Natalie at Books Etc shows off her fierce Shadow and Bone nails. Thuy at Nite Lite Book Reviews does an amazing job replicating the cover of Laura Buzo’s Love and Other Perishable Items. Jen has an entire Tumblr dedicated to bookish nail art called Pages and Polish. Some Beautiful Redemption nails.

Teach like Batman Laura Thomas at Edcamp Keene asked one of my absolutely favorite questions of the whole thing during her Becoming Badass session (coming soon to a bookshelf near you!): Who are your fictional role models? What are the things they do that help you become a better teacher? The very first name that came to my mind was Batman. However, in the very first Batman comic I ever purchased, Batman 400 (October 1986), Stephen King writes an introduction titled “Why I Chose Batman” that really gets to the heart of why Batman: Batman, however, was just a guy.A rich guy, yes.A strong guy, granted.A smart guy, you bet.But he couldn’t fly. In a world of gods and legends, Batman, a normal guy, stands up and is counted in a way that many heroes with powers aren’t. Given that, how can we teach like Batman? One of my favorite things about Batman is his origin story. Batman is the man with the plan. Do you have contingency plans? Are you as a teacher taking advantage of all of the tools at your disposal?

The Boy with Tape on His Face - Fun and Filth Cabaret 2012: Day 4 ‘Fallen Princesses’: The Amazing Photos of Depressed Disney Royalty The show has been around for almost 20 years, and it’s come back from the dead more than once. This time, though, it’s returning without its creator. After a four-year hiatus, Aaron McGruder’s The Boondocks is coming back to television without Aaron McGruder. Set in the fictional suburb of Woodcrest, Maryland, The Boondocks is an Adult Swim animated adaptation based on McGruder’s long-running comic strip of the same name. The show features the adventures of young Huey and Riley Freeman, transplants to the suburbs from Chicago, and their grandfather, Robert “Grandad” Freeman, a former civil right activist. Two generations of American black men navigating racial politics in a mostly white world. Named after Black Panther co-founder Huey P. Called “the Garry Trudeau of the hip hop generation” by The Washington Post, McGruder’s Boondocks was “one of the biggest comic-strip launches ever” when it was nationally syndicated in 1999, but the funny pages were never McGruder’s first choice.

99 Life Hacks That Could Make Your Life Easier